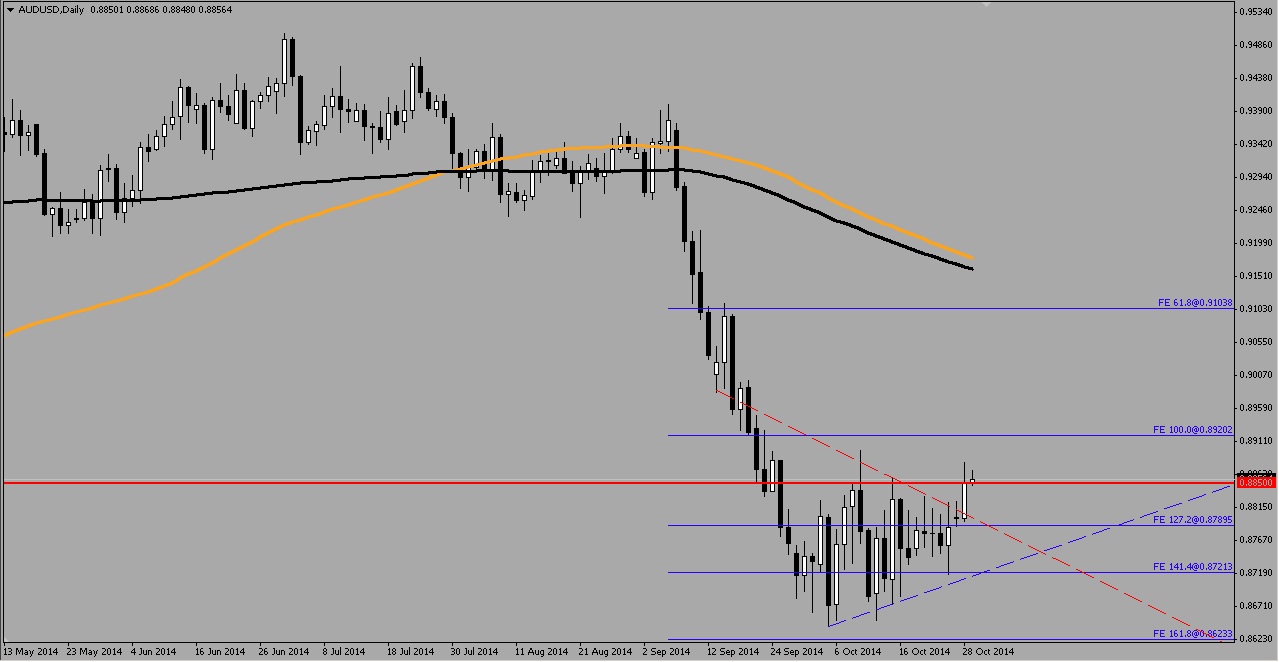 A bullish breakthrough of the symmetrical triangle saw the Daily candle close just below the resistance of 0.885 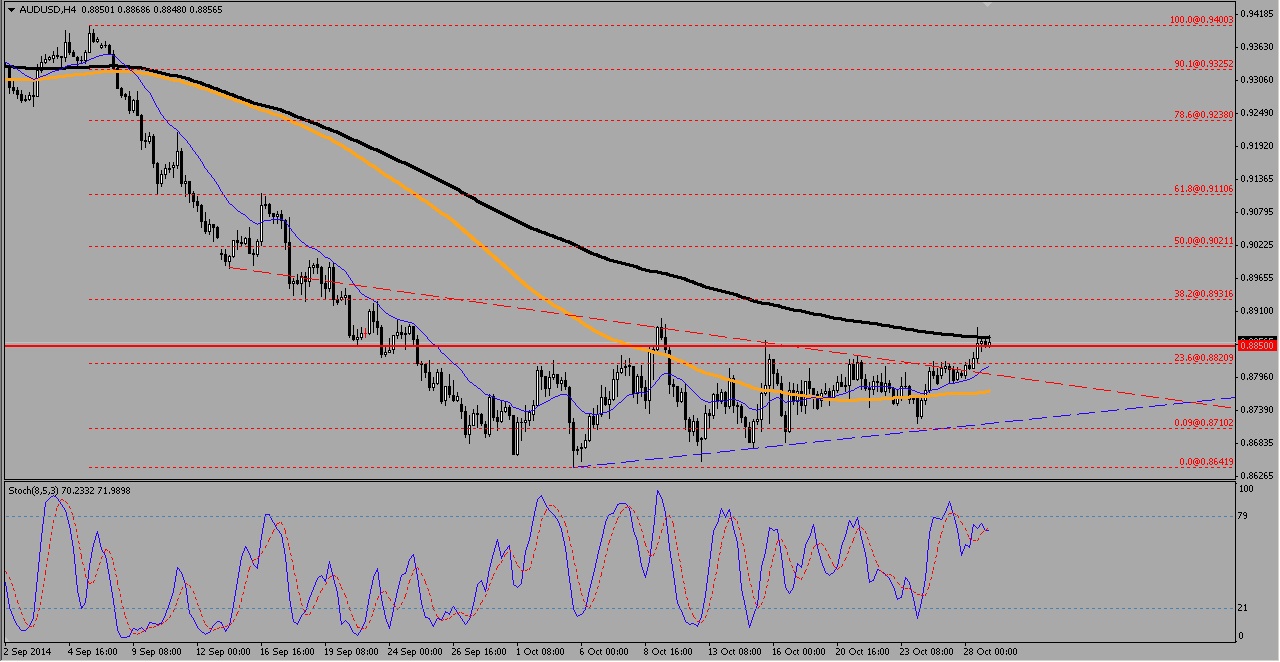 H4 candles shows a consolidation and support at 0.885 and bodes well for carry trades for the Australian dollar 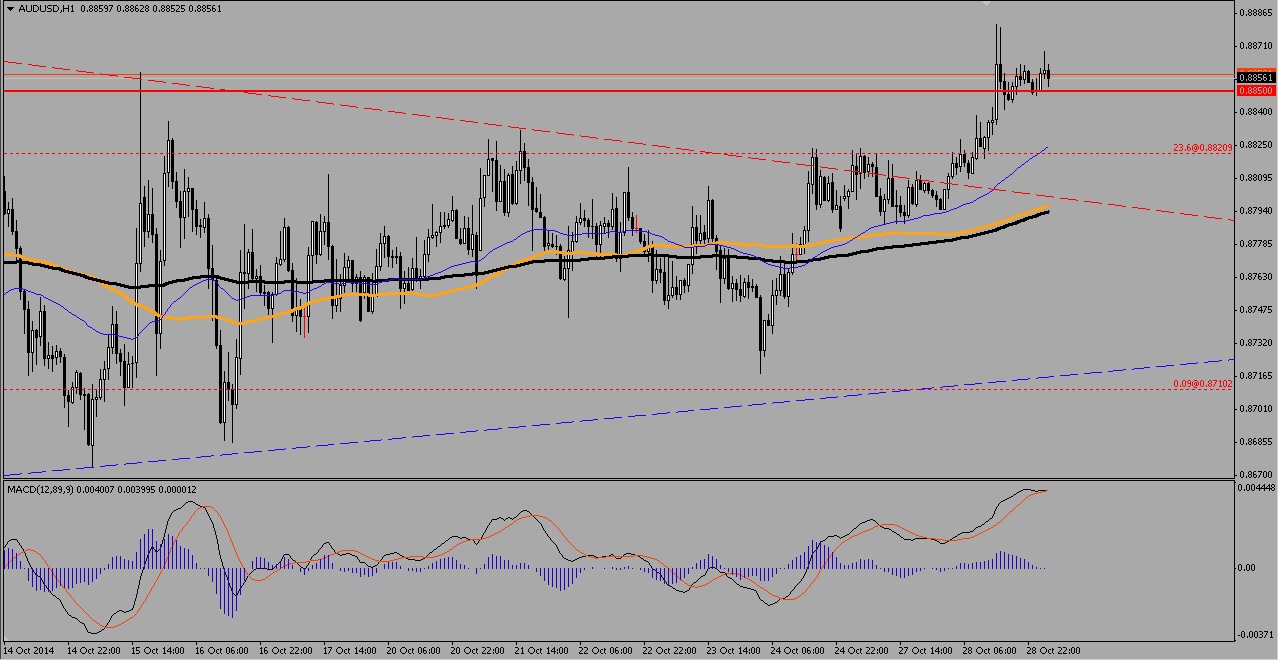 Reattaining the October 15th high, the intraday movement seems to signal a possible retracement as the Traditional MACD overlaps in the bullish zone

U.S Consumer Index rising to a seven year high failed to bring the Dollar back up to speed as Australian dollar rose against its U.S counterparts as policy makers in the Australian Prime Minister's office are in the midst of an unprecedented push to build public infrastructure.To finance this initiative,  regional authorities are busy selling off state assets, supporting investment bankers just as Australian corporate mergers and acquisitions slow down. Australian dollar climbed to the month's highest closing price of 0.885 against the greenback and looks to continue bullish until the Fed announces its decision over the QE tomorrow.