Technically, it seems LTC will rally in the coming days. The following 29 January Litecoin price prediction places LTC/USD and LTC/BTC together and suggest a rally for the two is very likely.

29 January, AtoZForex - With $10 billion market capitalization, Litecoin has dropped to 8th place. LTC/USD currently trades at $180, being one of the worst hit by the current bearish Crypto market. LTCUSD could still go further downside before the next rally. In the last update on LTC/USD, we used the chart below. 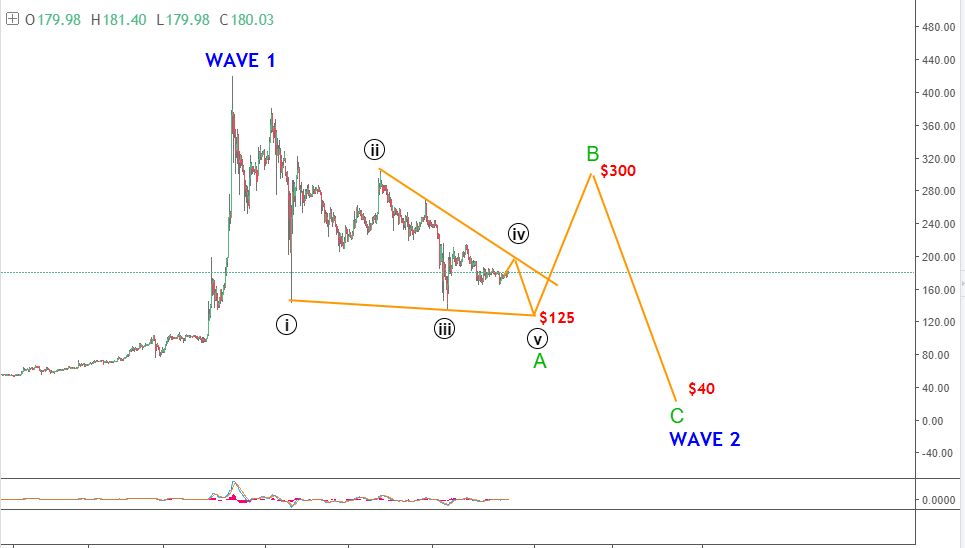 The chart above shows the possibility of a diagonal pattern – this could be a leading diagonal completing wave A of 2. This pattern could complete at $125. If price stays above $125, a rally could happen to $300 in February. This could lead to about 150% rally before the next dip.

The chart above shows an emerging diagonal pattern about to complete. Price could dip to $125 before rallying upside. Could this be sign of a bullish LTC in the coming days/week? Let's check LTC/BTC and see if there is a pattern that supports a bullish move. 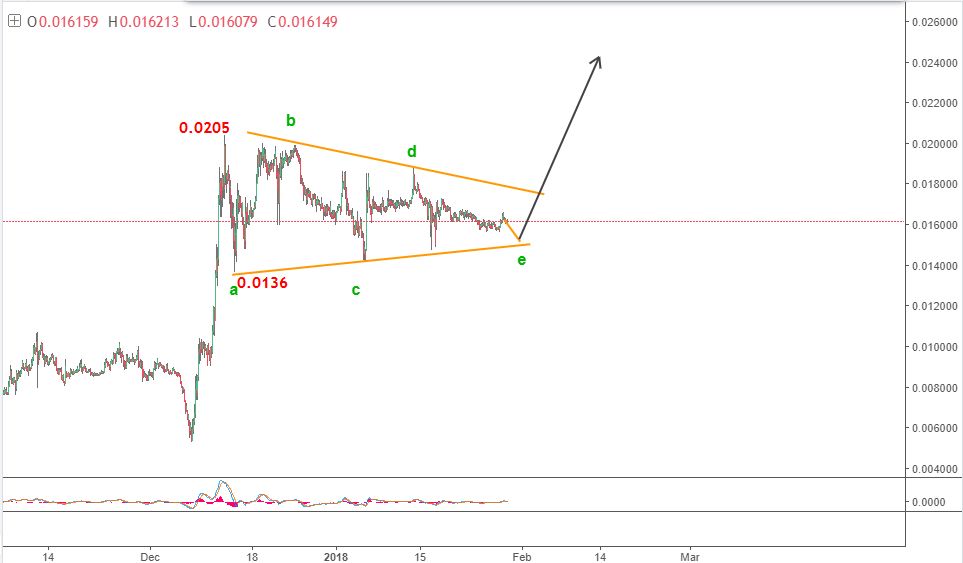 The chart above shows how LTC has fared against BTC since last December. Between 5th and 13th December 2017, LTC/BTC gained about 290%. Since 13th December, price has gone sideways. I have been watching this triangle pattern since the 18th January update (when this pattern was first posted) . There will be a breakout at a point upside or downside. Since the prevailing trend is bullish, it's expected the breakout will more likely be upside. With LTC/USD about completing a diagonal and LTC/BTC completing a bullish triangle, it seems Litecoin could gain significantly this week or next if there is enough momentum in the market. After breakout upside, LTC/BTC will be expected to make a new high above 0.0205 to 0.022 (about 600,000 satoshis away).