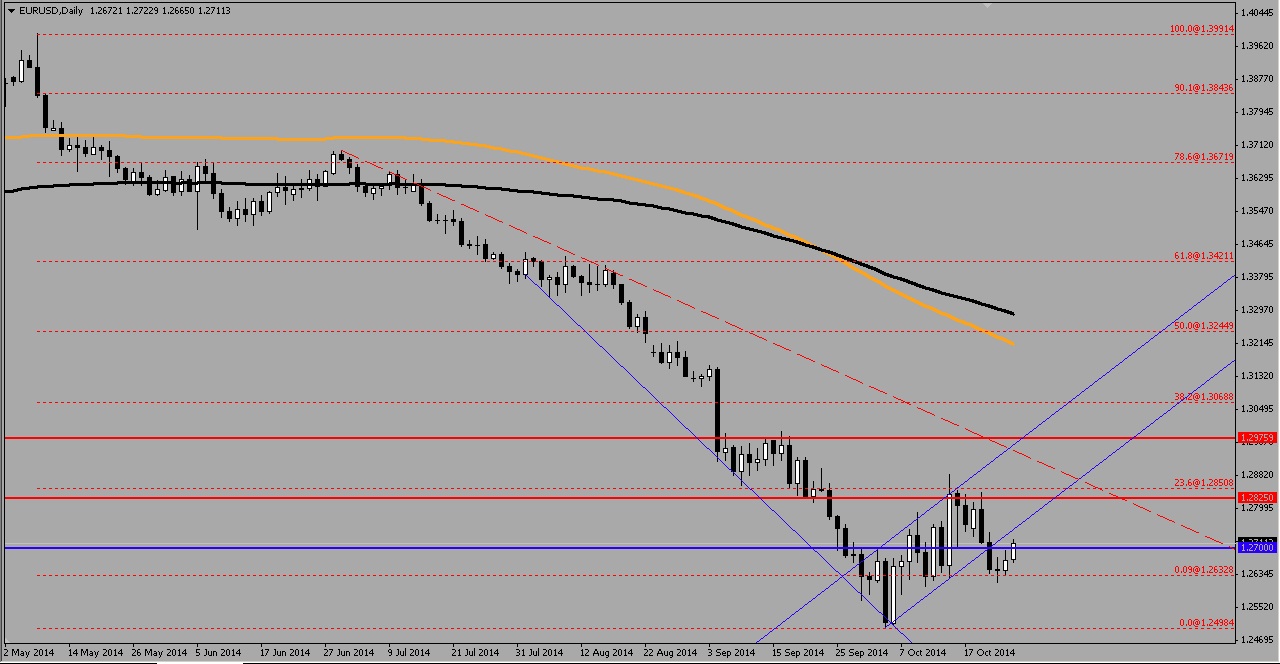 Euro rebounds above 1.2700 despite ECB and EBA stress test proved to be detrimental to the integrity of European banks as Italy bore the brunt of the negativity in terms of preparedness 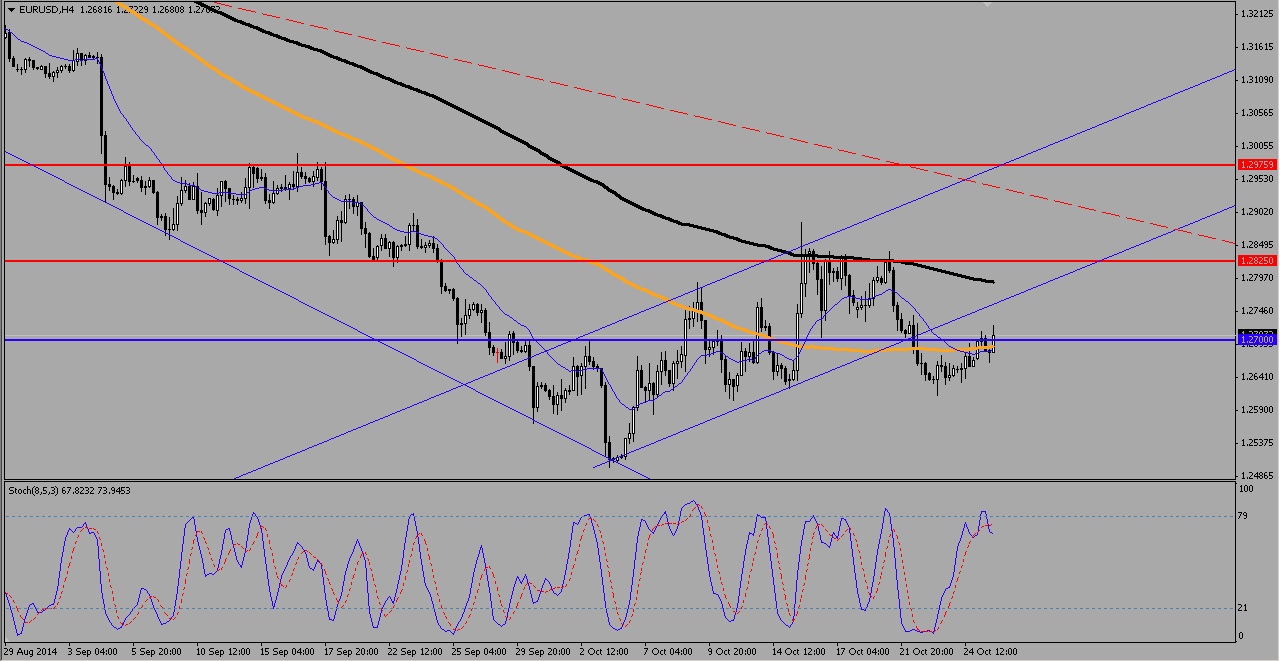 Uptrend channel was broken lower for just a week but the technical support of 1.2600 has proved too strong as the pair climbs despite overbought signals from the Stochastics Oscillator 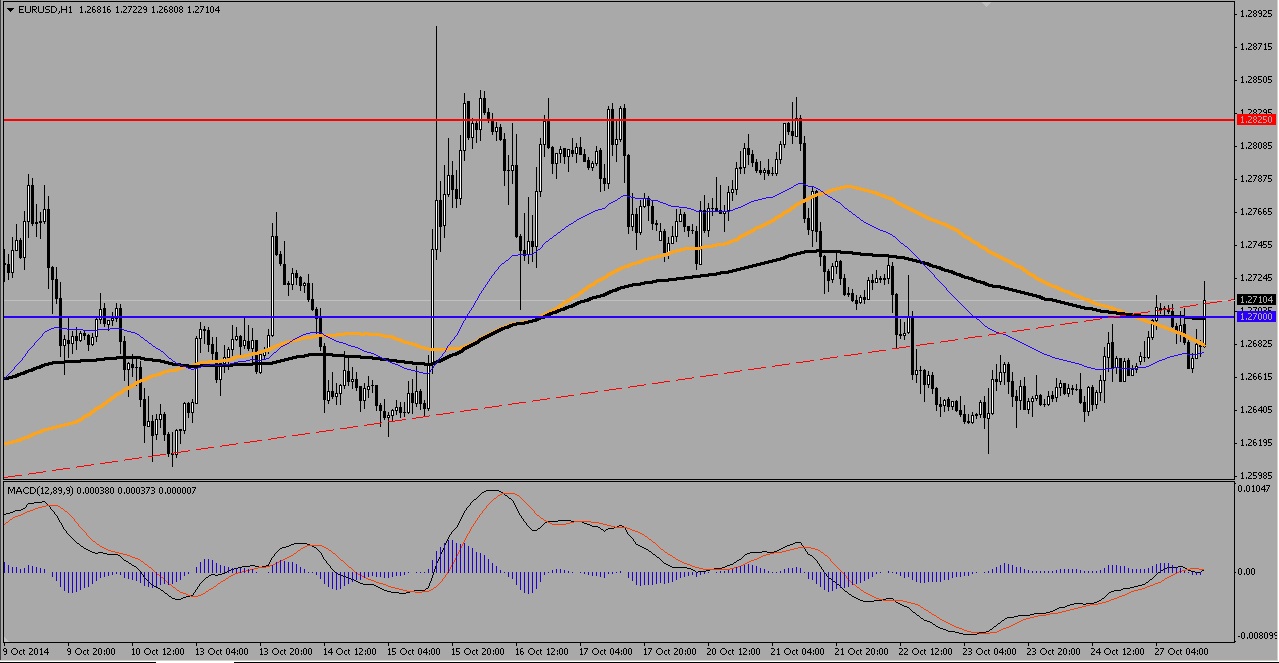 The recent lows have formed somewhat of a trendline which when projected further can be considered a sensitive region for resistance action, and any further break from 1.272-1.274 could see 1.2800 and then the psychological 1.3000 levels revisited.

The German economy contracted in the second quarter and the Ifo institute’s business climate index released today based on a survey of 7,000 executives, dropped to 103.2 in October from 104.7 in September, the lowest recorded since December 2012. Despite the doom and gloom especially after the stress test of banks in Europe, the Purchasing Managers’ Index for the manufacturing industry in Germany and the currency bloc unexpectedly signaled growth in October. U.S Pending home sales data released in Washington yesterday showed less than estimated increment, which sank the U.S dollar against its peers more than expected.

The higher highs and higher lows on the Hourly chart has shown that the markets remained bullish on the Euro despite all the weak fundamentals, perhaps pricing in the effects of the QE-style asset purchases by the ECB. A strong breakthrough and holding above 1.272-1.274 for the EUR/USD could give rise to rallies beyond the 1.2800 level.