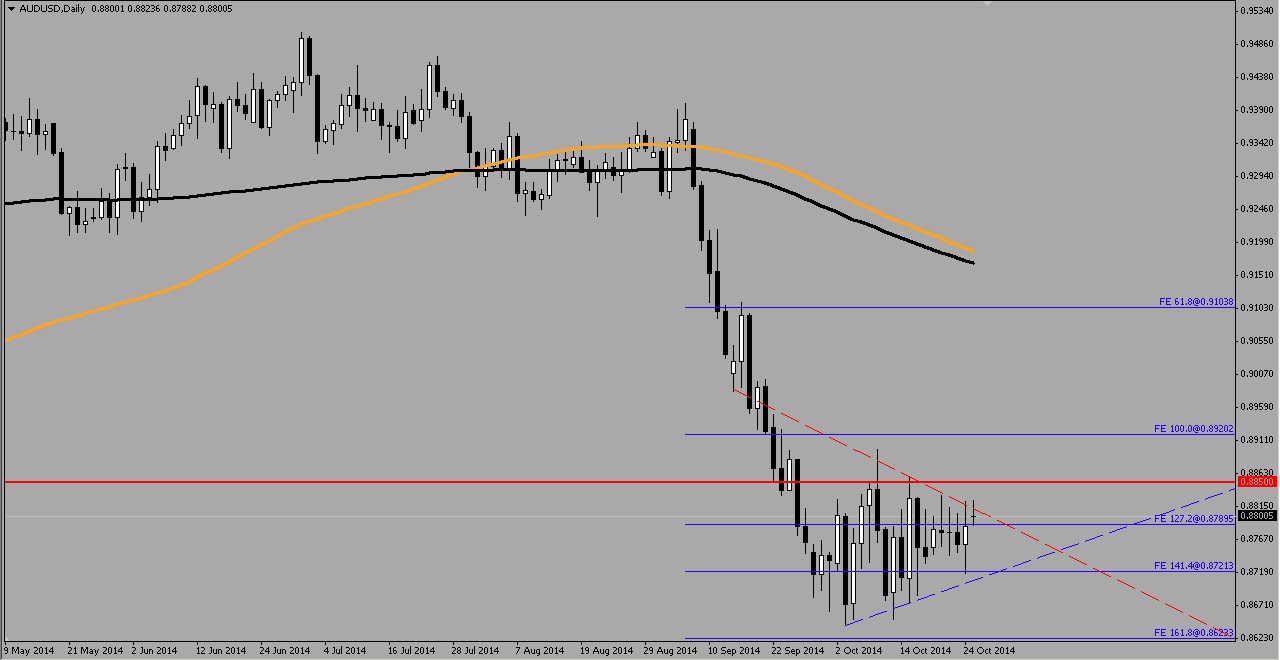 Australian dollar ended the day above the 127.2% of the downtrend Fibonacci Expansion level, leading to possible buying impetus to push it above 0.885 resistance 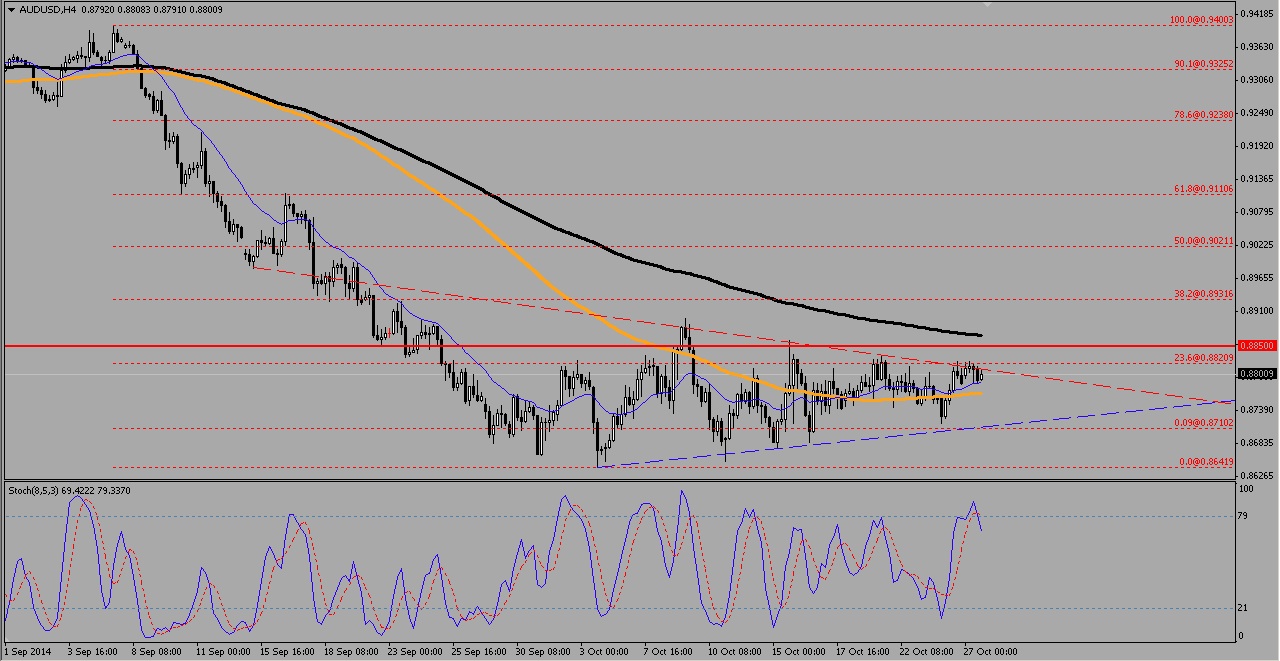 Trading above the moving averages as they hook up, the momentum still remains flat with a bullish bias as markets show signs of overbought and in for a retracement 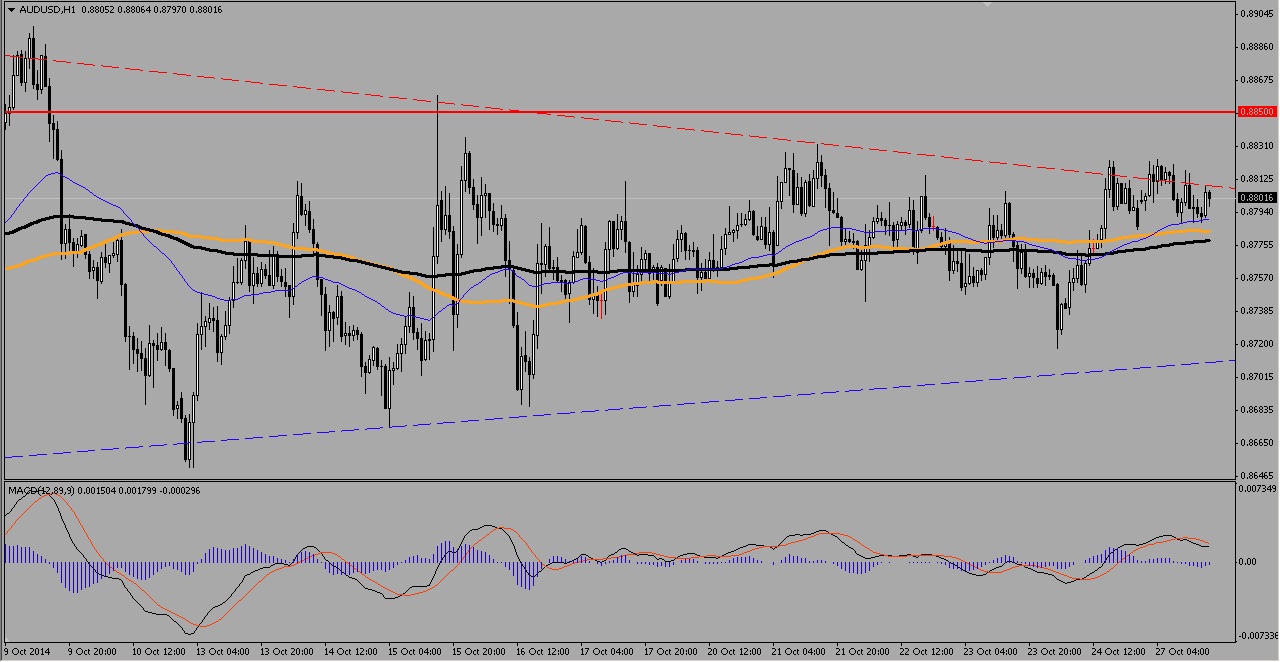 The lack of volatility is evident from the moving averages in the MACD, as prices try to breakthrough the downward sloping resistance trendline in red.

A daily chart clearance above 0.8800 will be a big draw for buyers to push the rate up higher as the resistance has held since October began and not before the FOMC meeting minutes the market may be in for short term trades towards the next resistance of 0.885 as shown by the red line.