Bitcoin has made about 47% recovery to $16500 after the bearish dip to $11200 resulting in the biggest fall this year. Will the fall continue in the coming days? Here is 28 December Bitcoin price prediction based on Elliott wave theory and other technical methods.

28 December, AtoZForex – Some Bitcoin investors and traders actually think price will continue to soar and many didn’t prepare for an imminent fall. Bitcoin like every other instrument usually undergoes a trend moment and a correction moment. While I do not think Bitcoin will crash, we could yet see the biggest dip this year continue even further. Most of my reasons are based on combination of some important technical tools. I still believe that the charts provide a lot of useful information as to the near term and short term development of an instrument. Why not the Bitcoin with its huge volume and acceptability?

In the last update, I used the Elliott wave theory – my favorite technical forecasting tool. I suggested that price was to correct deeper to $8000-$9000 after a short recovery to $16000 from $11200 low. The chart below was used. 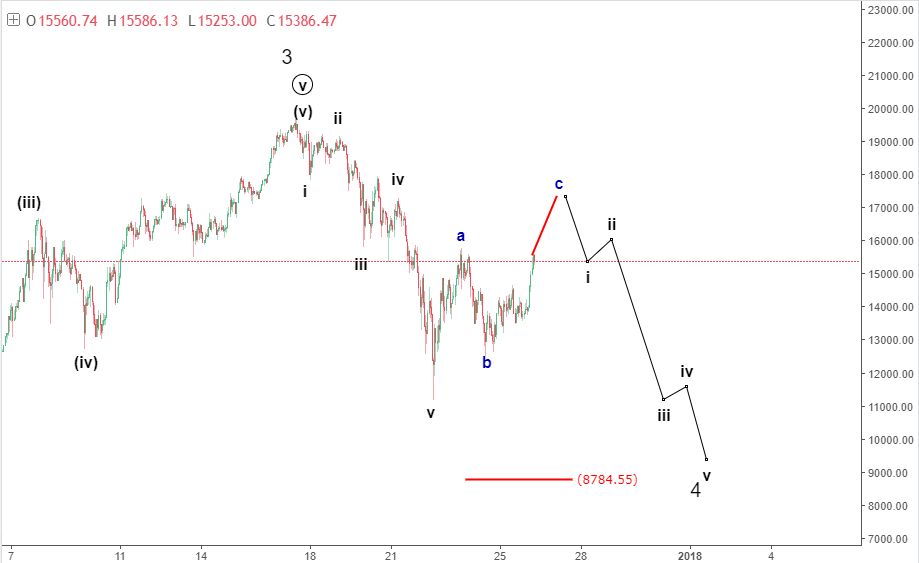 Price did almost exactly – rallied to $16500 and started falling from there. The forecast is still valid. In this update, I will use two more technical methods to solidify this possibility. 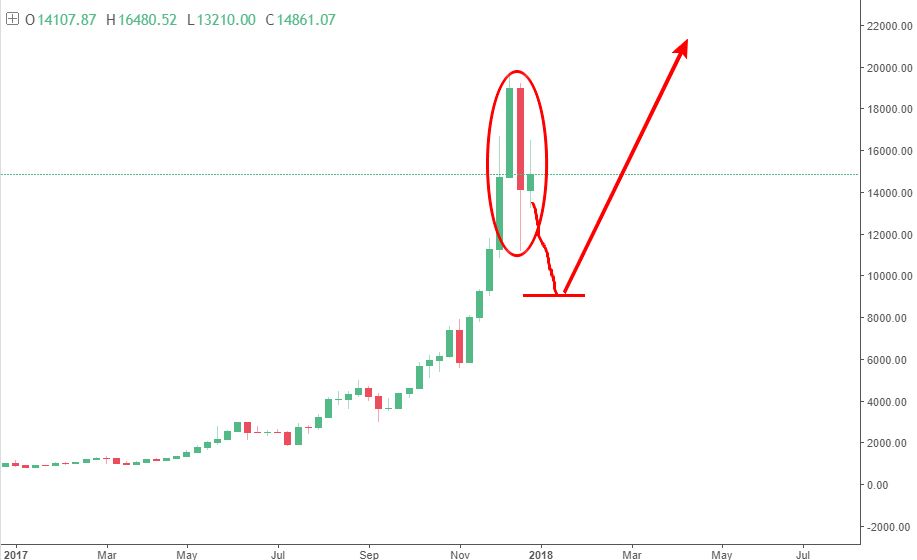 The dip from from $19700 to $11200 completed an engulfing pattern on the weekly chart. Technically, more bearish move should follow. This could actually be as a result of huge sell off by some big investors. This could also come with some panic as selling could continue. Confidence should eventually be restored and price would jack up. 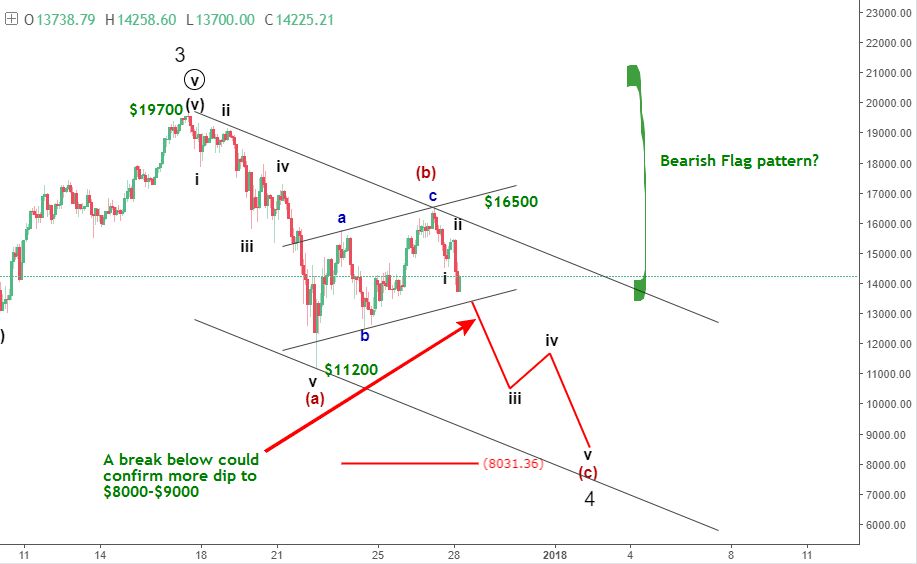 The corrective wave 4 is exhibiting the properties of a zigzag pattern – 5-3-5 (wave a-b-c). Wave b could have completed at $16500 and wave c dropping further to $8000. Subsumed in wave a-b is a bearish flag which is a continuation pattern of the immediate trend. The immediate trend now is bearish while the over-all trend is bullish. A break below the inner channel could be the confirmation the bears need to drive the point. Unless a sudden break above $16500 happens, I strongly believe the immediate direction is still bearish. Stay tuned for the next update.