EURUSD touched and broke slightly above the 1.19 technical level after more than 2 years below it. The rally has persisted from the beginning of the year. Will this breakout lead to higher levels. The following shows the next level to watch for based on 28 August EURUSD Elliott wave analysis.

28 August, AtoZForex – Last week, we looked at price rallying further above 1.19. We had an alternative scenario expecting price to go deeper to 1.15 before the rally resumes. The alternative watch watch was necessary since the dip from 1.19 was shallower that expected. The bullish scenario was to stand if price still remains above the channel level we used in 21 August update. Elliott wave theory helps us to have different scenarios to cover the most likely ways price could move. The alternative scenarios help to exit early enough if the preferred scenario is not playing out as expected. This can also be an exit method. Let’s review the last update.

In the last update, we used the chart below as an alternative view if the preferred scenario doesn’t play out.

Further rallies could be seen to 1.185 or below before the bearish correction resumes. A break below 1.1740 (wave b low) will validate this setup. The rally should take over if price breaks above 1.19 top and this forecast will be dropped for our initial forecast.

The chart below showed our initial forecast. 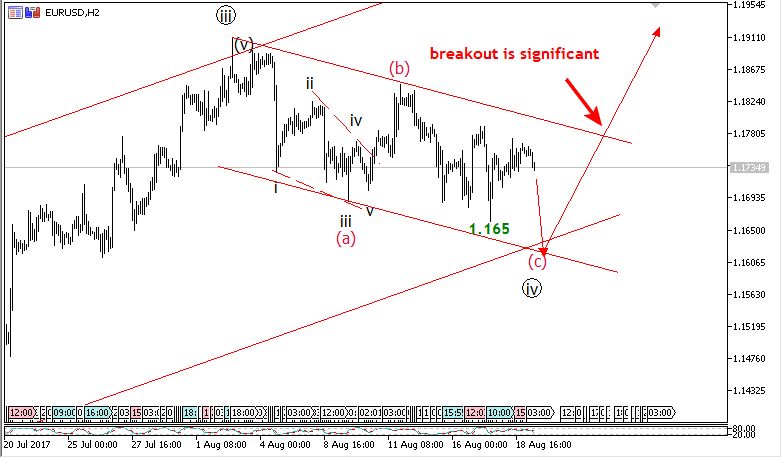 The zigzag pattern is within a channel. Price made an intraday low last week at 1.165. The pattern might have ended there thereby needing a break out of the channel for confirmation. Otherwise, price could make a new low just around 1.16 before making the breakout. The two scenarios will require a breakout for confirmation. The bullish expectation will be invalidated if price makes a significant break below the large rising channel.

There was a breakout as expected thereby making the correction to end at 1.165 as shown in the chart above. Since then the rally has continued and broke above the 1.19. This scenario has played out well without much interruptions. 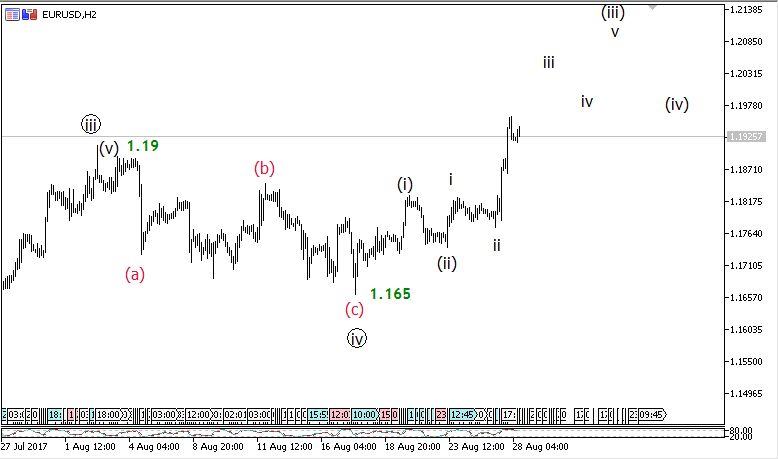 Tags Elliott wave analysis EURUSD
Forex Crypto
Top 5 Forex Brokers
Top 5 Crypto Exchanges
Your subscription could not be saved. Please try again.
Thank you for subscribing. You will be the first to receive all the latest news, updates, and exclusive advice from the AtoZ Markets experts.
Everyone is reading
Is Forex Trading Halal or Haram in Islam?
Top 5 cryptocurrencies 2021 | Best Cryptocurrency To Invest
How to Setup Monero Mining in 2021?
close ×