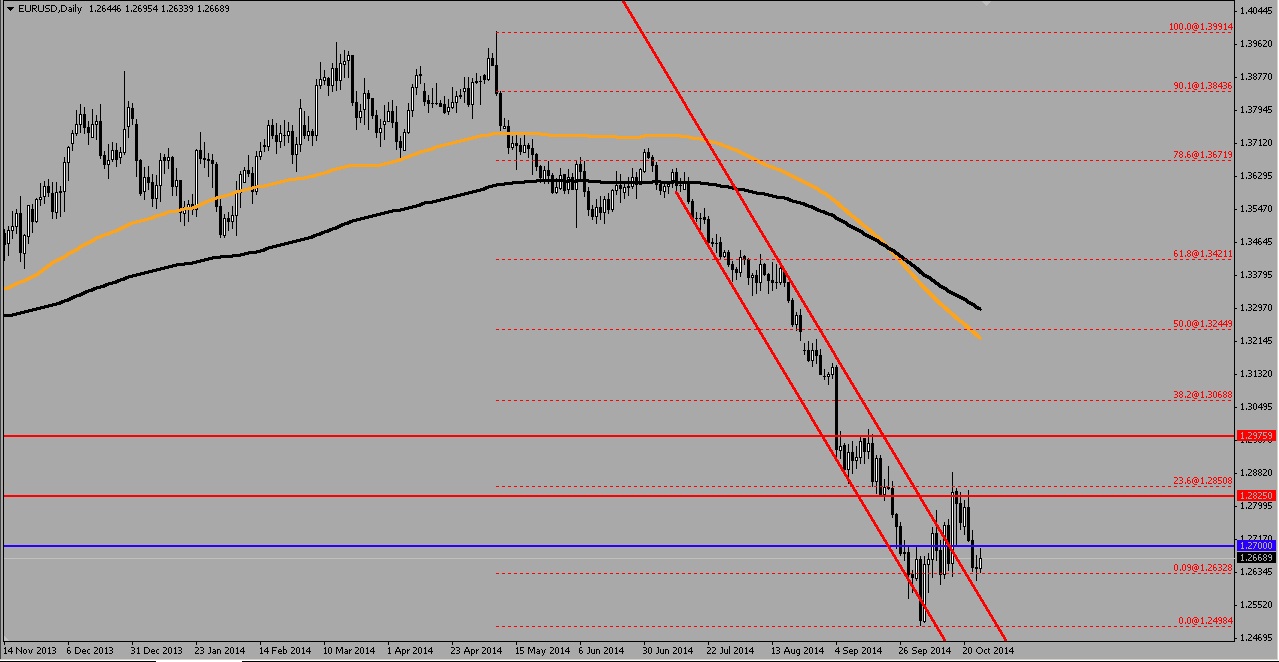 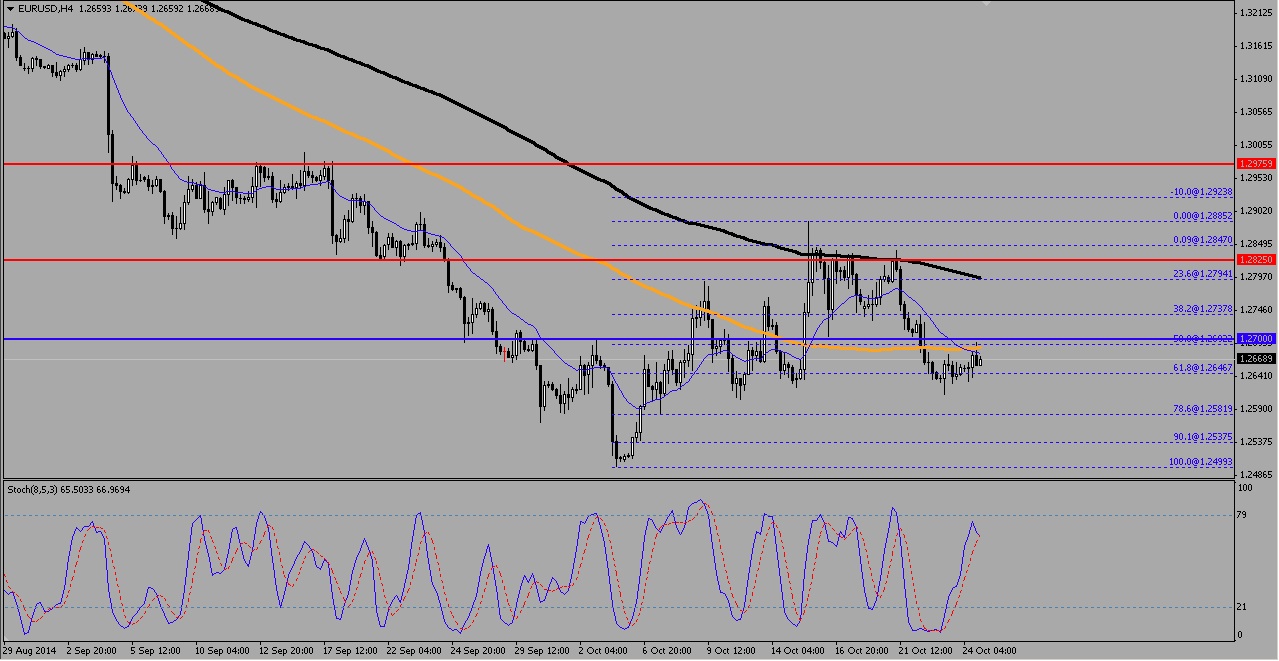 A rebound off 61.8% of the Fibonacci Retracement could see bullish trend to resume if 1.2700 is overcome 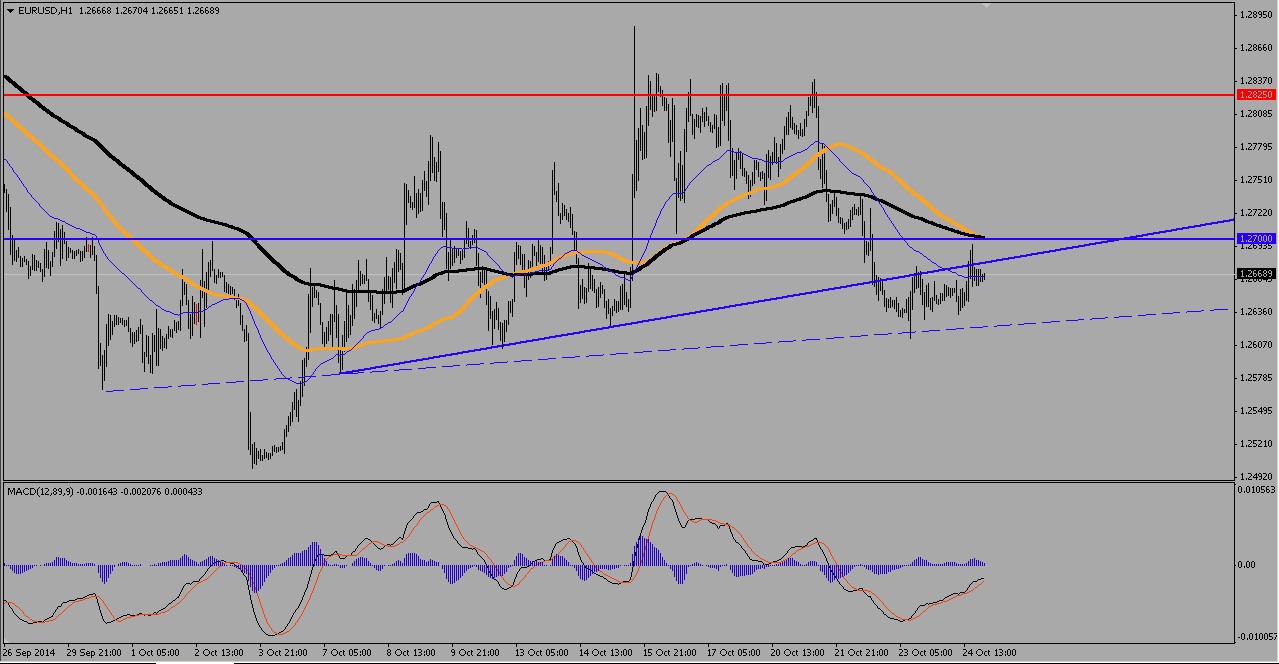 By the two trendlines on the Hourly charts, the higher lows seem to push the chart into a sideways movement with a slight bullish bias

The ECB and European Banking Authority (EBA) have announced its stress test results over the weekend, failing 25 banks with Italy bearing the brunt of most of the shortfalls as none of Europe’s largest banks failed, with French and Spanish institutions passing the test, while no German one was required to raise more capital.

The 2014 EU-wide stress test is coordinated by the EBA and is carried out in cooperation with the European Central Bank (ECB), the European Systemic Risk Board (ESRB), the European Commission, and the respective authorities from all relevant national jurisdictions.

A look at the monthly chart shows the price movement gingerly perched at the 200 monthly average as the impending market reactions to QE- styled bonds and securities purchase, as well as the response to the stress test results, will shape the direction of the Euro. The bullish retracement on the near term looks likely to follow suit as sub 1.2500 levels are unlikely to reoccur so soon, but a retest and failure at resistance of 1.282 may signal bears to enter aggressively from there on to carry on the swing for a bullish USD ahead of the 2 day FOMC meetings and a bearish call on the Euro on the brink of a second recession.

EUR/USD, GBP/USD, BRN/USD and BTC/USD 2 September Live Entry Points
Forex Crypto
Top 5 Forex Brokers
Top 5 Crypto Exchanges
Your subscription could not be saved. Please try again.
Thank you for subscribing. You will be the first to receive all the latest news, updates, and exclusive advice from the AtoZ Markets experts.
Everyone is reading
The Legal Battle Between the SEC and Ripple Continues
Binance Cancels Cryptocurrency Trading in Australia
Dogecoin Crashes and Bitcoin Market Awaits Fed's Meeting
close ×