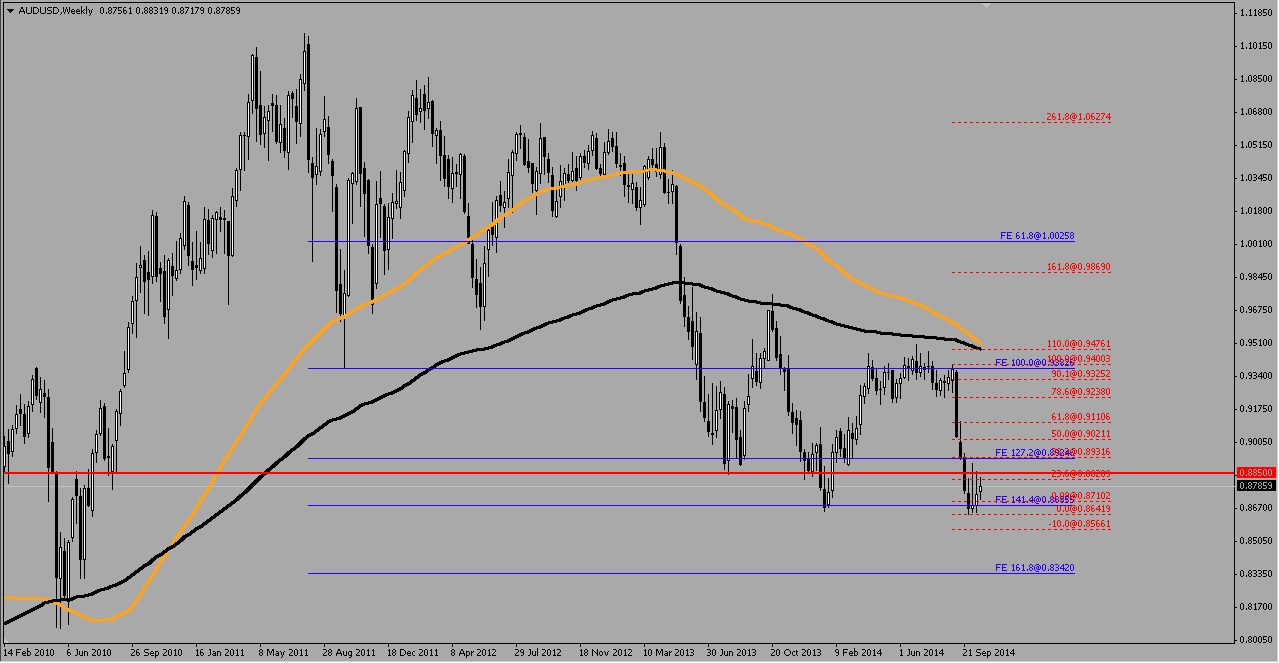 Weekly charts show that the Australian dollar gained in the week but remained below resistance of 0.885 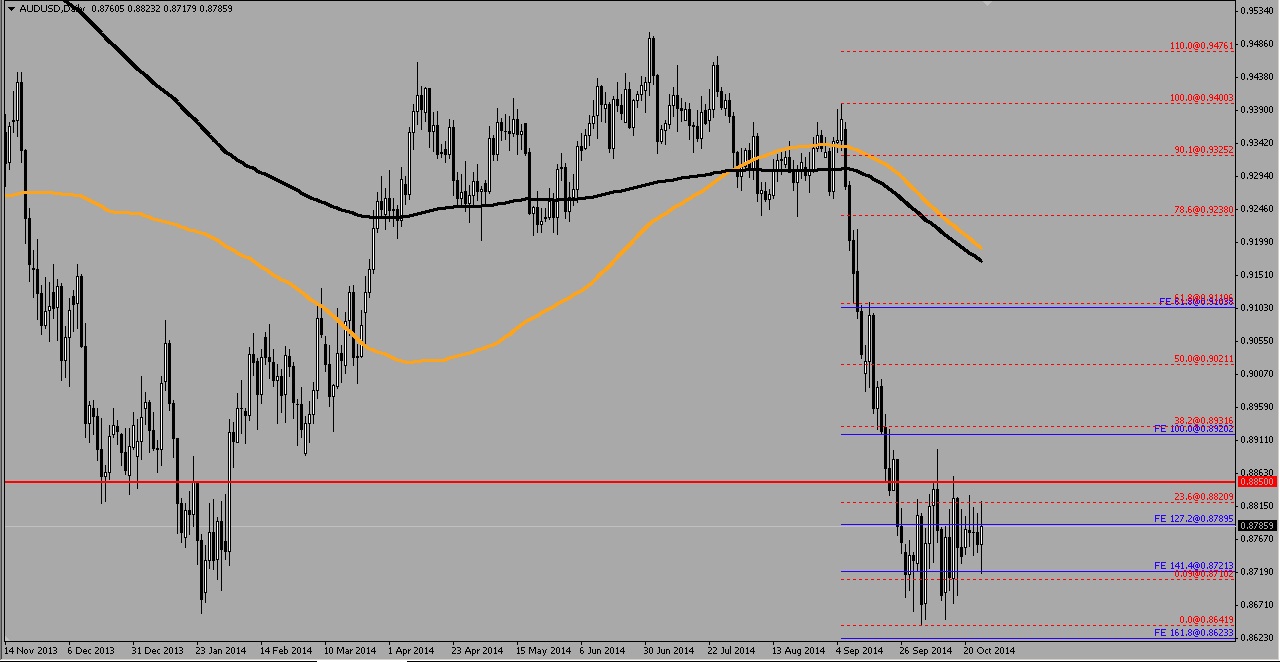 Despite attaining 0.882 the pair closed the trading week below 0.879 as the sideways range continues 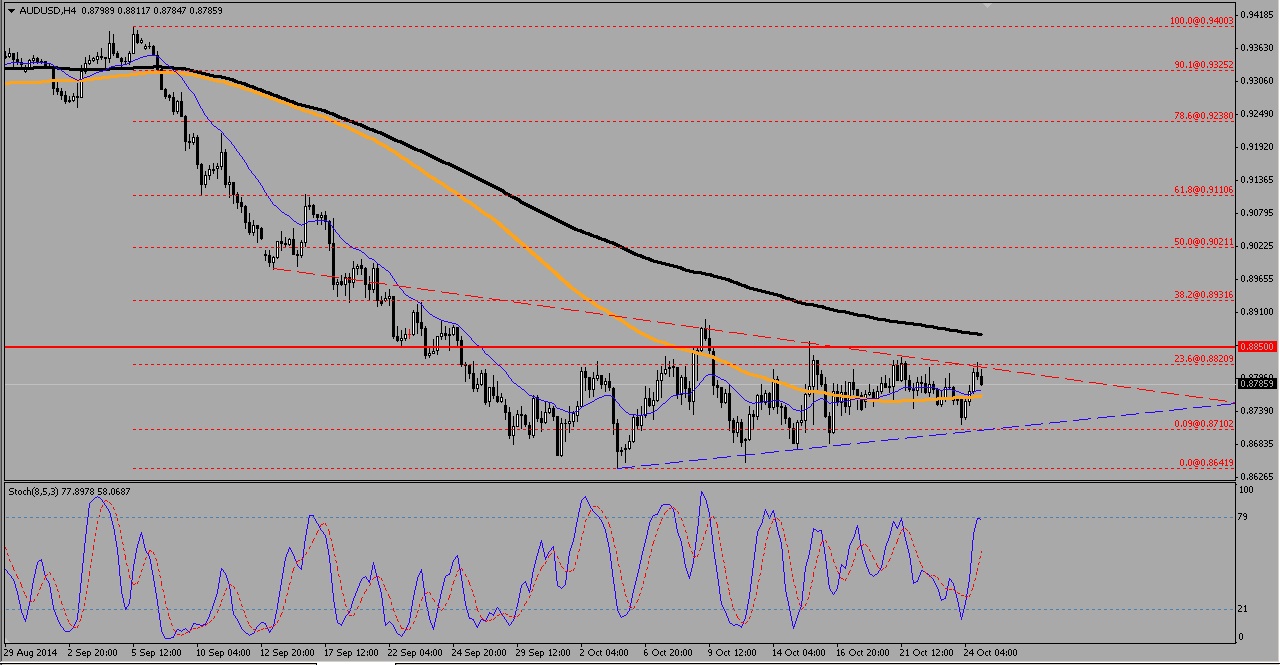 The market continues to converge as the symmetrical triangle awaits a breakout due to lack of fundamental backing from both the RBA and the Fed.

The lack of fundamental backing on the Australia dollar has seen the pair consolidate for the week against the greenback. The coming week is likely to be silent on the Australian economy but more is expected as the Fed meets and releases the minutes of its 2 day long meeting with focus likely on the decision over the QE’s closure and rate increase timeline.

Australian dollar remains sideways until 0.885 is broken strongly and continues uptrend, otherwise, the bottom of the symmetrical triangle in blue holds as the closest support towards 0.864-0.8500 levels.