BTCUSD gained 3% in just about 24 hours into the new week after price broke above the $9000 mark. The 3rd minor wave is reaching the last stage. Will there be a dip this week? The following analysis is based on 27 November weekly Bitcoin Elliott wave forecast.

27 November, AtoZForex - Last week market capitalization and volume increased gradually with price making a 13% increase. Market closed at $8790 last week. In just about 24 hours in the new week, a rally to $9600 has been seen to continue the 3rd minor wave. The sub-wave 5 of the 3rd minor wave is extended. Volume this week soared to 6 billion from opening 3.15 billion last week (about 45% increase) and market capitalization at about 156 billion from 129.6 billion last week. All the market indices are on the high.

Our forecast last week expected price to rally to $9000 before the next dip. We believed that the 3rd minor wave was in the final stages. Price still has a long way to go upside, so buying each dip seems to be the most sensible thing to do as the bullish strength increases. In an earlier update, we spot the dip to $5500 that lead to the current rally which could end up at 100% price profit at $11000. The following chart was used in the last update. 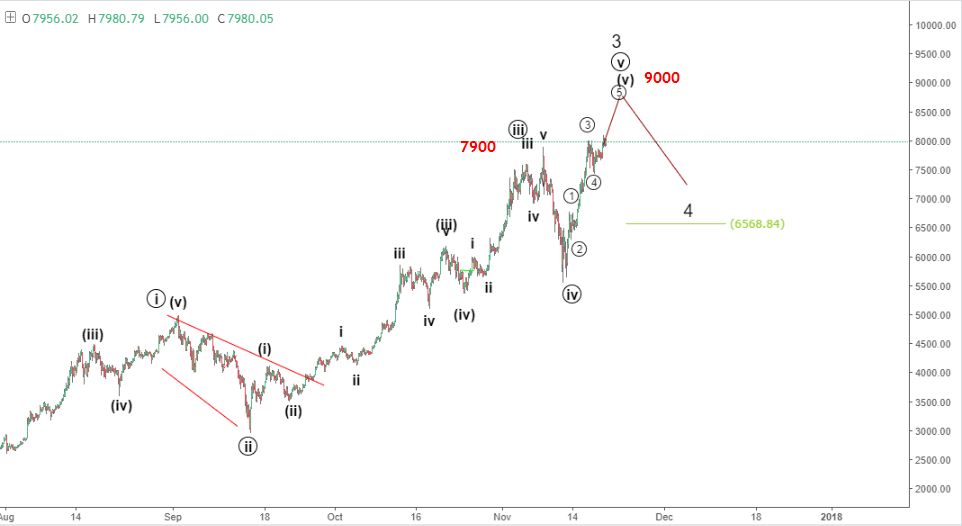 The chart above shows price played out just as expected. Based on the present price action and pattern emerging, what should we expect this week?

Price is about to complete the 3rd minor wave with the sub-wave  5 probably extending to $9000 and that is expected to happen this week. We may not know how fast this will be. There is a strong likelihood of another drop from $9000 to $6500 region as price may head downside for minor wave 4 which may start this week as well. 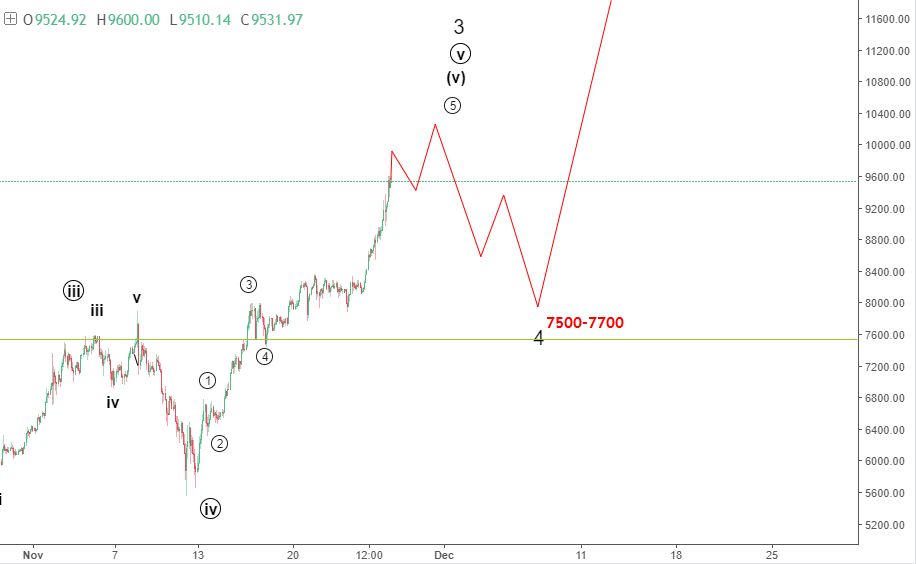 Price moved even bigger than expected. Now heading to $10000. The 5th sub-wave of the 3rd minor wave is extended. I expect price to $10000-$11000 before the next dip. If the dip happens as expected, price could close lower this week than it opened. Stay tuned for the next update.