ETHUSD made a strong bullish breakout last week after a triangle pattern completed. Price rallied above the preious $420 high thereby making a new all-time high at $486. What should we expect this week? The following analysis is based on 27 November Ethereum Elliott wave forecast.

27 November, AtoZForex  - In our previous updates, we discussed about the high probability that ETHUSD would break above the $420 all-time high. Price stayed within a triangle pattern for about 6 months before the breakout. Often times, when price  breaks out of such a pattern, the move that follows is usually big. No surprise that Ethereum followed the same expectation. The triangle pattern is our preferred count  and is shown below. 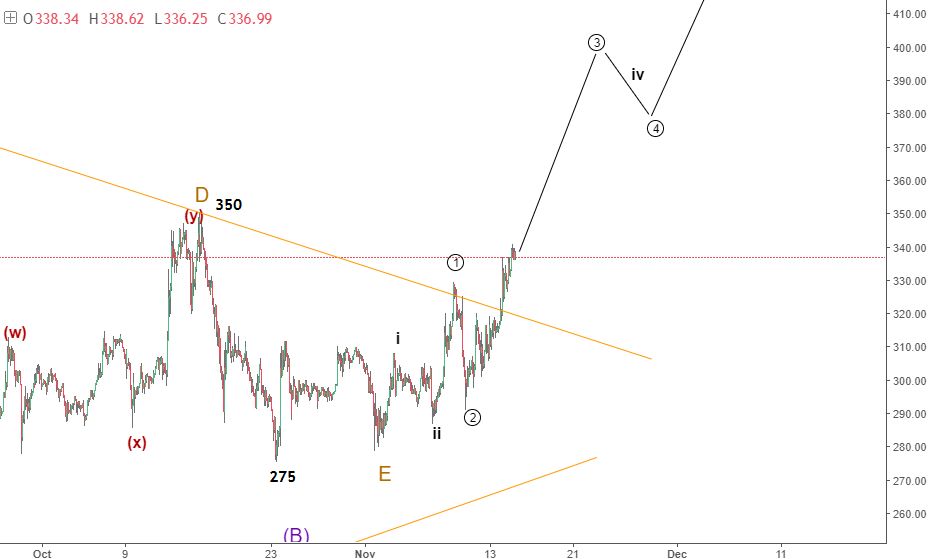 With price closing above $360, this scenario has been fulfilled and the rally is expected to continue this week toward $420 top. The forecast took wave E has a ‘truncated’ 5th leg of the triangle.

This wave triangle pattern was truncated at wave E i.e wave E was shallower than expected. A breakout was needed to confirm that price would resume upside breaking above $350, $395 and $420 highs. In the last update, we posted an alternative that showed the possibility of price making one last dip before the breakout. The chart below was used in the last update. 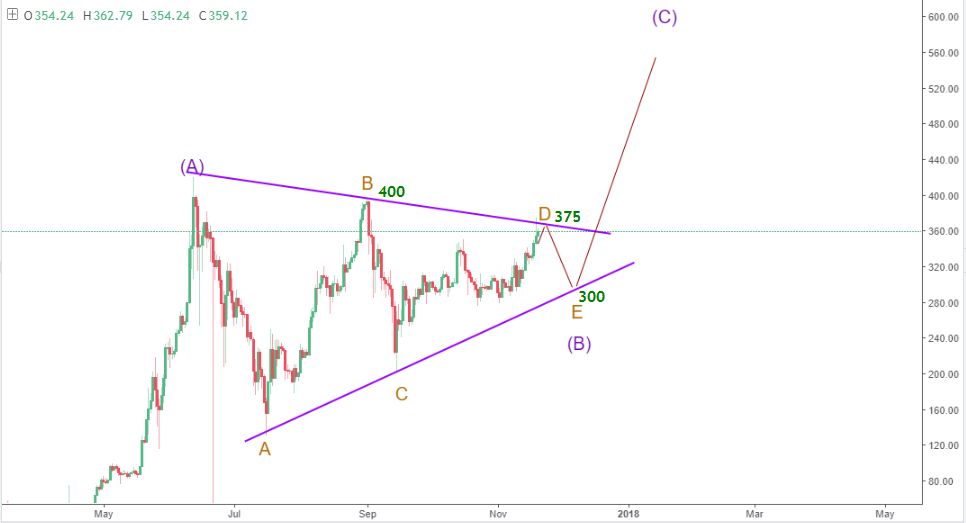 Unless there is a strong break above $375, price could be resisted by the trendline and make a bearish drive to $300 before a strong break upside. If price breaks above $375, we should expect more move to $400 and $420 this week or next.

Price broke above $375 to uphold our preferred scenario. The chart below shows what we have now. 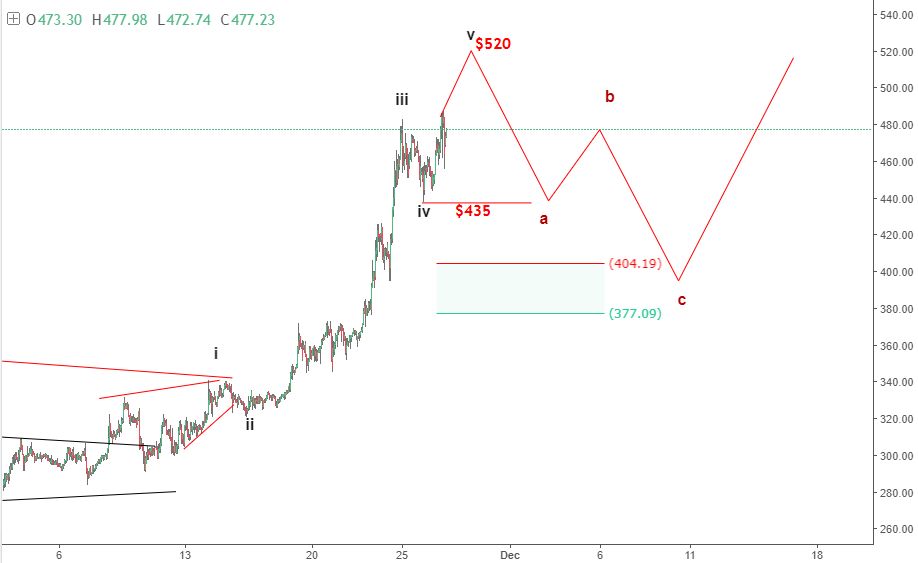 Since the breakout, $420 has been taken out. With price heading to go above $500, a new high will be formed. The chart above shows the wave count after the breakout. An impulse wave signifies the end of the sideway move. Once this pattern is complete, a 3-wave dip should follow to $375 -$400 before the bullish trend continues. I expect price to make a new all-time high this week then followed by a corrective dip. Stay tuned for the next update.