Despite the OPEC/Non-OPEC Oil producers’ agreement, Crude lost $10 (-19%) in just about a month from late May to late June. About 5% has been gained so far from last week as we see rally from $42 to more than $44. What should we expect next from the 27 June Crude Oil Elliott wave analysis perspective.

27 June, AtoZForex – Since 2016, when the strong rally started from $29, it was clear that a diagonal pattern would follow many years of an impulsive fall from grace. The success of different Oil cuts meeting also helped in this recovery. In recent weeks price fell from $52 losing $10 after the diagonal pattern completed. The diagonal pattern had a truncated last leg as what was expected to be a $58 rally was cut to $53.7. What should we expect next?. Let’s review the last update. 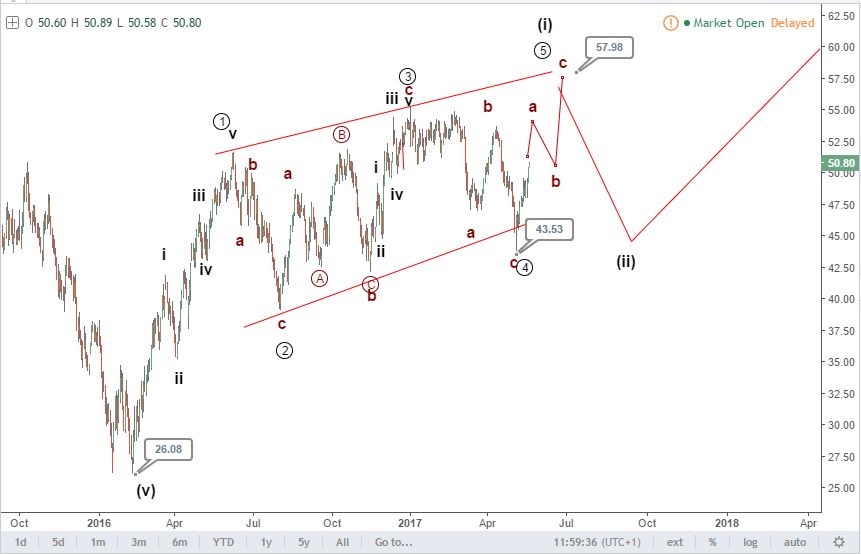 The chart above was used in the original forecast and price unsurprisingly rose toward $53 in an effort to complete the diagonal. The move was truncated and we made a new call with chart below. 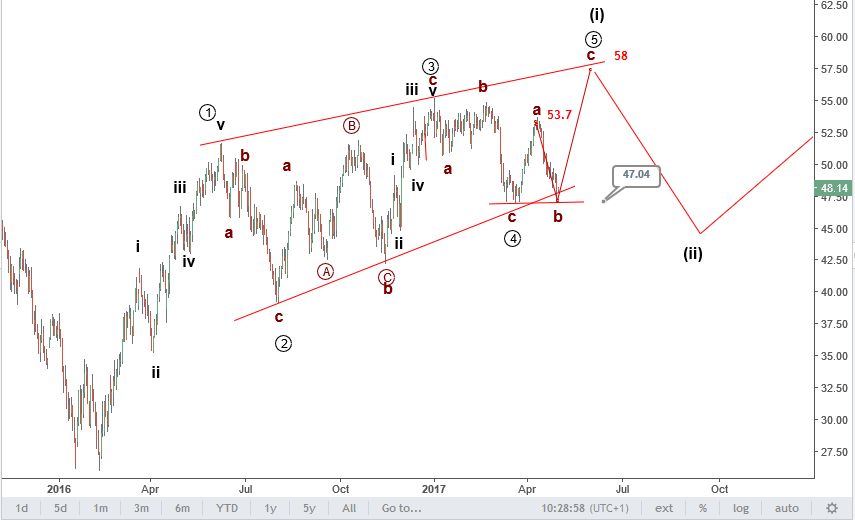 If price breaks below $47, it could actually mean that the diagonal has completed at $53.7 with a truncated 5th wave. A 3-wave correction to $40 may be seen to complete larger degree wave (ii) before a very strong rally push price to a new high above $75 P/B

Price broke below $47 to complete the diagonal pattern which now looks like an a-b-c correction that follows a motive wave as shown in the chart below. 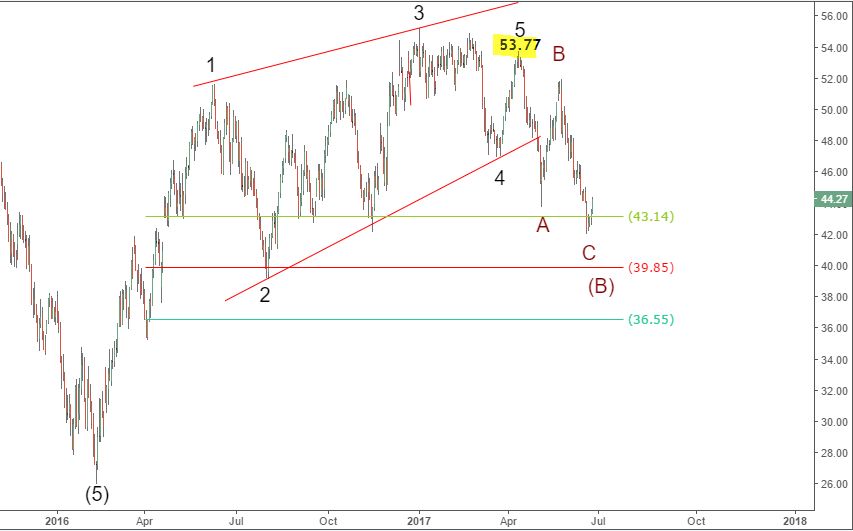 There is not enough information that the bearish correction has ended. Price could still dip further to $39-40 or deeper to $36.5. What is important to note is that a strong rally is imminent. A kind that could drive price to the $70 regions. The chart below shows the last leg of the correction. 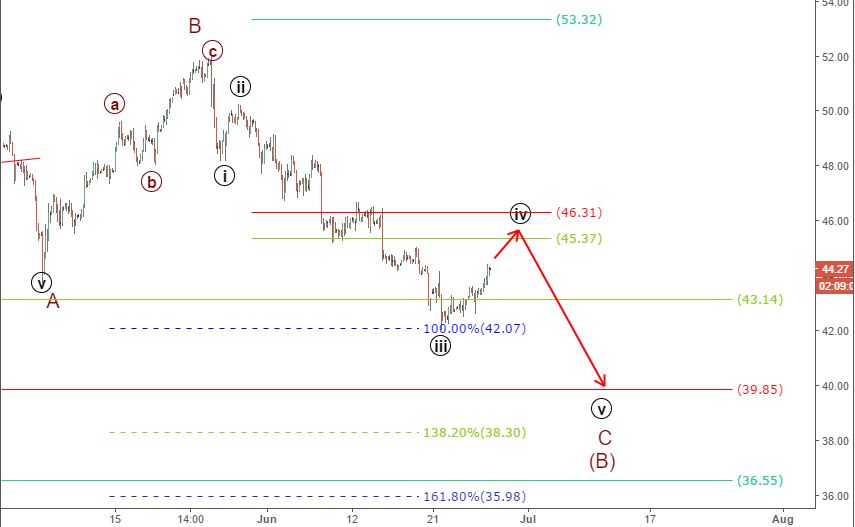 The recent gain may persist to $45-46 before price crash further to complete the bearish correction. Alternatively, a break above this level could mean that the rally is ready to resume since wave a and b of the correction are equal at $42. Wave a and c of a zigzag pattern are usually equal. An intraday short opportunity can be spot at $45-46 if not bridged. Once price shows the correction is over, we can  watch as price rallies toward $70 probably in the second half of 2017.