The following presents further intraday bearish opportunity in EURUSD based on 27 February EURUSD Elliott wave setup. After a bearish end to last week, we saw an early London bullish drive. Does the early rally appear to be real?

27 February, AtoZForex – Before the end of the last trading week, we saw bearish flashes after a bullish correction which dominated the later stage of the week. This week saw some bullish effects in the London market, we look at the most likely emerging pattern and price levels to look for. The chart below shows an updated Elliott wave analysis with some adjustments to the one we have been using. We should notice that the bearish strength is still strong. There are alternative wave counts but this appear the most logical. 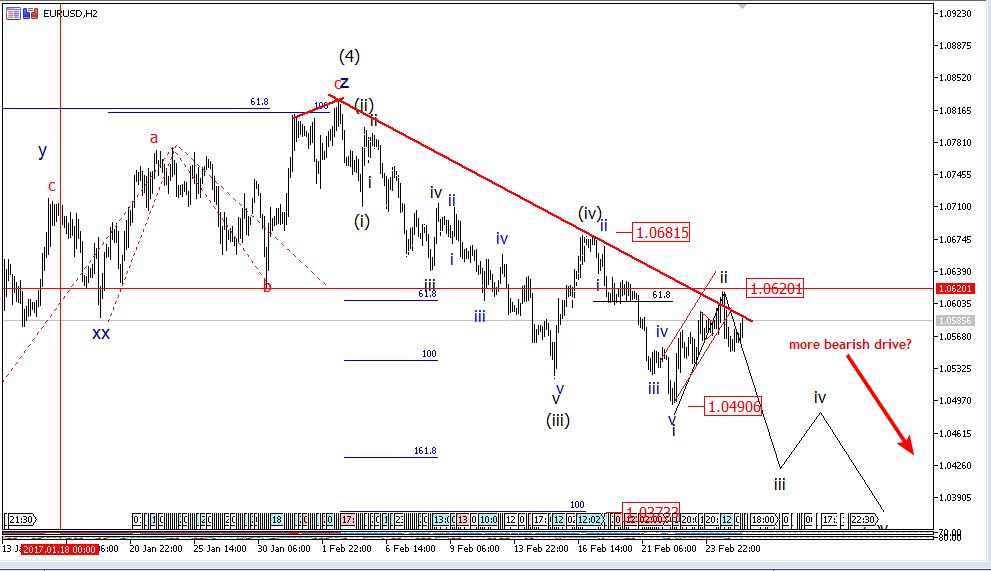 The chart above shows price falling within a trendline. The bearish move since the end of the triple zigzag has a good chance to continue. Price is probably in the 5th wave of the resultant impulse wave. All focus is now on the sub-wave (v) which has completed its 1st and 2nd wave. The 2nd wave of (v) is a clear double zigzag pattern which completed last week. Price reacted with bearish drive after the completion. With the recent intraday rally, what should be expected next?

The chart below shows the sub-waves of the triple zigzag and how price has reacted so far. 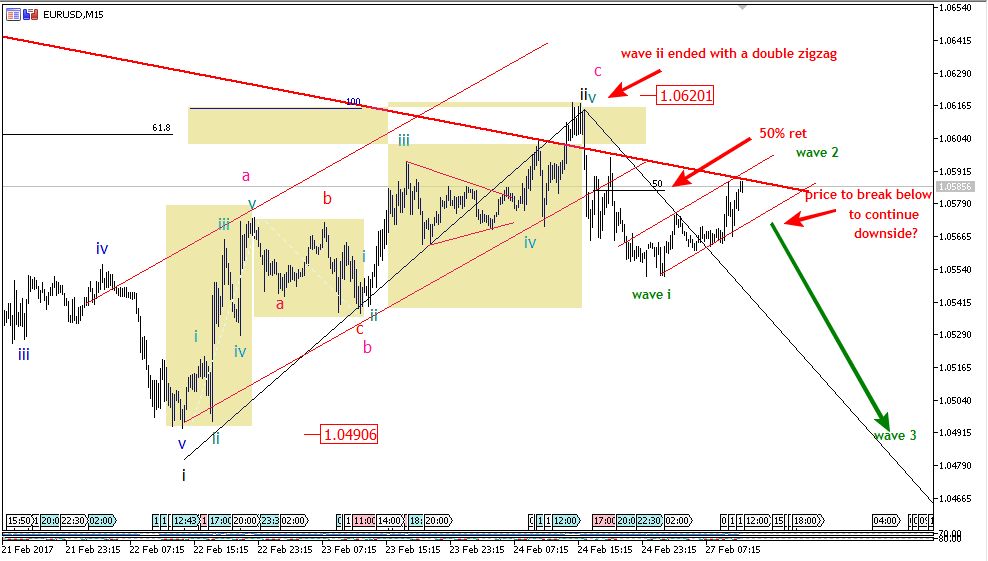 The double zigzag completed at a very good Fibonacci cluster level, price often reacts when such pattern completes at such a region. There was a sudden bearish reaction from 1.0620 which now stands as the next resistance.In as much as price keeps below this level, the bulls may not recover yet until further dips. We have started counting the expected bearish intraday bearish reaction. Wave ii retraces 50% of wave i (in green). A break below the intraday channel will trigger more aggressive bearish move to 1.049 and below. A break above 1.062 will invalidate the larger correction and this view.