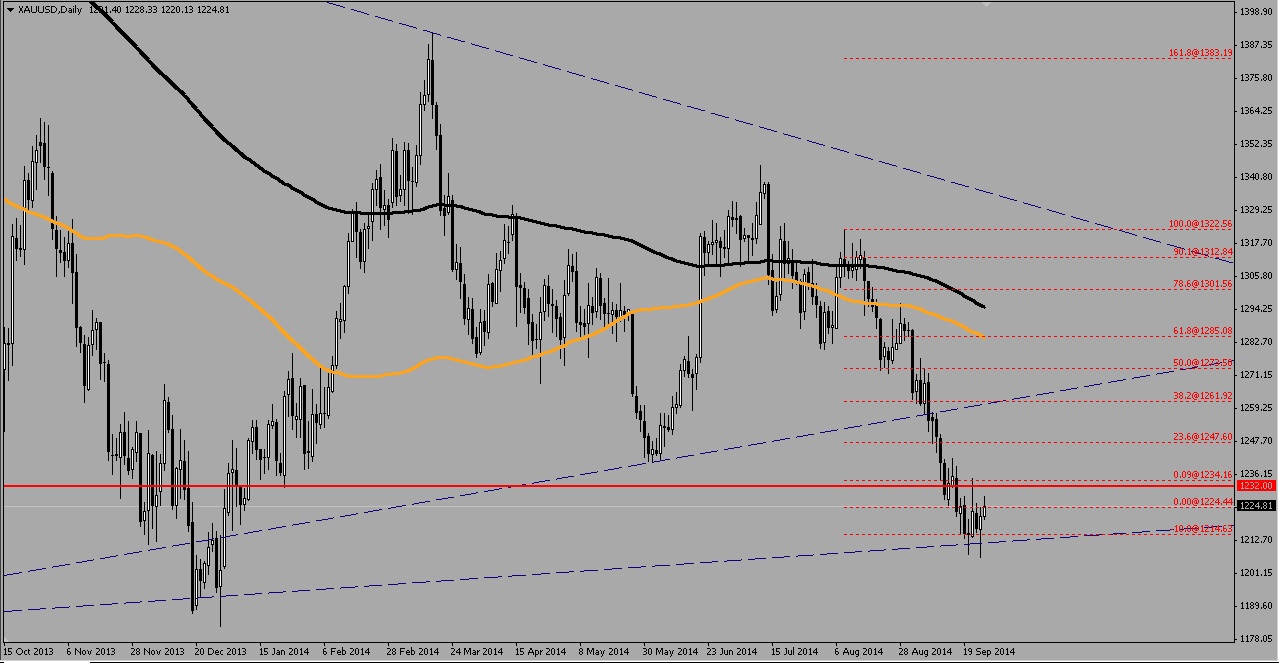 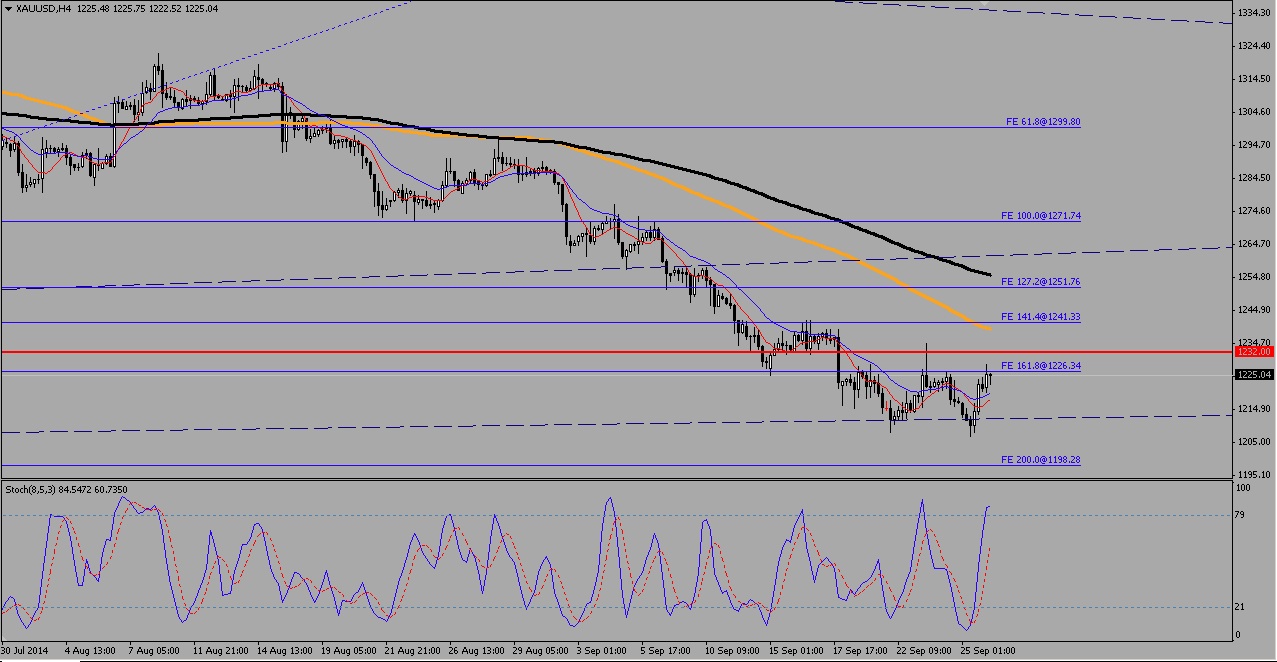 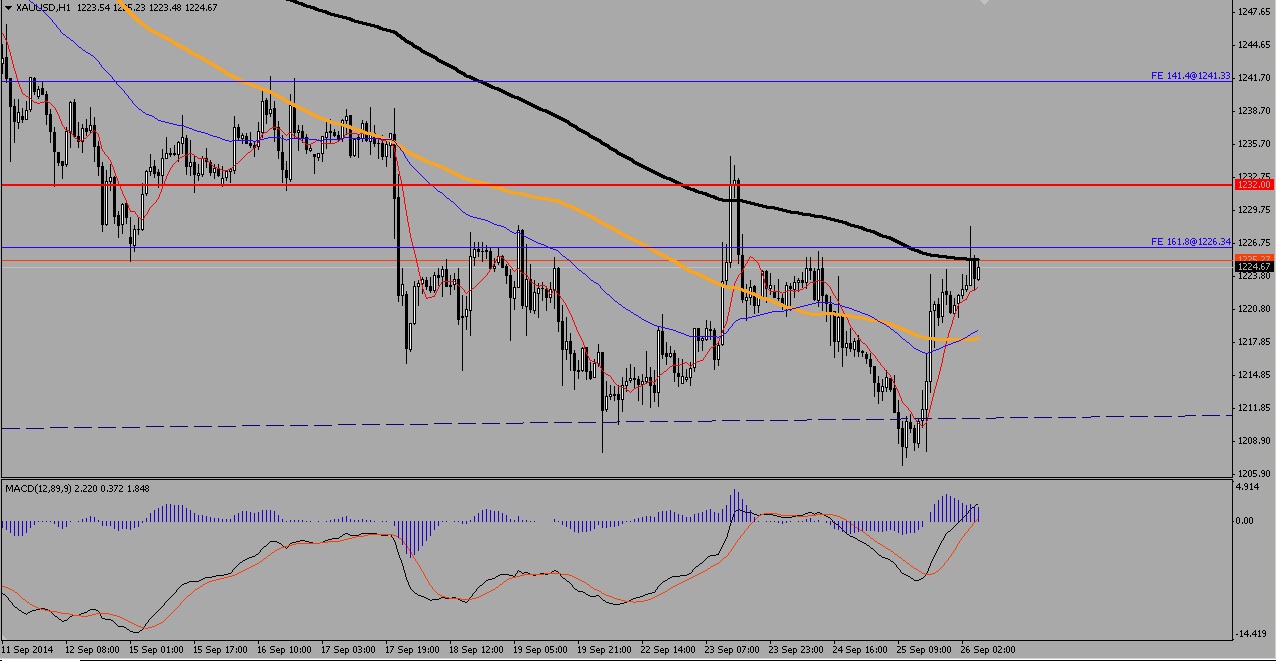 The U.S reassured Syrian President Bashar al-Assad that airstrikes launched by Washington are not aimed at Syria’s sovereignty and Assad’s regime, but only towards the extremists’ safe havens. The return of demand for safe haven assets like gold has coincided with the announcements and the probability of an extended campaign and expenditure on maintaining peace in the region. Gold failed to fall below 1208 twice this week and looks likely to retest 1226-1232 resistance, with 1215 the median support price a key indication to how the price of gold will end up this week.