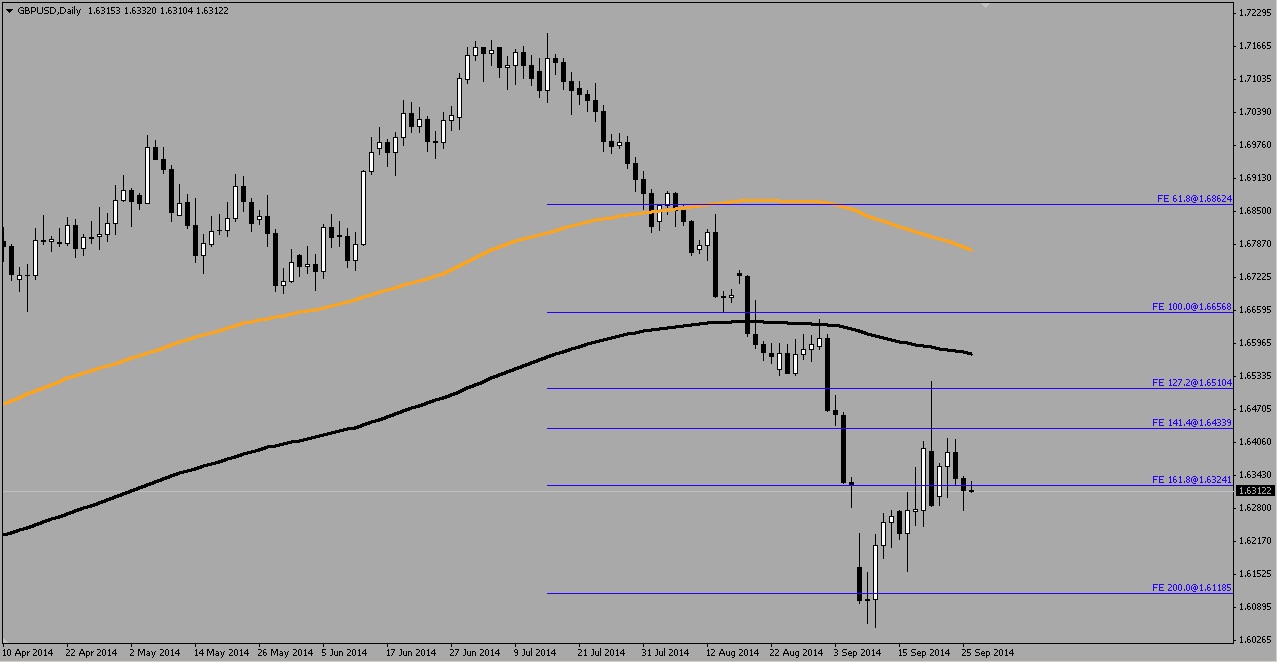 Pound remains below 1.64 and closed trading yesterday in the support range of 1.632 Resistance at 1.634 is likely to see Pound Sterling trade within the range of 1.6277 before a confirmation of bearish bias upon breaking lower of the 104 moving average in orange. 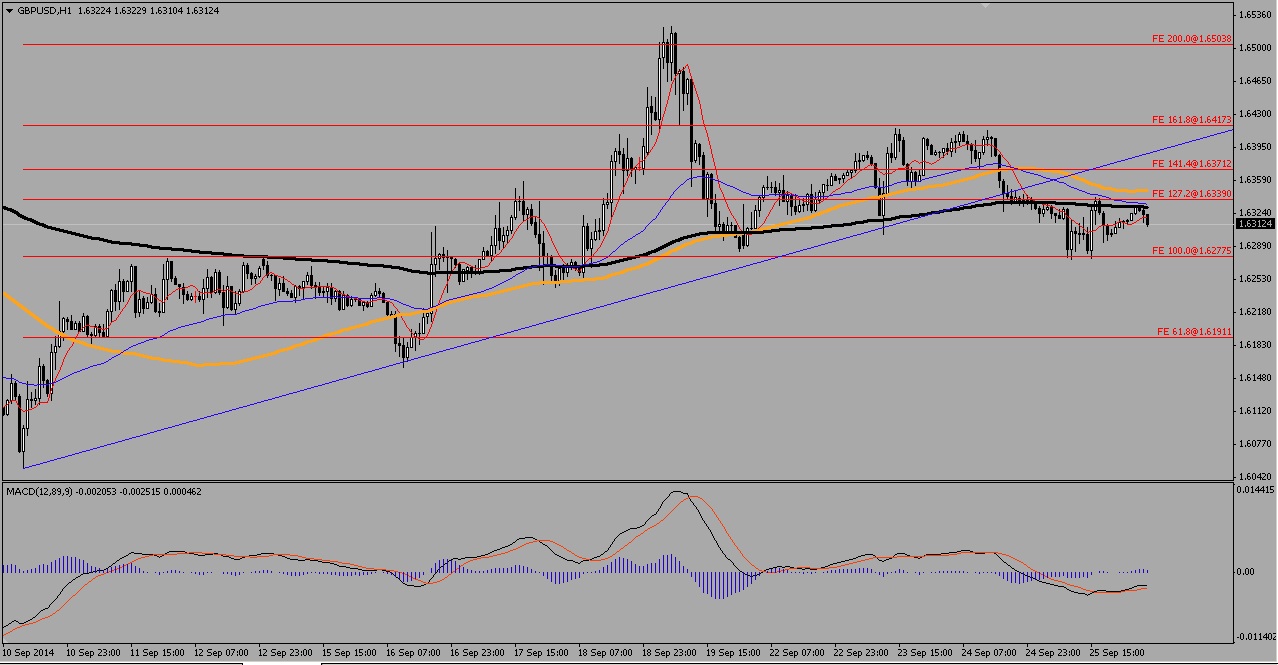 Traditional MACD moves into the bearish zone without much volatility and the 200 hourly moving average in black acts as a reference for resistance zone for today.

The lack of economic data yesterday during the European session and British session saw GBP/USD trade within 1.634-1.627, with only the U.S durable goods orders proving significant indication for the pair’s direction.

Technical analysis shows the Pound trading near the January 2014 support range but staying below the supporting trendline in blue (previous higher lows), the pair looks to swing lower as candlesticks failed to break above the 200 moving average on the H4 and H1 timeframes. A retest and failure to break higher from 1.634-1.637 will confirm that the bullish trend that began last week has subsided at least for now.