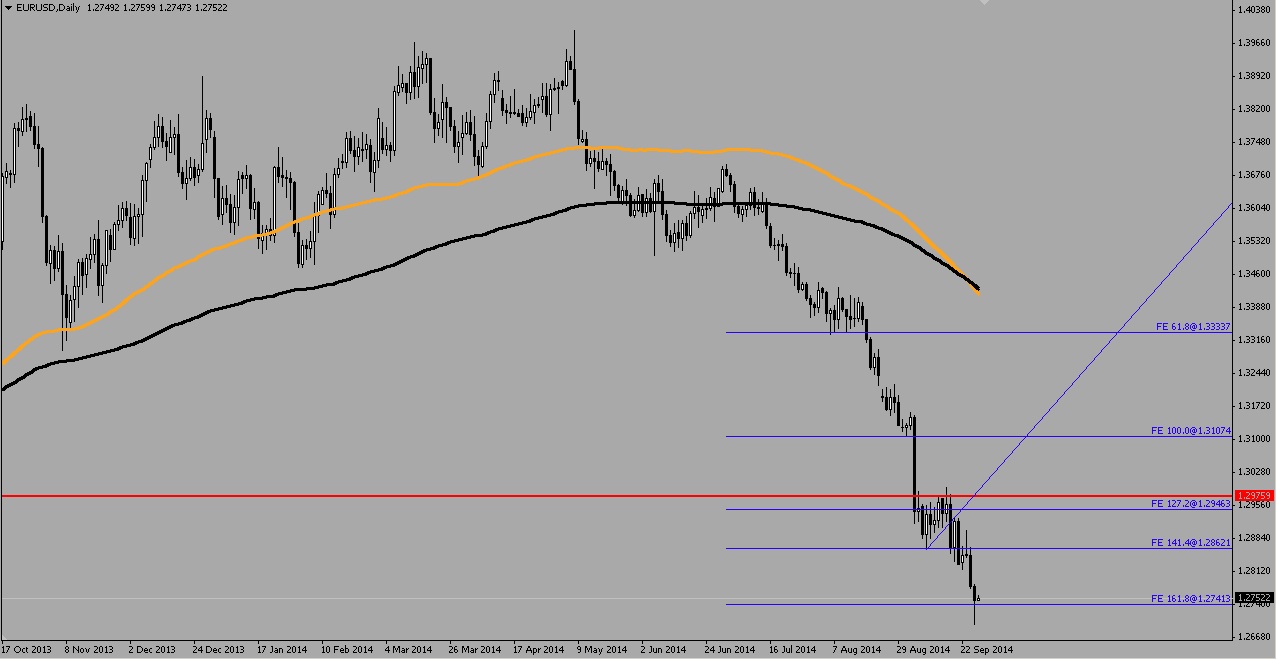 Daily chart shows the exhaustion of the downtrend on the 161.8% of the Fibonacci downtrend at 1.2741 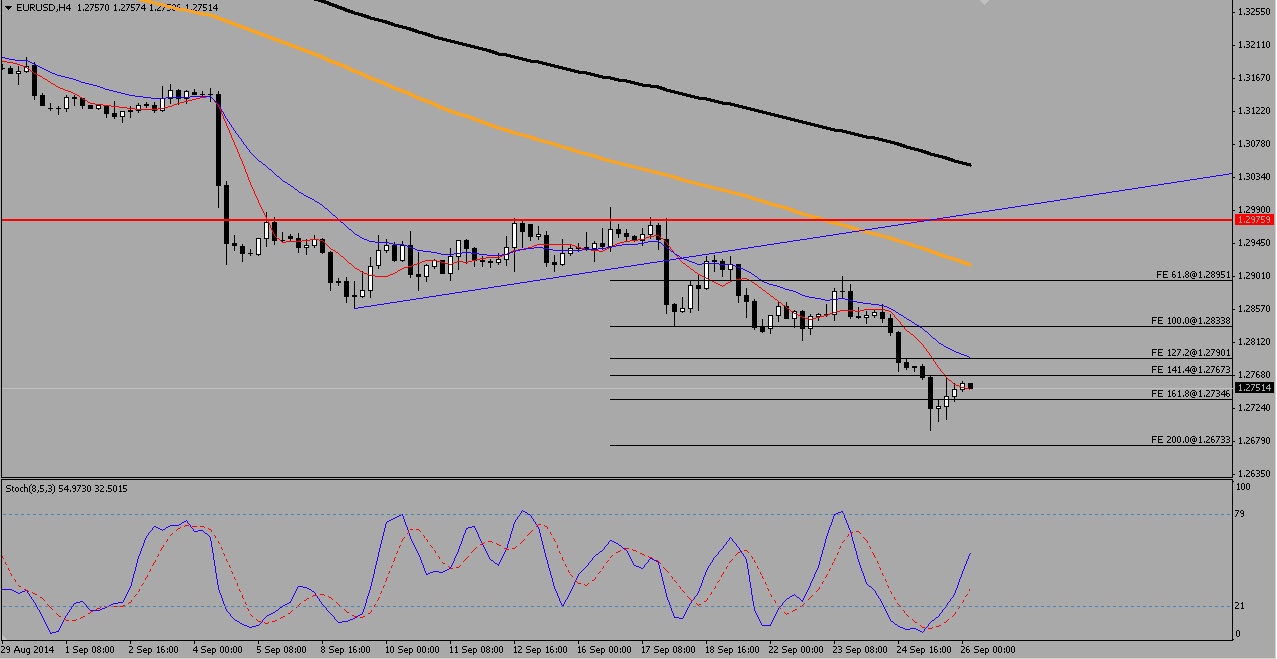 Staying below 1.2824 will see the pair continue towards new lows on the H4 charts 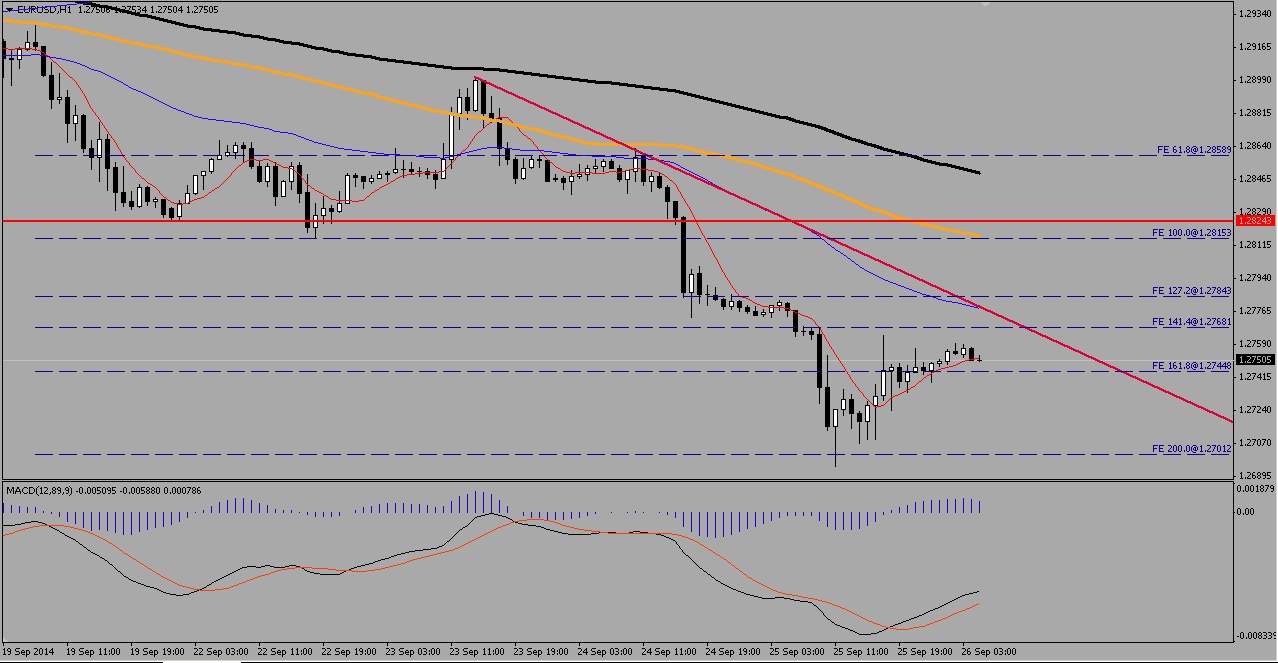 The Euro recovered some losses against the U.S dollar yesterday as a weaker than expected durable goods orders weighed against the speculation on the greenback.

The Daily charts shows a lip-smacking long shadow showing a close above the 161.8% of the downtrend Fibonacci extension at 1.2741, should this support level not hold, we may see prices of 1.25 next for the Euro against the dollar

The support at 1.27 yesterday saw profit taking as the pair rebounded off the 161.8% of the Fibonacci extension on the H4 charts and any support at 1.273 could give rise to buying sentiment for the pair. An oversold signal has already been alerting buyers on the Stochastics oscillator.

Hourly charts we see the downtrend clearly still intact as the Traditional MACD shown a crossover for possible retracement but still remain in the negative / bearish region. Any resistance at 1.2824 still goes to show that the dollar still remains the stronger of the 2.

Tags Dollar ECB Euro European Central Bank EURUSD EURUSD analysis EURUSD outlook EURUSD technical analysis USD
Disclaimer: The views and opinions expressed in this article are solely those of the author and do not reflect the official policy or position of AtoZ Markets.com, nor should they be attributed to AtoZMarkets.