The Loonie continues to dip as Oil prices rally. Will there be a breakout from the bearish mood ahead of the FED meeting and the Crude oil inventories report?. The following looks at what we expect next based on 26 July USDCAD Elliott wave analysis.

26 July, AtoZForex  –  In the last update, we looked at a very extended bearish impulse wave form 1.38. Since early May, price has dropped about 9.5% shedding about 1300 Pips. There was a dip between January and May 2016 ( 4 months). The speed and magnitude of the June-May 2016 dip is very similar to the one we are having now. Will this dip also continue and last for 4 months before a major correction?. If we are to go by this logic and 100% Fib-ratio projection in price and time, price could continue going down till September for another 1000 Pips to 1.145. We expect price to dig deeper but anything can still happen. Price could make a bullish correction before resuming downside. Let’s look at the last update. 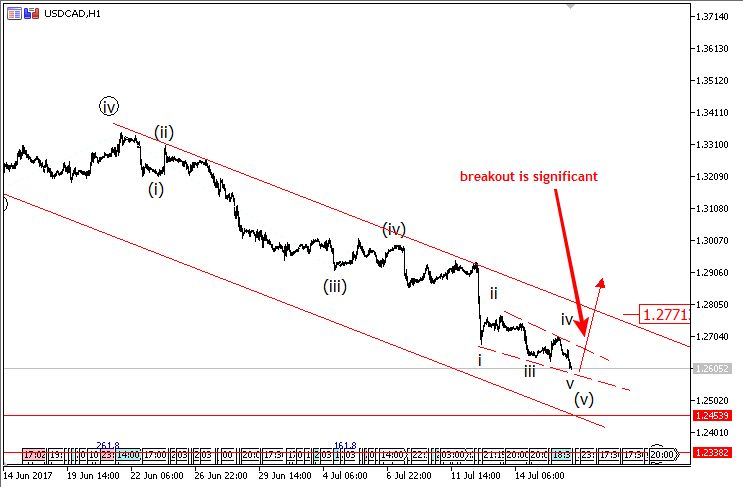 Until price breaks above with a strong momentum, there is no going back for the bears until 1.245. A strong break above will give buyers a good opportunity to join a 500 pips potential rally

There was no meaningful breakout. Breakout shows price commitment to the direction of forecast. The Loonie continued deeper to 1.245 as expected for a non-breakout scenario. What can we then expect at this point?. The chart below shows our latest wave count. 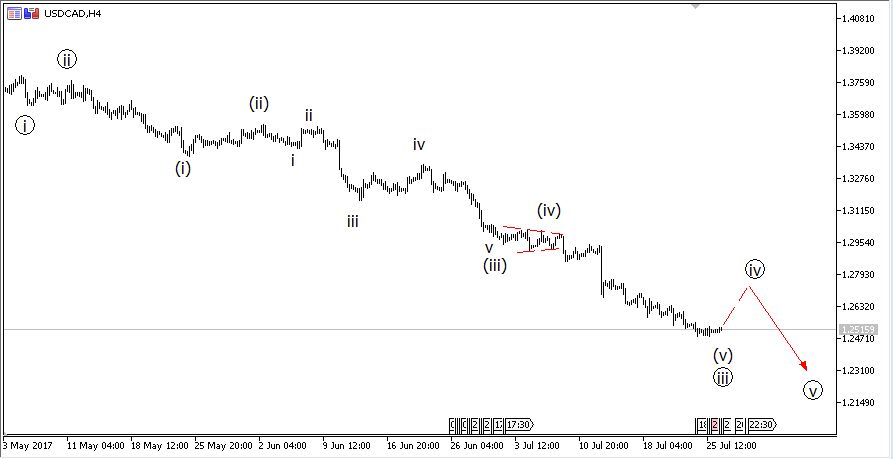 Price is in the final stages before a major correction. The next place to sell is the end of wave iv if price makes a successful bullish correction. Once the impulse wave is complete at probably 1.2 or lower, the next question is how strong the bullish correction will be. We will leave that till when price shows the way. More update will come in the next hour. Stay tuned. Check the Previous Hour  Forecast.