Gold dropped yesterday after a non-sustaining trial to break above 1257-58 region. Will price get to 1230 price region or deeper?. Is the bullish trend still sustainable? The following answer the questions based on  26 July Gold Elliott wave analysis.

26 July, AtoZForex – In the last two weeks, we realized that price was bottoming at 1204 and called for a rally. It is still very clear that just by studying and identifying patterns on the charts, there are so many clues that can be gotten. The prices of financial instruments like Gold are driven by so many factors and most of the time, would require so much time and probably funds to get fundamental and economic clues. With Elliott wave theory, this stress can be terminated just by identifying price patterns on the charts. Price rallied above 1258 (4.5% rise in just 2 weeks). As if that was just the end, we also noted that price would soon top at 1257.45 region in the last update. Of course, the bullish momentum dropped and price has now dropped more than 1% from the level we called. No method is perfect, but we have to give some regard to Elliott wave theory for being there among the most reliable. Let’s review the last update and proceed to the next forecast. 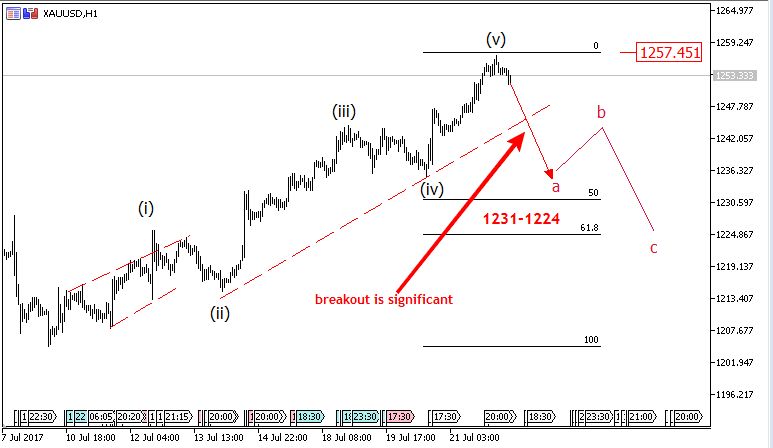 Is price at the verge of making a bearish correction?. Seems an impulse wave has completed or is about to complete. Please note that price could rally further and break above 1257.45. A significant breakout should be enough to confirm the bearish correction. If this happens, watch out for price reaction at 1231-1224. That could be the level from where we might see the next bullish run starting.

The chart below shows price reaction in less than two days. 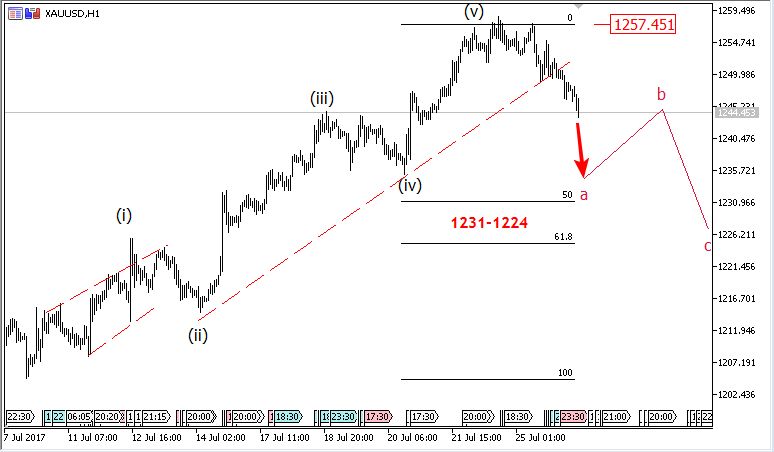