The Euro is one of the best performing currencies so far this year. Since the beginning of the year, the bullish strength has shown a strong sign of intent. We need to know how farther upside the rally would go. Will there be any hope for the bears soon? The following look at the near-term forecast of EURUSD based on 26 July EURUSD Elliott wave analysis.

26 July, AtoZForex  – Since the turn of the year, the Euro has appreciated more than 13% – it’s biggest gain since April 2014. The strength of this rally especially in the recent months also shows how the dollar has fallen. The Euro is the biggest player against the dollar and EURUSD is the most traded currency pair in terms of volumes. Presently, price has hit a major resistance zone. An important Elliott wave pattern completing at this zone shows price could make a bearish reversal or correction. Price is more likely to dip than not but the extent of the dip remains to be known. We try to make a forecast based on two clear scenarios that could play out in the next couple of days, weeks or even months depending on which scenario plays out. Let’s review the last update. 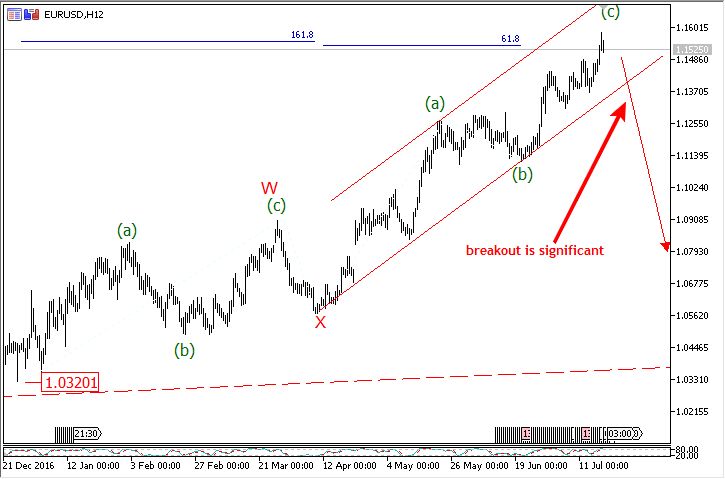 The second zigzag is longer than the first (161.8% Fib-projection at 1.155). At 1.155 also, the internal subwaves of wave (Y) are related by 61.8% Fib-ratio. It’s not surprising that price has refused to bridge above 1.155 yet. If price breaks below the channel, EURUSD may be on its way down and we will have identified another top. If price stays within the channel, we can see more rallies.

There are tens of different wave counts by different analysts out there. This shows the level of subjectivity and uncertainty surrounding Euro drop amid the bullish strength. We noted in the last update that if price is contained within the channel, it’s bound to even advance further. It did advance further. What next? 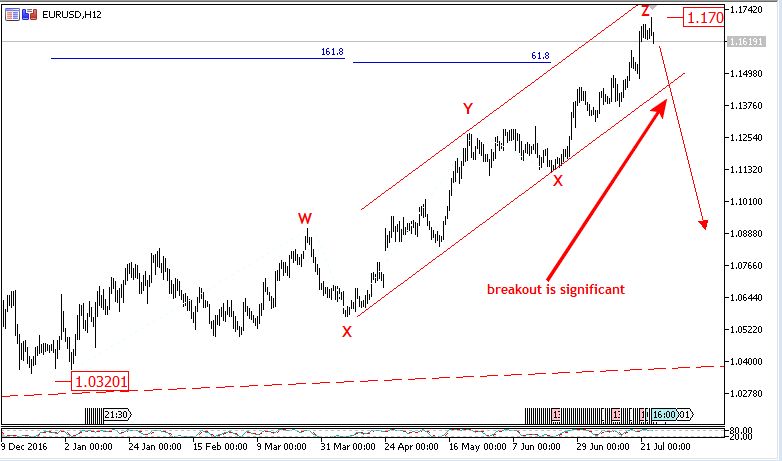 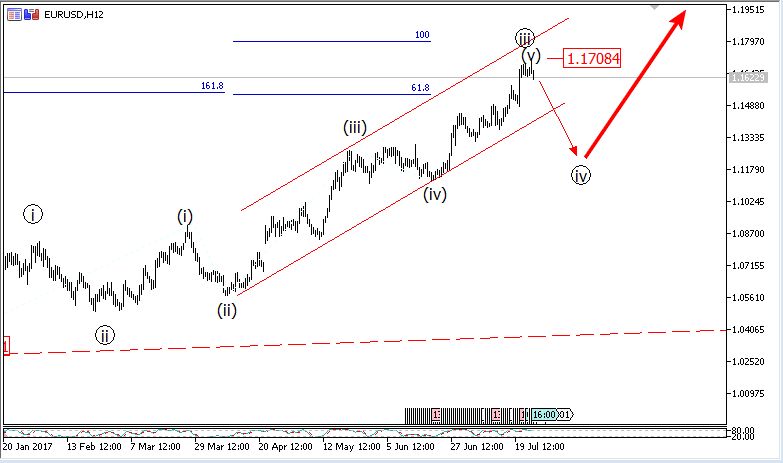 An impulse wave shows the rally could resume after price makes a shallow bearish correction. This could be a sideway move or a zigzag pattern. Price could break below the channel line and then resume upside once the bearish correction is complete. To validate this, it’s important to wait for the next intraday price action – if corrective, we stay up with price. Stay tuned for the next update and the Next Hour Forecast.  Check the Previous Hour  Forecast.