Litecoin has been bullish so far today. It’s the highest gainer so far among the top 5 coins. LTCBTC in the process broke upside after few days of bearish correction. The following 26 February Litecoin price prediction looks at the technical forecast of LTCBTC using Elliott wave theory.

26 February, AtoZForex – Since last Friday, LTCBTC has gained about 25% after an important bullish breakout which we discussed about in the last update. It now seems the rally from 0.0132 will continue to 0.026 bullish target. At this same time, Litecoin is expected to gain more than BTC. In the last update, we used to chart below as our basis of analysis/information. 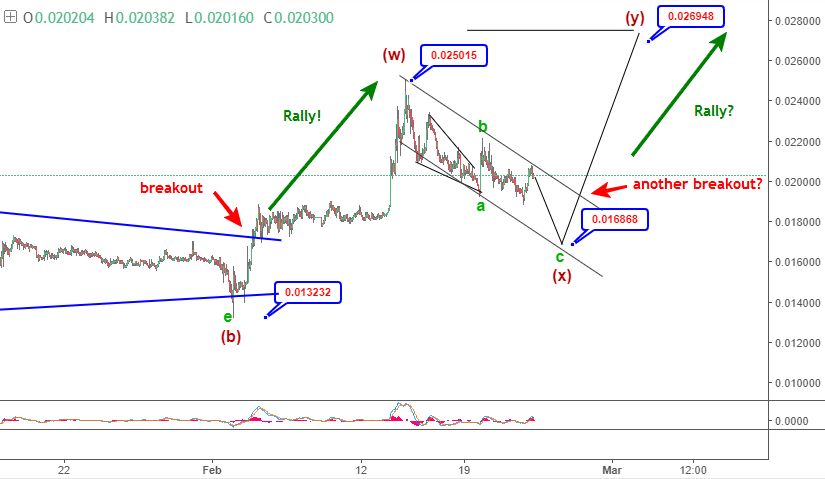 The drop from 0.025 looks corrective. It’s very likely that the rally from 0.0132 will give a double zigzag pattern. Wave (x) could go further down to 0.0168 before breaking upside. A break upside will likely give a good bullish opportunity to 0.027 or thereabout. Unless price breaks below the 0.013 low, there is still a chance for a continued bullish move in the coming days. 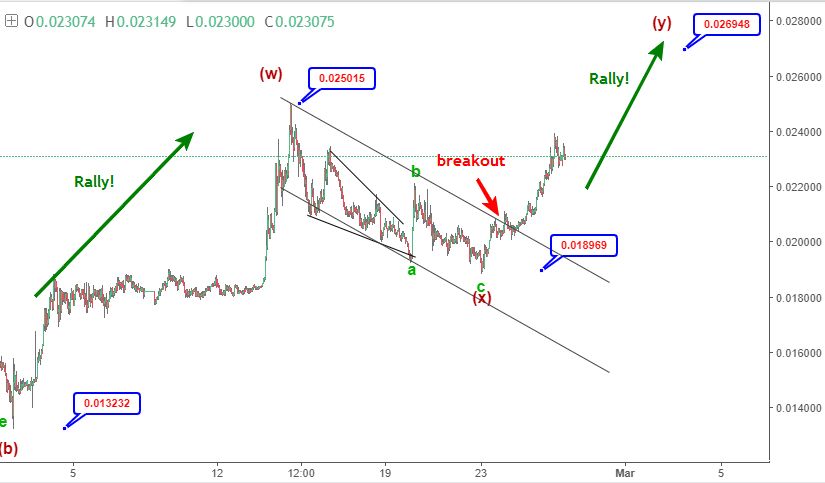 Wave (x) has now been adjusted to 0.0189. Price is expected to continue upside to the 0.025-0.028 target. We could count another zigzag pattern from the end of wave (x) to wave (y) to complete a double zigzag pattern. At the end of the pattern, there is a high likelihood of price falling back below 0.02 or below. Stay tuned for the next update.

Tags Litecoin Litecoin price prediction LTC/BTC
Forex Crypto
Top 5 Forex Brokers
Top 5 Crypto Exchanges
Your subscription could not be saved. Please try again.
Thank you for subscribing. You will be the first to receive all the latest news, updates, and exclusive advice from the AtoZ Markets experts.
Everyone is reading
Is Forex Trading Halal or Haram in Islam?
Top 5 cryptocurrencies 2021 | Best Cryptocurrency To Invest
How to Setup Monero Mining in 2021?
close ×