Ethereum has made more than 50% recovery after losing $300 in just 5 days. Price is now trading at $765 – close to $870 all-time-high. The 26 December Ethereum price prediction below looks at what could happen next.

ETH is next to Bitcoin in terms of trade volume and market capitalization. The two coins both dropped 43% in less than a week. Both are also making identical recoveries and thereby dictating the pace for other coins. ETH dropped to $500 from $870 all time high. The current recovery from $500 has already hit $765 (53% increase). While it’s possible that ETH recovers completely and then make a new high above $900, it’s more probable that the bearish dip will still continue.

26 December, AtoZForex – Technically, the current market structure suggests the current bullish recovery is a correction of what could turn out to be a larger bearish correction. The Cryptos are in the corrective mood and it doesn’t seem the bearishness is over. In the last update, I already stated where I would expect the price drop to reach. The zone is between $500 and $390. The dip from $870 was expected to be a 3-wave correction. Seems price is just about completing the second leg, b-wave as the chart below recollects. 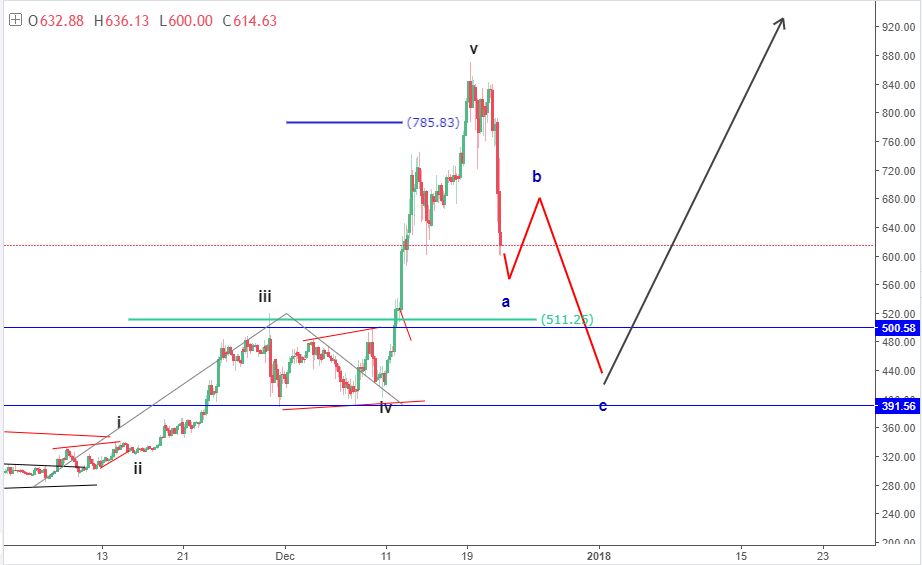 The 3-wave correction seemed to have followed from the last high above $850 just as expected. The next level to watch out for is between $390 and $500. The bullish pressure could resume at $390-$500 zone. Any strong dip below $390 may be considered a real burst and crash and thus leading price to $200 or below. We will see what price does at this zone if it gets there.

The b-wave as shown above is probably what price is covering currently as the chart below shows.

26 December Ethereum price prediction: what next? 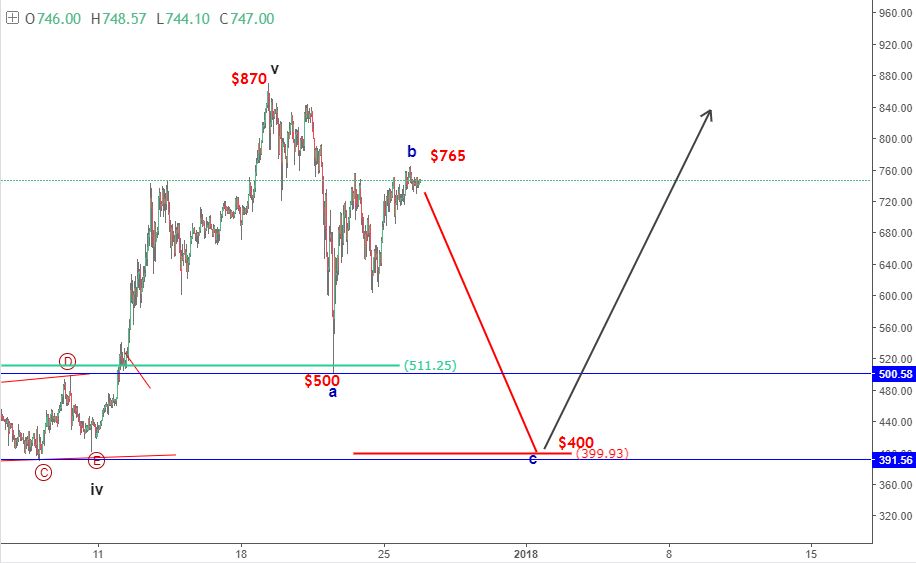 The c-wave shows where the correction is likely to end. Therefore, a dip to $400 can still happen. Between $400 and $500, there is a high likelihood that the bullish trend will continue far above $1000. Stay tuned for the next update.