Ripple has lost about 65% of its market cap and more than 70% of its value in just two weeks in a bearish market. The following is the 22-25 January Ripple price prediction looking at XRP/BTC and XRP/USD forecast.

21 January, AtoZForex  – The Crypto market has lost more than 30% of its total capitalization in just 3 weeks. The ripple effect is seen across all coins including the Ripple (XRP) itself. XRP opened the year as the best performing coin after a rapid recovery from the Cryptocurrency bearishness seen in December 2017. Ripple couldn’t hold this advantage but fell and lost 70% of its market value and 65% of its market cap. What should we expect next? Will the current small recovery lead to something worthwhile upside? In this technical forecast, we will look at XRP/BTC and XRP/USD.

XRP/BTC like XRP/USD is in a deep corrective mood after an impulsive rally that lasted throughout December 2017. The December 2017 rally highlighted the strength of XRP as the best performing coin in that year. But this year so far, it’s up there among those worst hit by the bearish Crypto market. There are two ways to look at the dip. 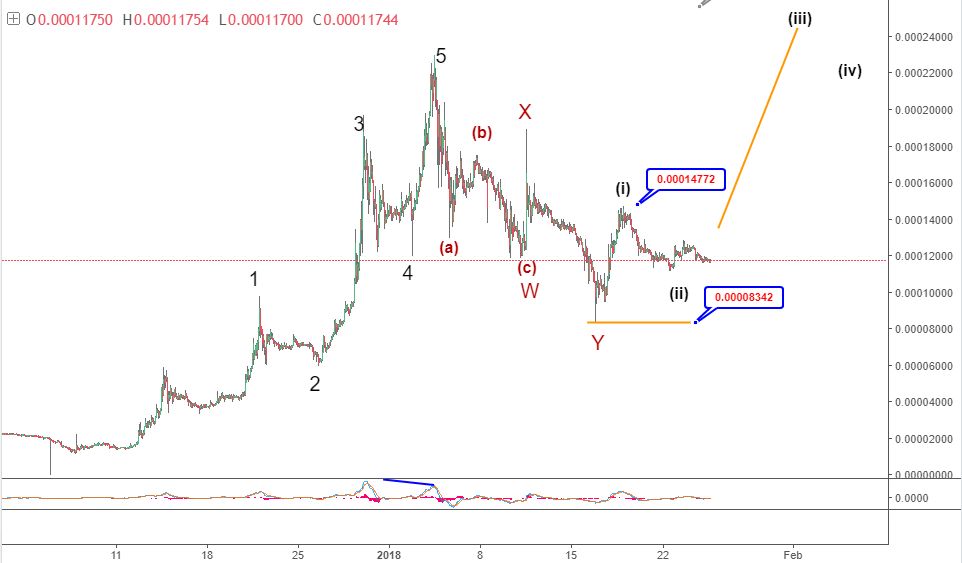 A double zigzag corrective pattern could have completed downside. A new impulsive bullish wave could be seen as price resumes the trend upside. Price is lurking between 0.0001477 and 0.00008342 important levels. This scenario will be valid if price breaks above the 0.0001477. If price moves as expected, a strong rally will happen above 0.00024. The alternative scenario looks at price breaking below 0.00008342 support. This could lead price further downside and the emerging wave pattern is shown below. 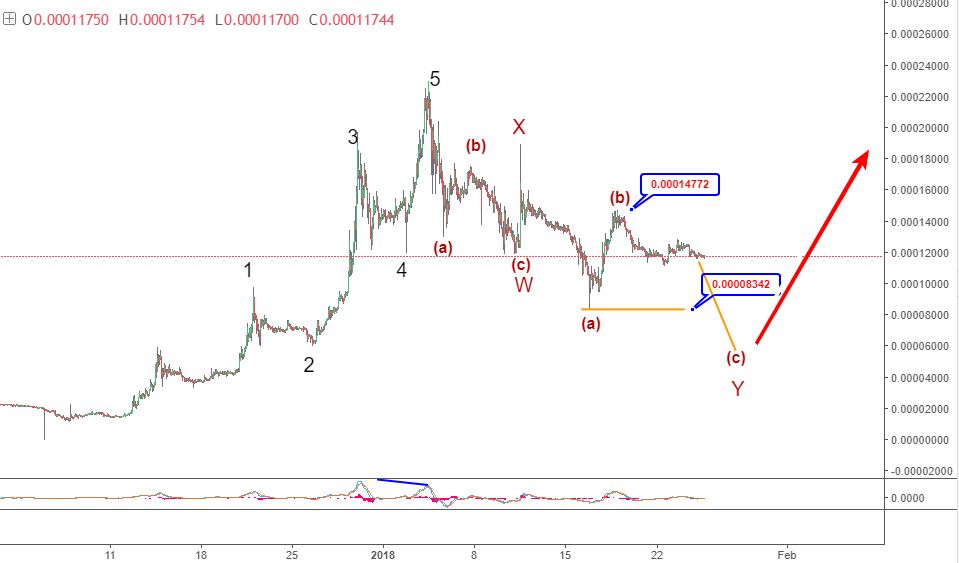 There is possibility of a double zigzag formation extending to 0.00004-0.00002. This would mean that Ripple gets even deeper. The XRP/USD chart below shows why this scenario is possible. 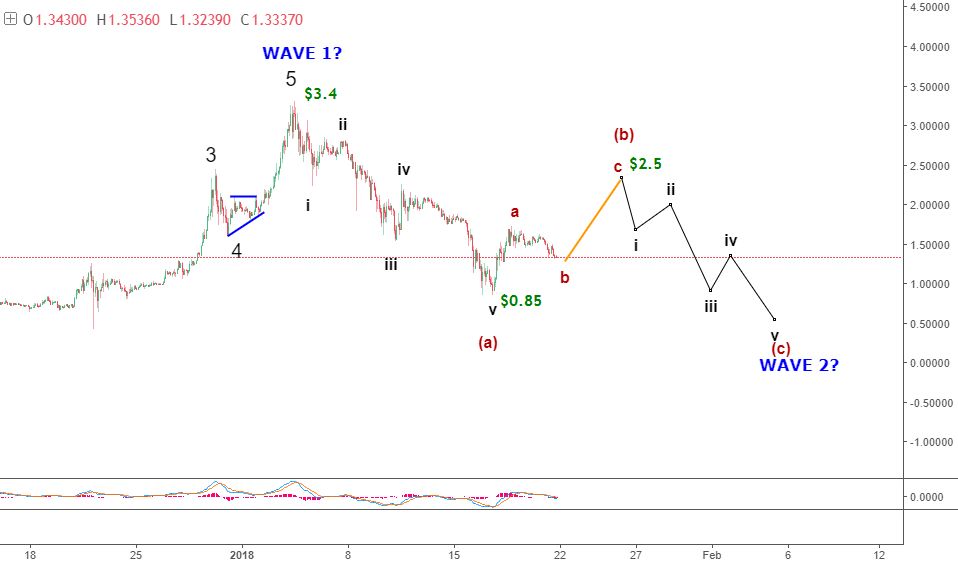