Litecoin has dropped almost 13% today in a bearish move. The following 25-27 April Litecoin price prediction looks at LTCUSD based on Elliott wave theory.

25 April, AtoZMarkets – In a bearish Crypto market today, LTCUSD has dropped more than $20 after a strong rally to $167. There are similar moves in Ripple, Bitcoin and Ethereum. Will price drop further or turn upside soon?

Two weeks ago, optimism was low in the Crypto market. Prices were drowning and looked as if the bears will take more control. Then a strong rally started. The rally is impulsive in Ethereum, Ripple and Bitcoin but the pattern emerging on Litecoin is more corrective than impulsive. If price should follow the wave forecast in Litecoin, it could go deeper than $100 in the coming weeks. But, there is an alternative view. It will be interesting to know how price later plays out. The chart below was used in the last update. 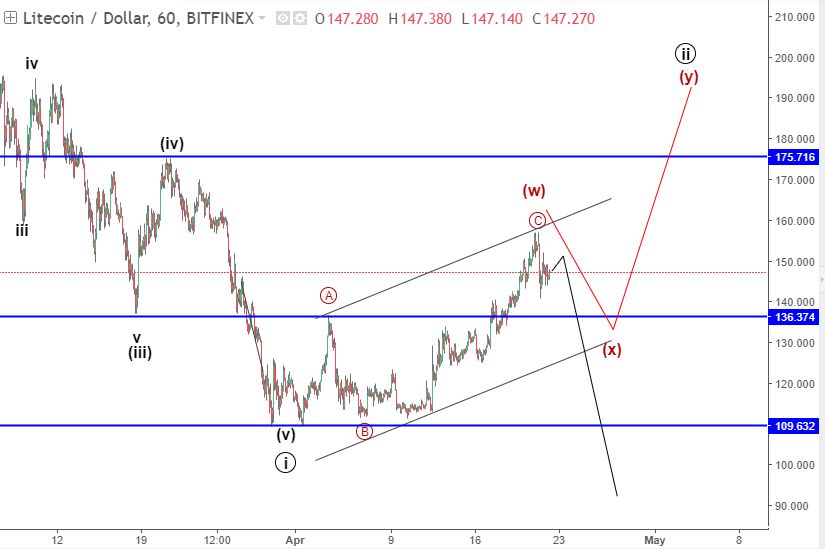 One of the scenarios above is very likely to happen. The chat below shows how price is playing out at the moment.

25-27 April Litecoin price prediction – what next? 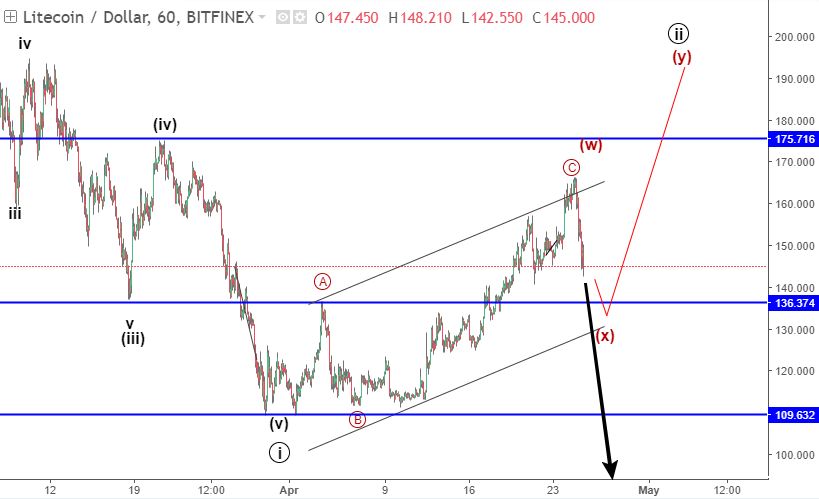 If price breaks below 136.37 and below the channel, it’s highly likely that the drop will continue below $100. If price bounces off 130-136 zone, the rally should continue. The former is more likely than the latter. Unless price slows down to evolve into a sideway triangle pattern (awaiting bullish breakout), the dip is more likely to continue. Stay tuned for more updates.