Ethereum dropped back to $600 from $710 earlier today. Will this bearish move continue? The following 25-27 April Ethereum price prediction looks at ETHUSD based on Elliott wave theory.

25 April, AtoZMarkets – ETHUSD opened today slightly above $700 but has now dropped to $600 and could drop even further. Ethereum has gained much significantly since the Crypto rally started nearly two weeks ago. The majors have all moved in a very similar manner. Ripple and Ethereum are the biggest gainers of this bullish recovery period. Today, the rally was interrupted by a fast dip. Ethereum has dropped almost 15%, Ripple about 17% and Bitcoin about 7%. How long will this dip hold? 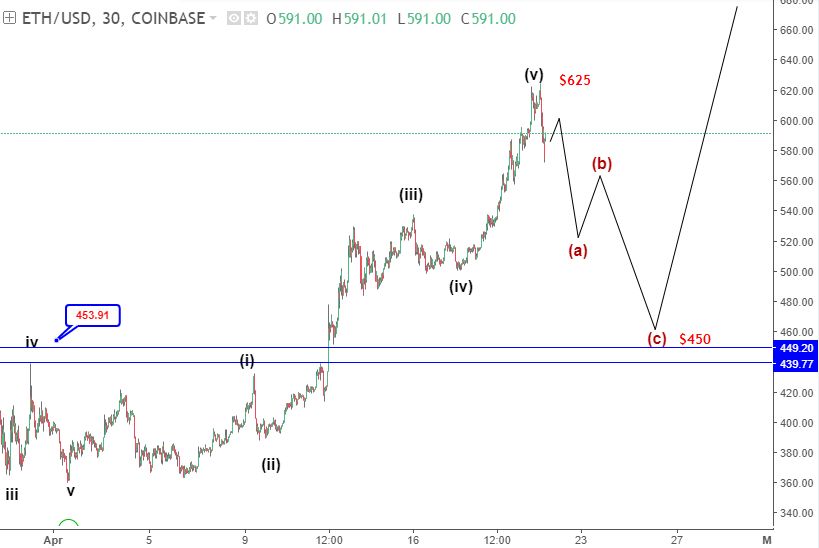 The dip that followed was not so strong. It didn’t take much time for price to take out the previous high. The 5th wave now looks extended. The chart below shows what we have at the moment.

25-27 April Ethereum price prediction: what next? 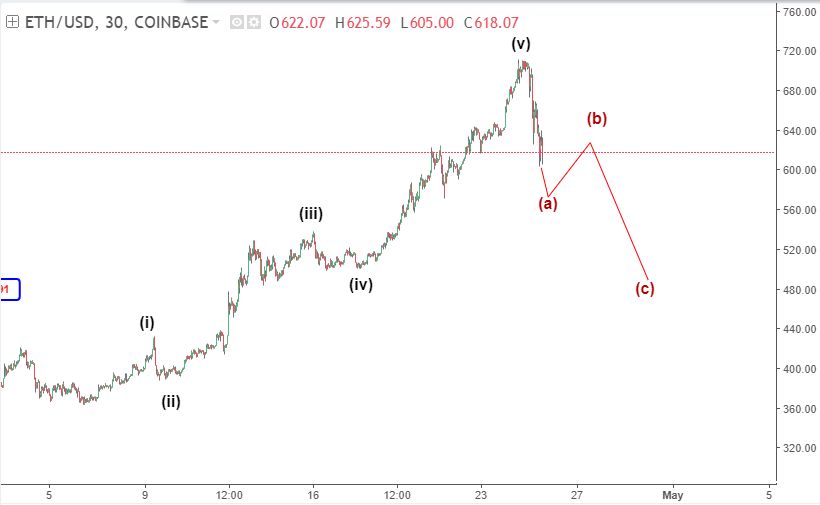 Since the impulse wave started, the current dip is the biggest. It could mean the beginning of the expected bearish correction. If price moves as expected, a price fall to $450 is likely. $450 happens to be a support level. Often times, corrections rest at important price levels. Only a strong rally above $720 would violate this expected 3-wave bearish structure. Stay tuned for the next update.