EUR/USD ends the day around where it started as 1.263 support holds with mixed sentiments within the day’s many trading sessions 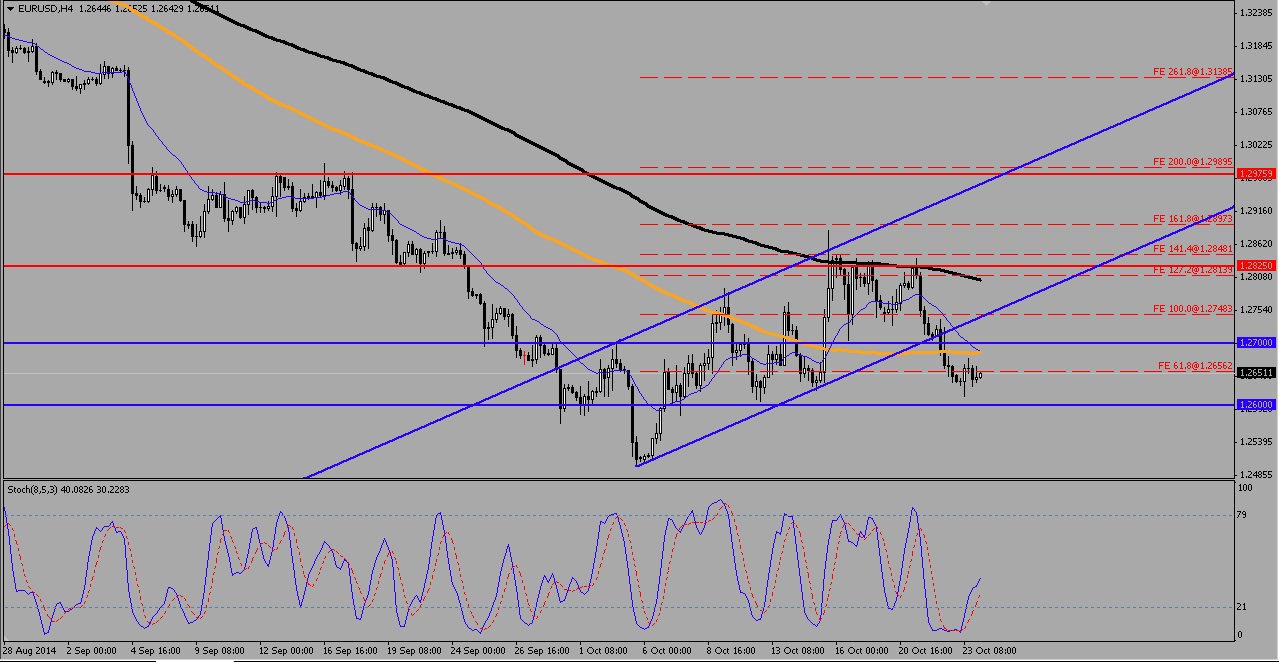 Traditional MACD shows sluggish movement in the bearish zone as a repeat of 14th Oct movement above 1.266 may rally the pair back to this week’s high at 1.2825

Talks of recession took a break yesterday as although the French Flash Manufacturing PMI showed more than expected contraction from the previous month’s ratings, the German Flash Manufacturing PMI shows growth as figures rose to 51.8. EUR/USD returned to 1.2676 after the data was released and a further drop in the U.S dollar from a higher than expected Unemployment Claims saw 1.265 range remain indecisive.

The EU Economic Summit ends today where many will be waiting to hear what the ECB has to say about its asset purchase program. Should the pair trade below 1.2630, the likelihood of 1.2500 rises significantly.