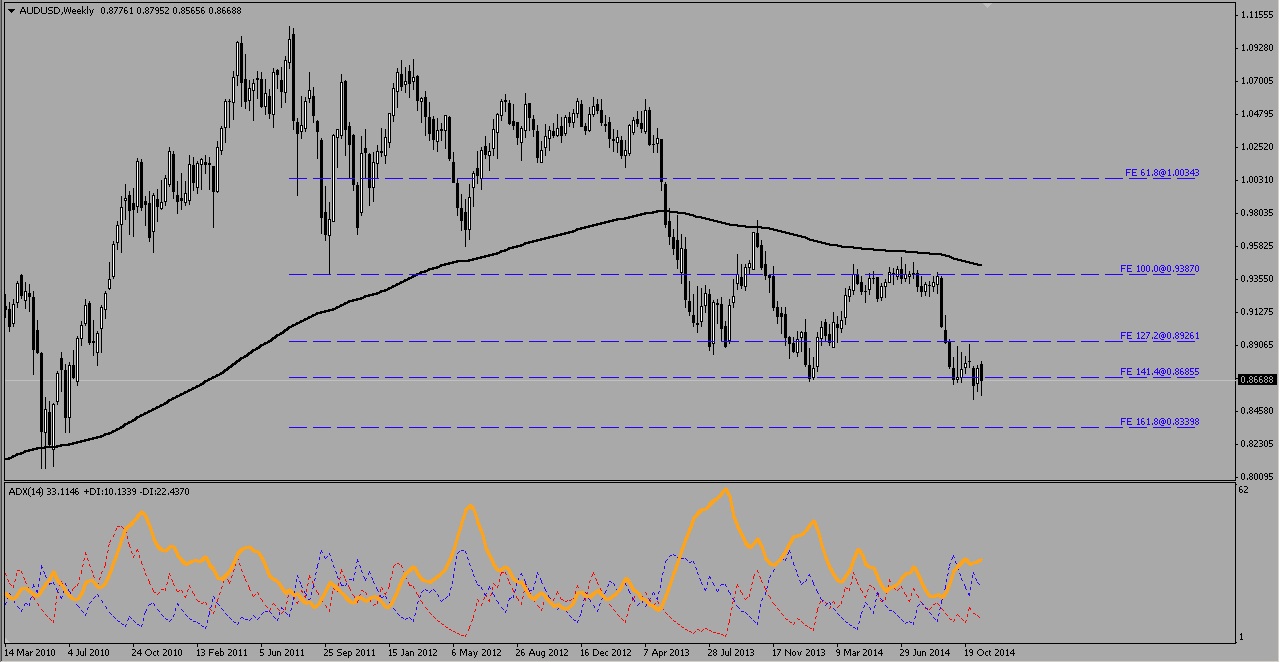 Australian dollar remains sideways on the weekly chart at the 141.4% of the downtrend Fibonacci Expansion 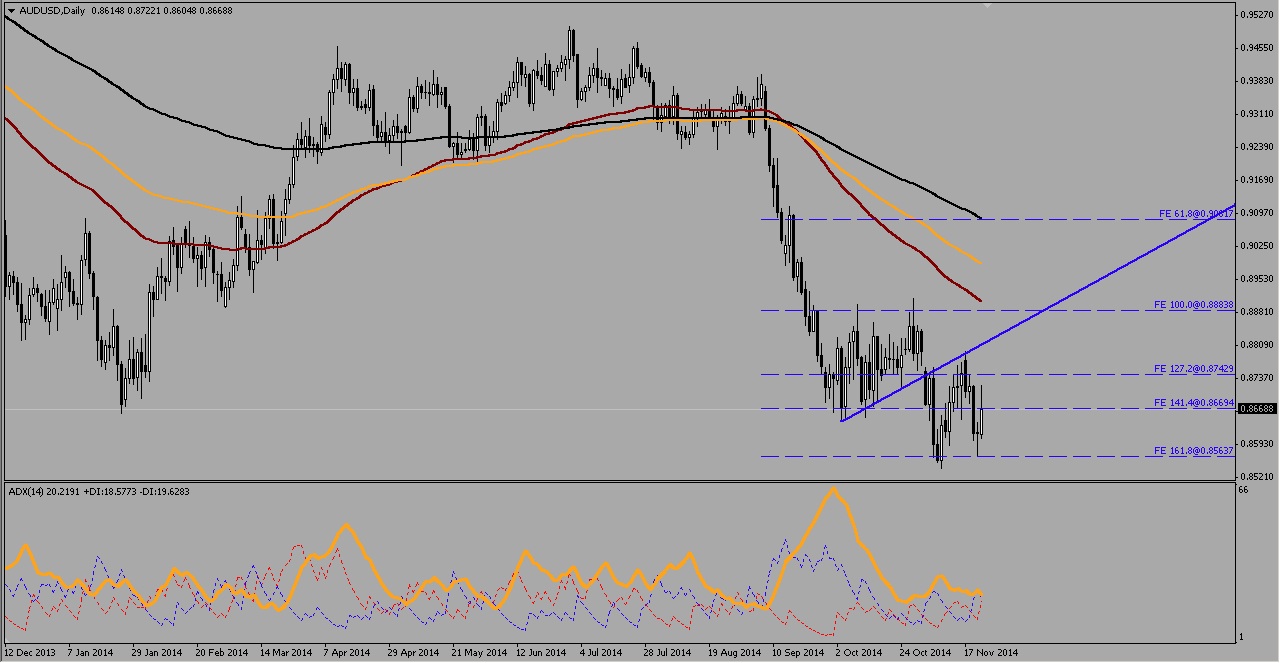 Support at the 200% of the Daily Fibonacci downtrend expansion saw the pair rebound from 0.8564 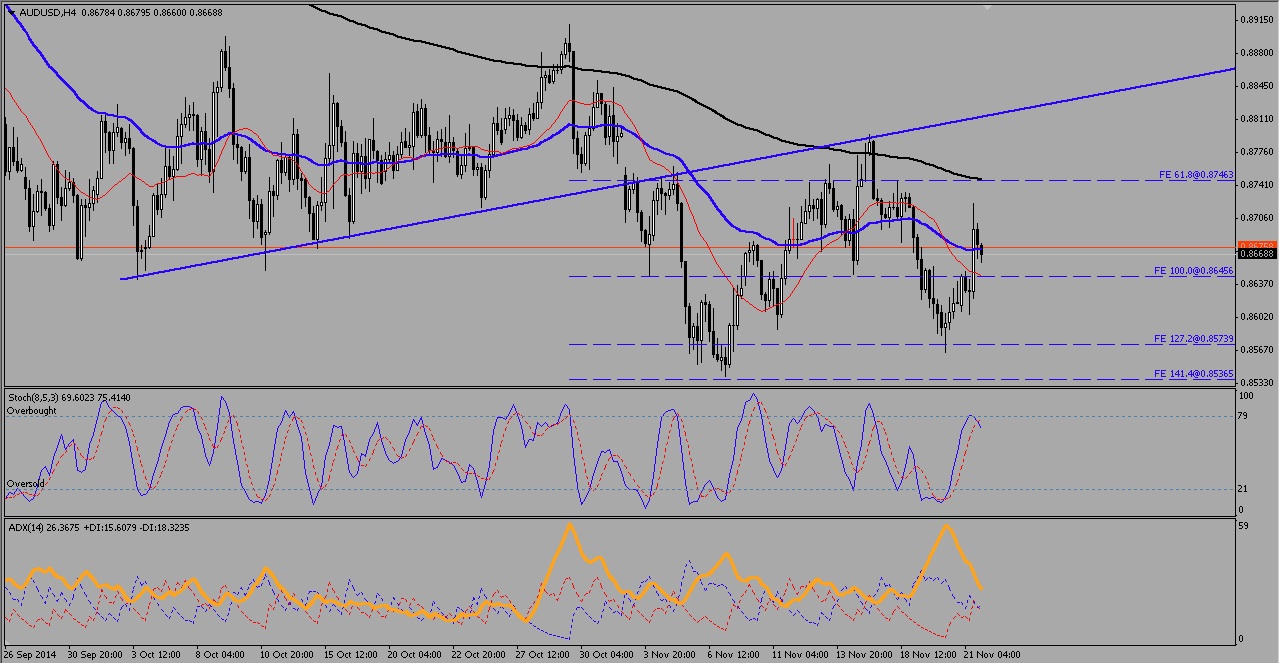 A positive price gap opened last week and fell thereafter after 0.8800 resistance holds firm. The release of the Monetary Policy meeting minutes saw markets indecisive over the movement of the Australian dollar, before a bullish dollar resulted in AUD/USD fall towards 0.857 and its subsequent rise before the end of the trading day forms a higher low. The H4 charts shows a strong dip in the momentum of the bearish trend and could see a higher low form again should 0.865 support hold.

China is poised to record its lowest annual growth since 1990 and moved to decrease its rate of borrowing last week. The People's Bank Of China pared its one-year lending rate by 0.4 percentage point to 5.6 percent, while the one-year deposit rate was reduced to 2.75 percent. This is the first reduction since 2012. This unexpected announcement sees China following BOJ and ECB's example of aggressive monetary easing. More ease of liquidity in China could see positive spillover for its trade partner Australia.