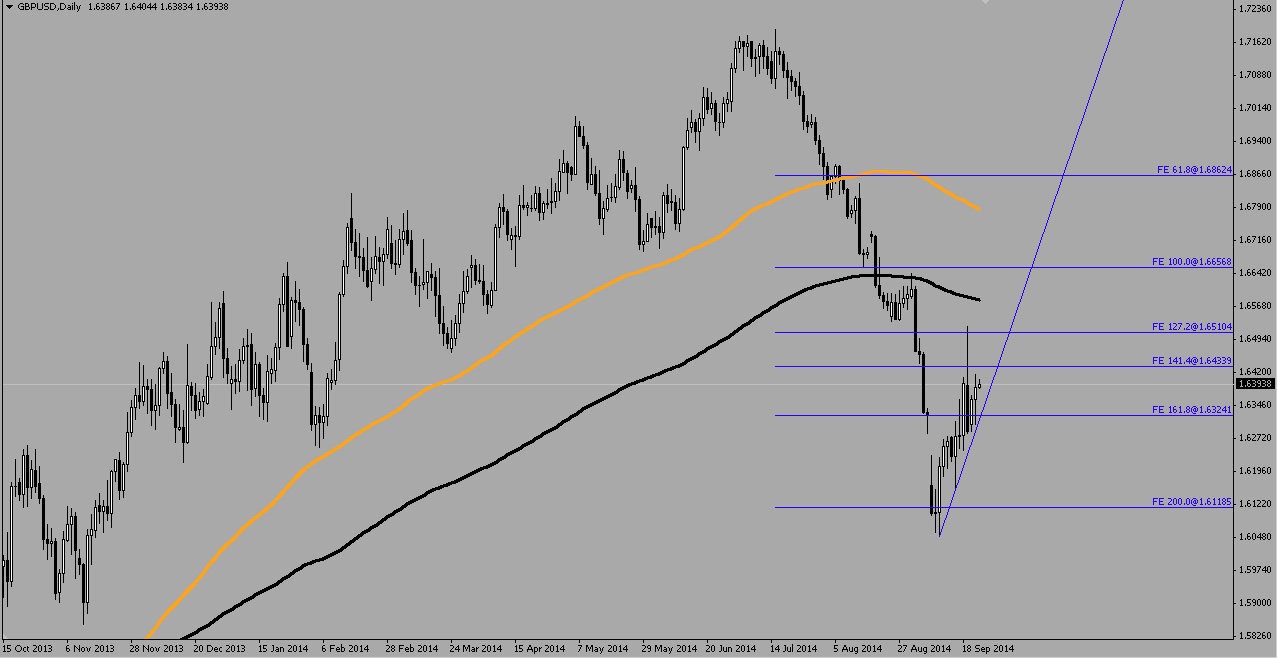 Pound trades above the supporting trendline in blue as it continues its selloff after the Scottish Referendum. 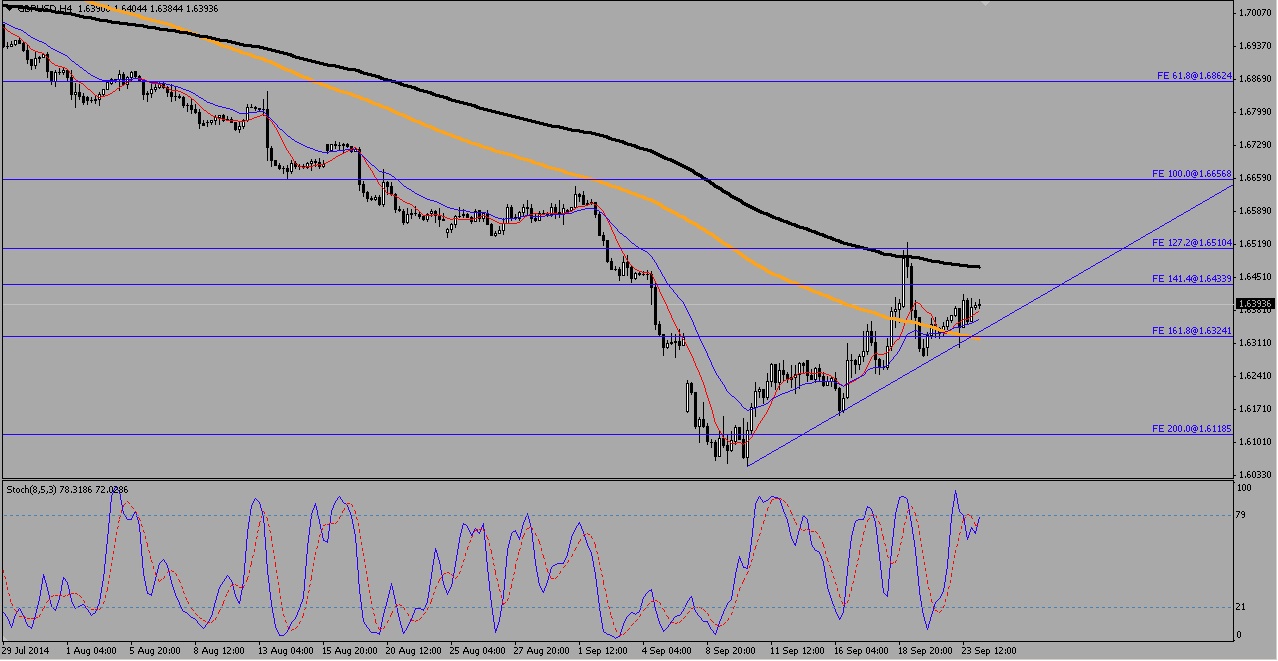 During the European session yesterday Pound fails to trade above 1.64 resistance and remained above 1.632 in consolidation 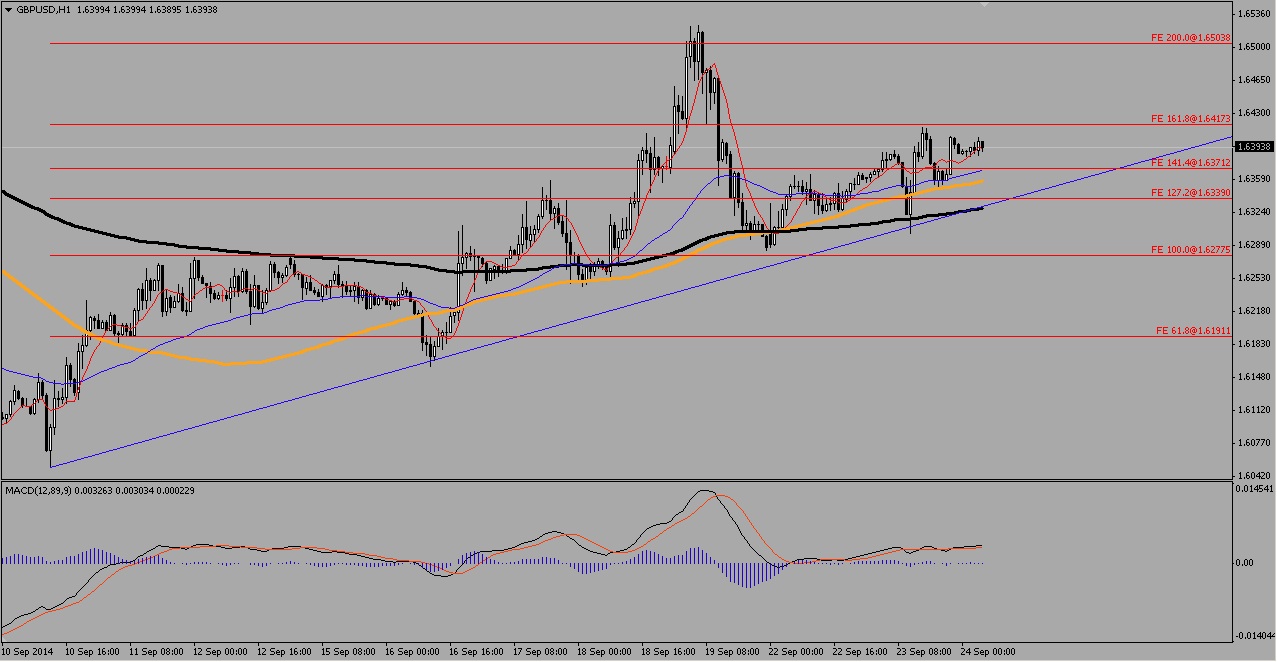 A retest of support at 1.632 on the 200 hourly average hints at continued bullish strength for the Pound against the U.S dollar as the candlesticks trade above the moving averages on the hourly timeframe

Great Britain Pound continues to strengthen this week as 1.64 is reattain albeit for a short moment during the European session but failed to trade higher as the U.S session opened. A higher low is formed and moving averages acted as support for the pair as the trendline (in blue, see chart) remains the main trend.

Plus500
Open live account Review
Tags British Pound Cable Dollar GBP GBPUSD GBPUSD analysis GBPUSD forecast GBPUSD Technical Analysis Pound sterling Sterling Pound U.K United Kingdom
Disclaimer: The views and opinions expressed in this article are solely those of the author and do not reflect the official policy or position of AtoZ Markets.com, nor should they be attributed to AtoZMarkets.