The Aussie is about rising against the Kiwi from an intermediate time frame. The rally could be signaled by the completion of a corrective dip. What corrective pattern is emerging and where next do we think price could go to?. The following clues are based on 24 May AUD NZD Elliott wave analysis.

24 May, AtoZForex - AUDNZD had been on a corrective dip after completing an impulsive in Mid-March. Price broke out of a long term bearish move in January and then consolidate on the bullish correction in mid-March. March was dominated by a very strong rally before the bearish correction started. It seems the move upside is not complete yet. There could a continued rally after the current price dip. The prospective rally could last above 1.13. The chart below was used in the last update. 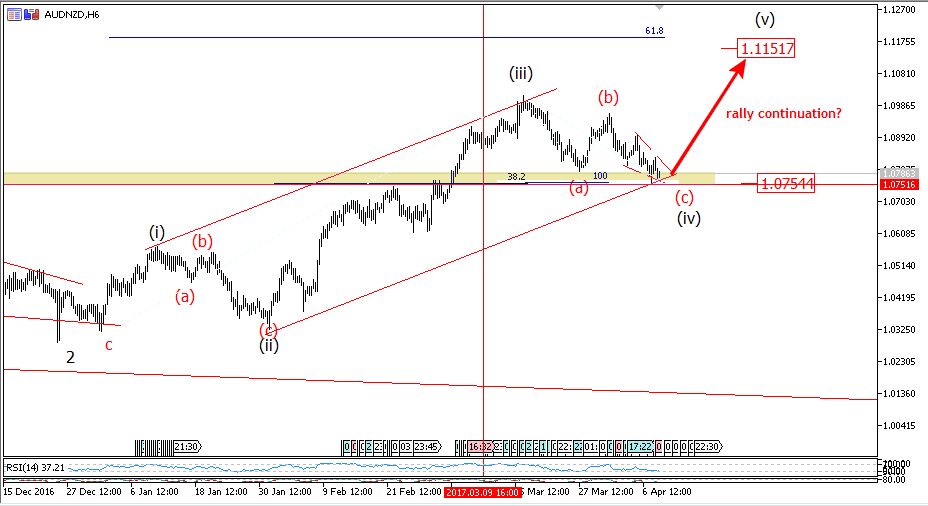 The chart above shows an almost-complete Zigzag pattern. This pattern is also completing at the level we projected long before time.

A breakout upside would mean price probably rallying to 1.115 as we noted below. 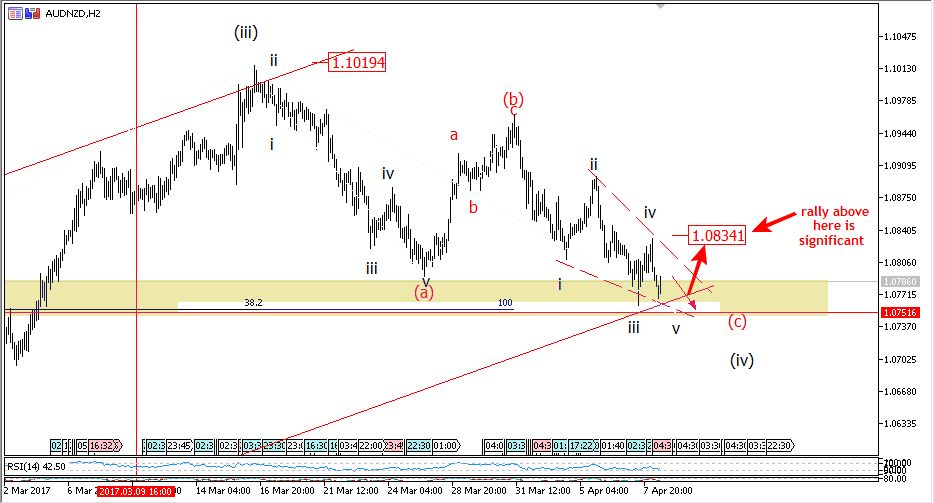 The last leg of the zigzag could be an ending diagonal and what price continuation pattern would that be?. This could lead to bullish resurgence toward 1.115. A break above the diagonal is necessary to confirm this setup. A move above 1.0834 would be seen if the rally is genuine. Any sideway move at this point will lead to more dip. Price has a strong likelihood of resuming upside and thereby providing a good bullish opportunity for buyers.

Price broke above significantly as expected and triggered a bullish sentiment. At the end of the breakout, price didn't continue rallying. It went sideways and thereby gave room for the possibility of a continued dip. With price going deeper, it's important to analyse further and unleash the alternatives.

24 May AUD NZD Elliott wave analysis: what next? 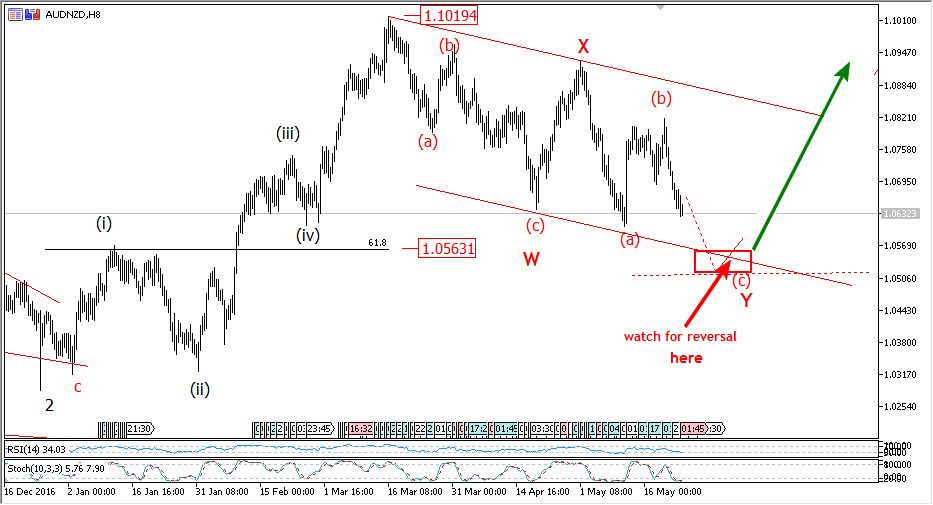 Price is probably making a deep correction instead of a wave 4 correction. This means that after the correction ends, there is a high probability the rally will resume and far stronger than the previous one. 1.05 and its neighborhood has been earmarked as a probable reversal zone. The chart below gives further clues. 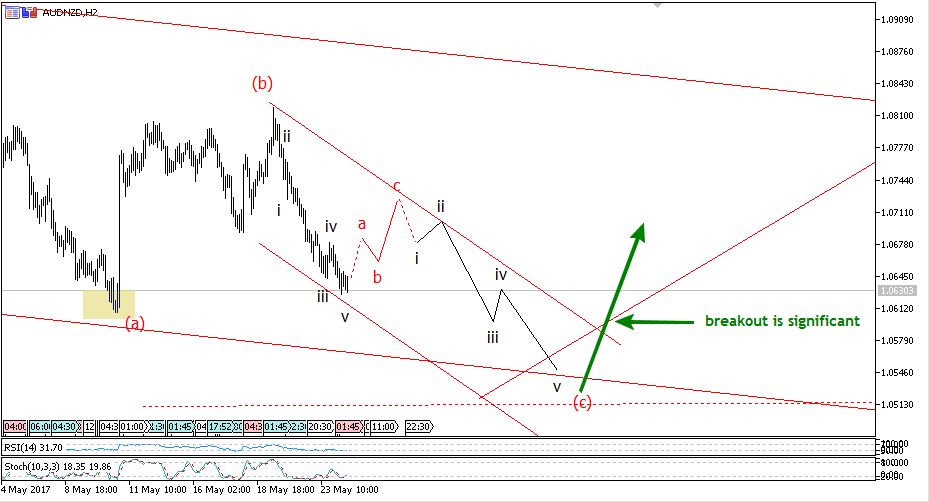 The last stages can move as shown above. A significant break upside after the completion of the last leg is important if the rally will resume. More updates will be provided later. Stay tuned.