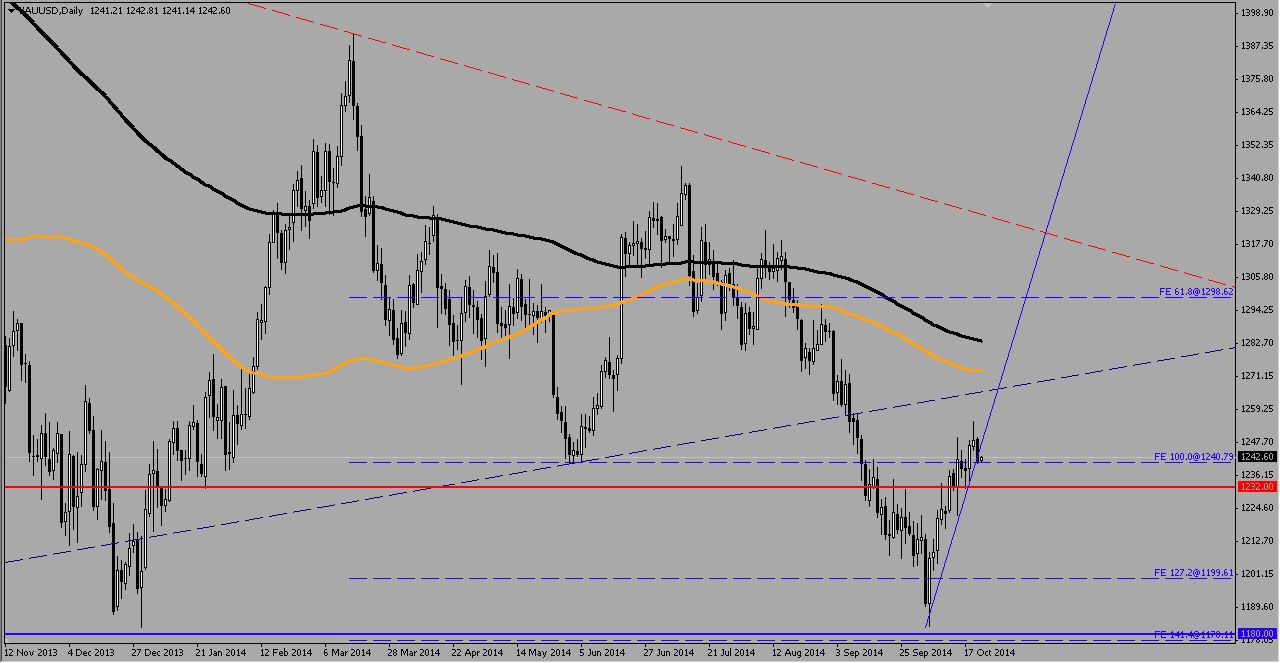 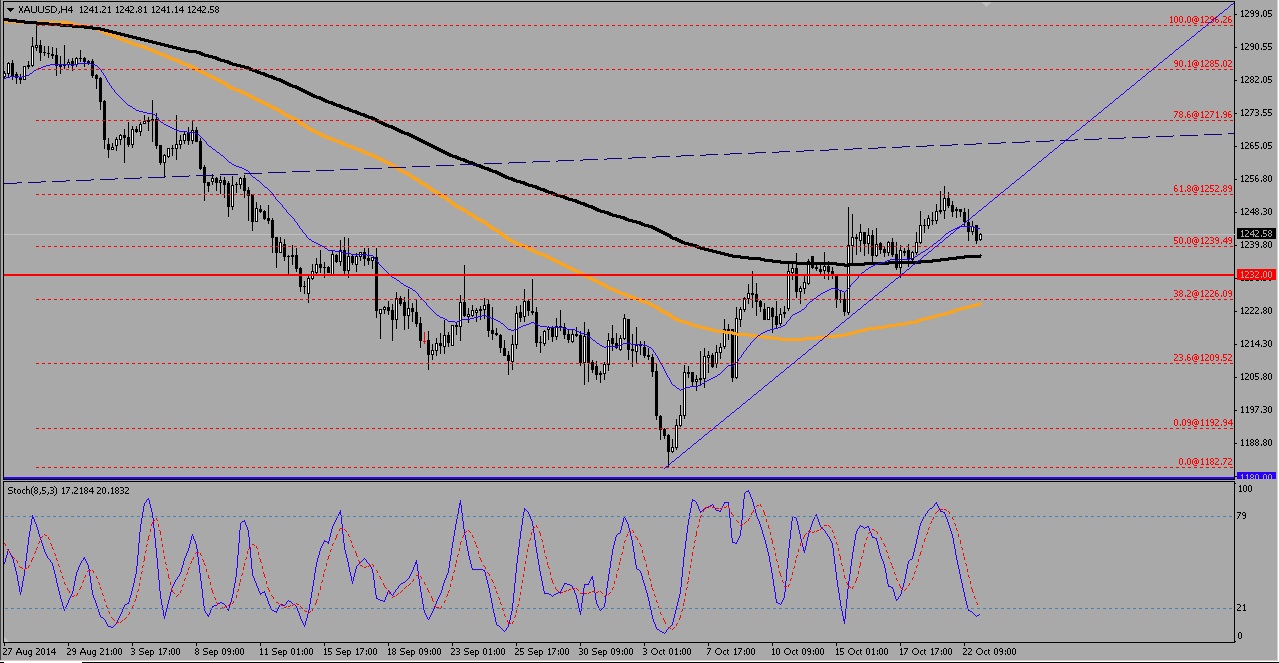 A rebound off the Fibonacci retracement level of 61.8% is currently seen with an oversold signal, but entries are not advised as no confirmation is seen. 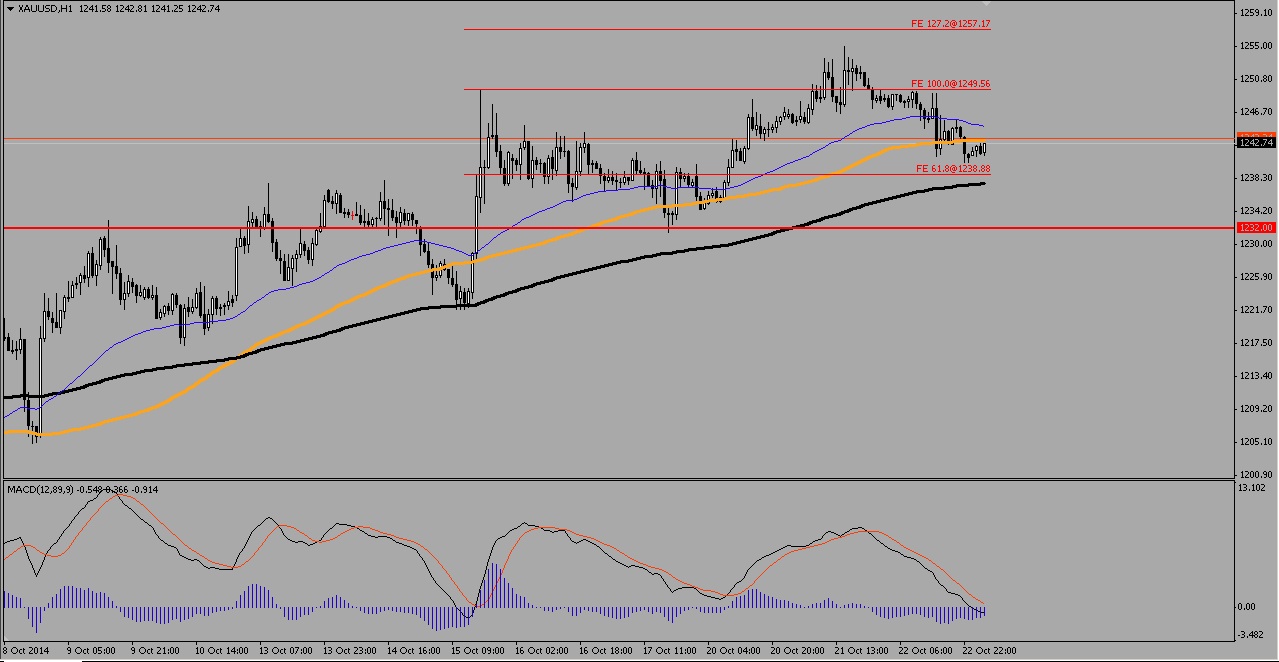 Only a break through of 1249 resistance can be seen as a favourable bullish entry, as the Traditional MACD looks to head into the negative territory and may signal an intraday bearish trend.

Gold buyers are still in the midst of enjoying lower prices, particularly the Hindu festival of Diwali yesterday continues to see great demand from India. The bearish movement during the U.S session was due to the CPI data and the relative strength of the Dollar Index which gave a mild correction. Trading below the 104 hourly average for the first time in 8 days the trend is likely to test the 200 hourly average before the trend can be confirmed to return to bearish ways.

The CPI data was almost unchanged and remains favourable for Gold bulls as the Fed is not likely to raise interest rates when the inflation target is not met. Falling fuel prices is one of the causes of lower than expected rise in consumer prices.