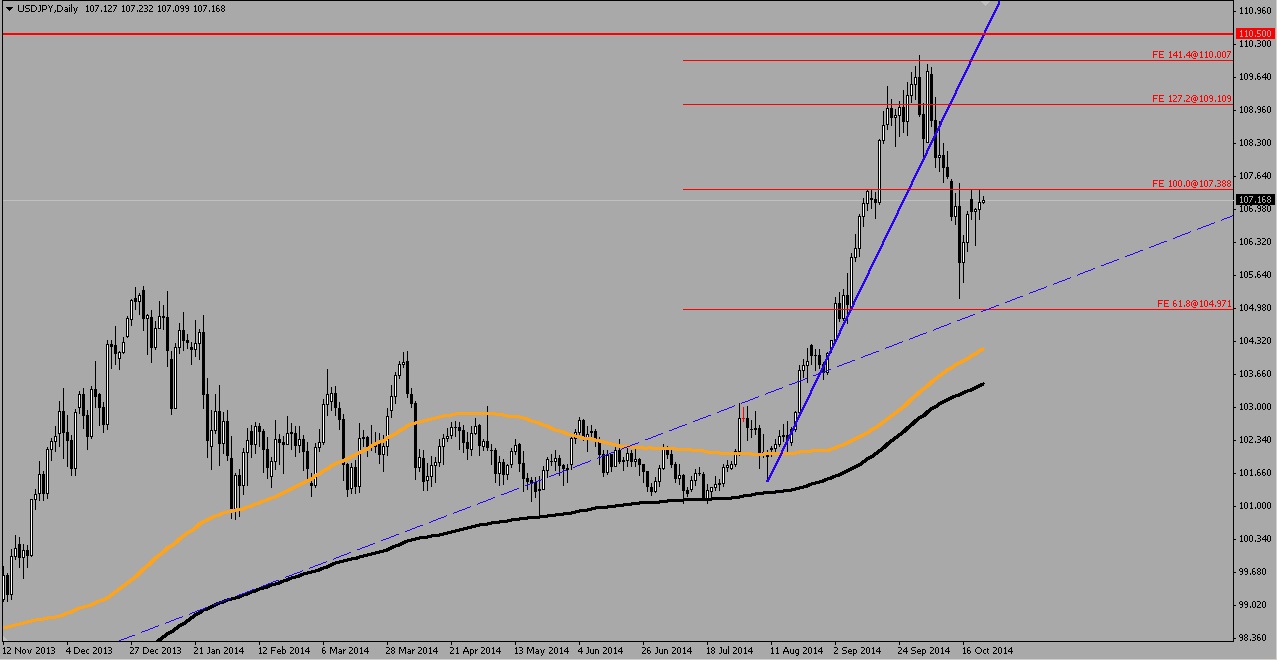 107.388 resistance on the Daily chart occurred twice this week as the bullish dollar after the CPI data failed to trade higher against the Yen. 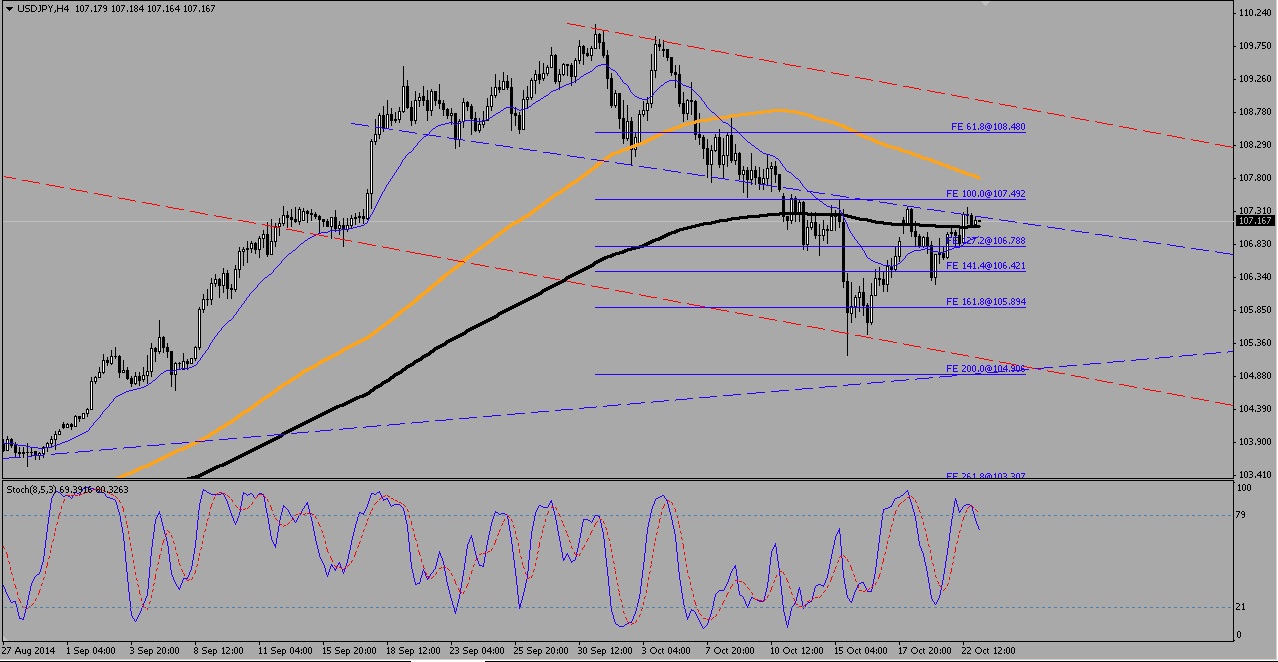 With a bullish break above the 200 moving average on the H4 charts, the gains are capped by observing the blue perforated trendline indicating the previous supports turning into potential resistances. 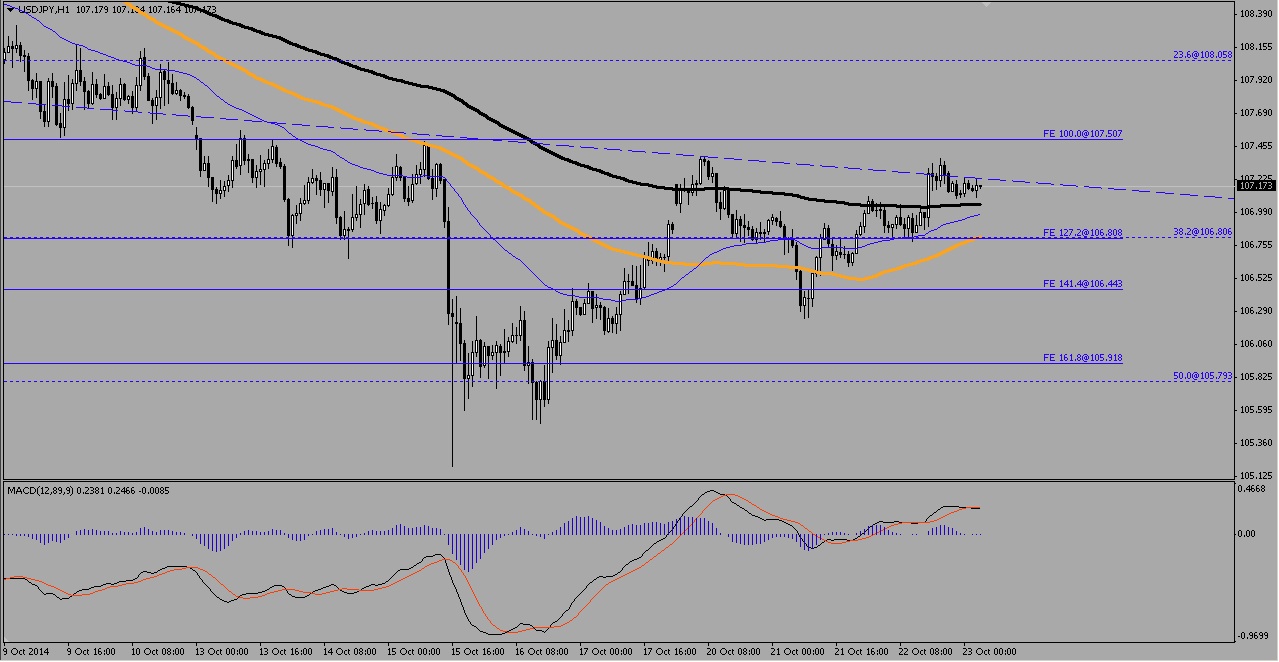 With the Fibonacci levels in blue, watch out for bullish reversals on these supports

Weak price growth is stifling the growth of the Japanese economy. Bank of Japan Governor Haruhiko Kuroda said last month that he welcomes a lower exchange rate to help meet his inflation target and may extend the nation’s unprecedented stimulus program to achieve that. Like his Japanese counterpart, European Central Bank President Mario Draghi is keen to fight a Japanese style deflation as he acknowledged the need for a weaker euro to make exports more competitive, though he has denied that he is targeting the exchange rate specifically.

A gauge of Japanese manufacturing also due today is projected to be unchanged at 51.7 for this month as the USD/JPY is likely to respond to the unemployment claims during the U.S session later today.