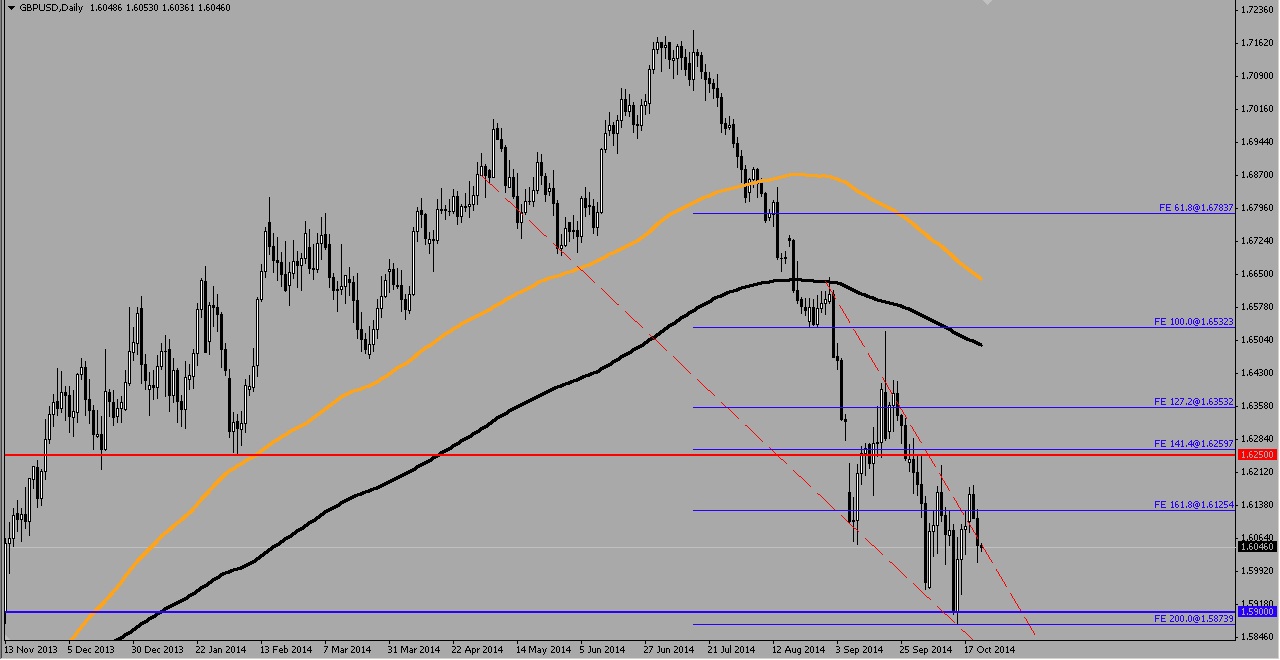 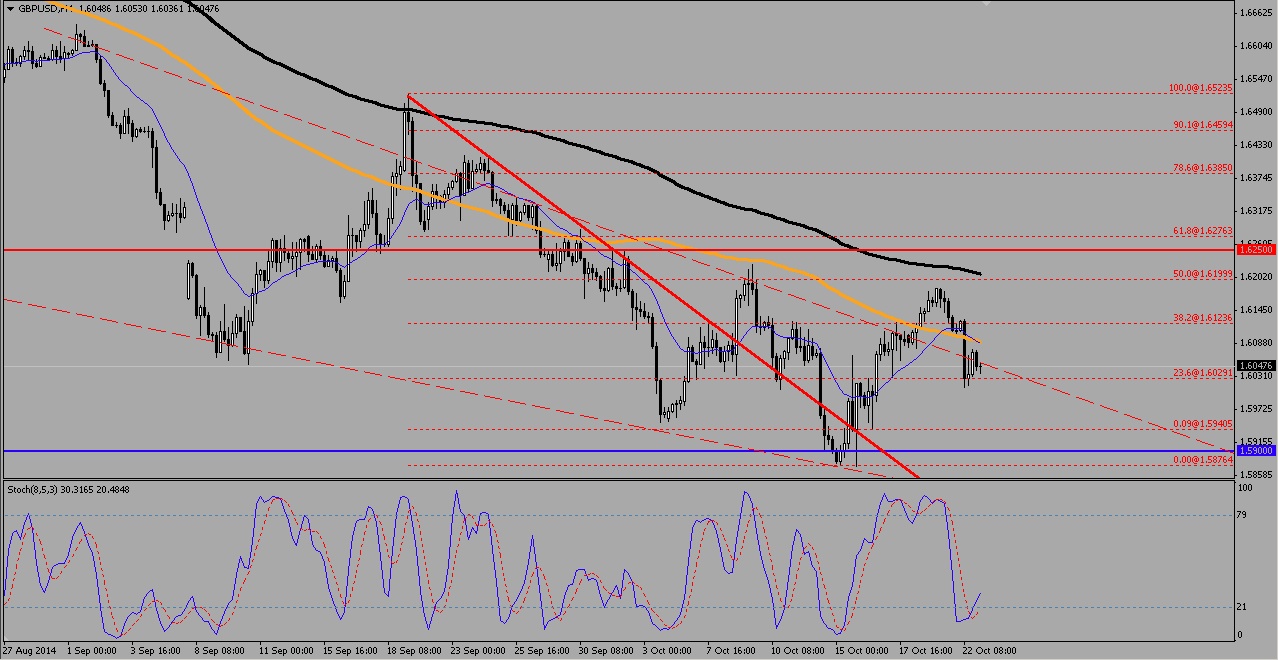 Cable fell towards support at 1.603 as the moving averages converge and looks to dip downwards 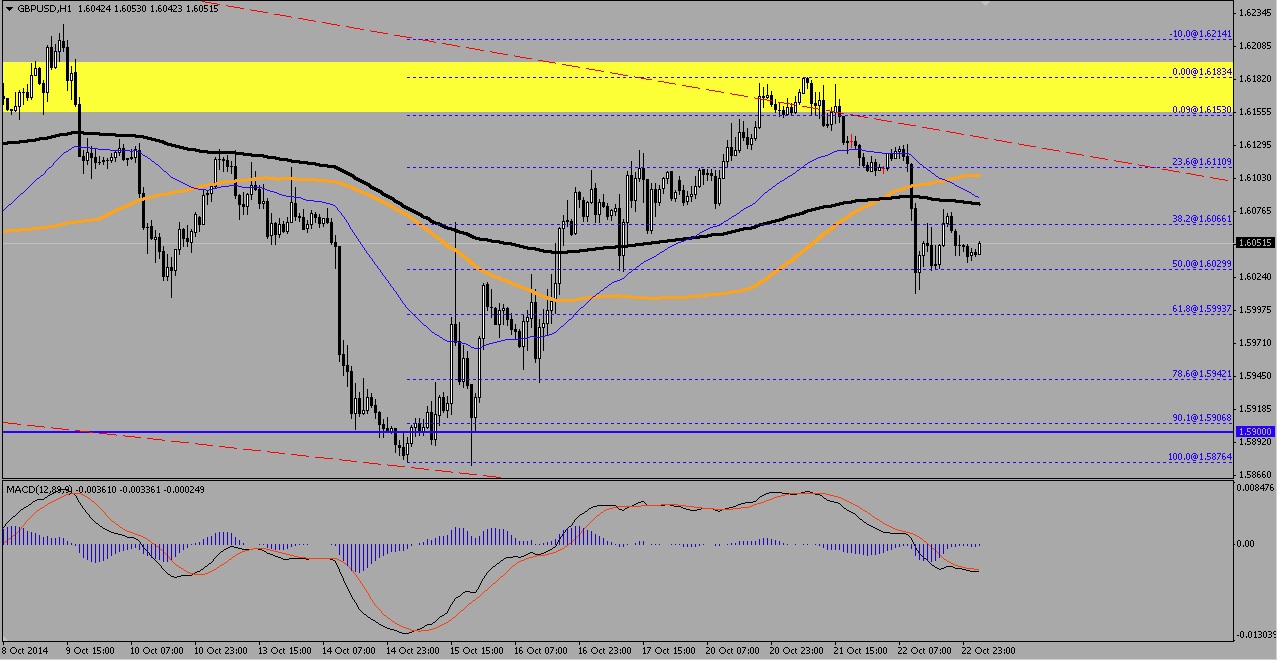 At 1.606 and 1.61 we may see resistance today before the retail sales month on month change figures, and should data turn out worse than expected we may see 1.6000 broken today.

It is not so much of the decision but the view behind the decision that saw the Bank of England Monetary Policy Committee maintain its stance in voting 7-2 to keep the benchmark rates at the 0.5% record low. Fearing the Eurozone’s loss of momentum could be a risk could bring a detrimental effect to the U.K if rates were raised early, sentiment from the U.K remain conservative, with inflation slowing to 1.2 percent in September, staying below the central bank’s 2 percent goal for a ninth month. Preliminary GDP quarter on quarter change to be announced tomorrow probably cooled to 0.7 percent in the third quarter from 0.9 percent in the three months through June.

Retail sales month on month is expected to fall by 0.1% later today and should 1.603 be broken we may see sub 1.6000 levels as soon as the U.K session goes into the break.

MultiBank Group
Test MultiBank Group Now Why MultiBank Group?
Your subscription could not be saved. Please try again.
Thank you for subscribing. You will be the first to receive all the latest news, updates, and exclusive advice from the AtoZ Markets experts.
Everyone is reading
XRP Advocate Petitions Gary Gensler to Drop SEC Ripple Lawsuit
XRP Exceeds $1: Here Are the Reasons Behind the Rally
Why Is XRP Rallying When Ripple’s Equity Is Worth Only $3 Billion?
close ×