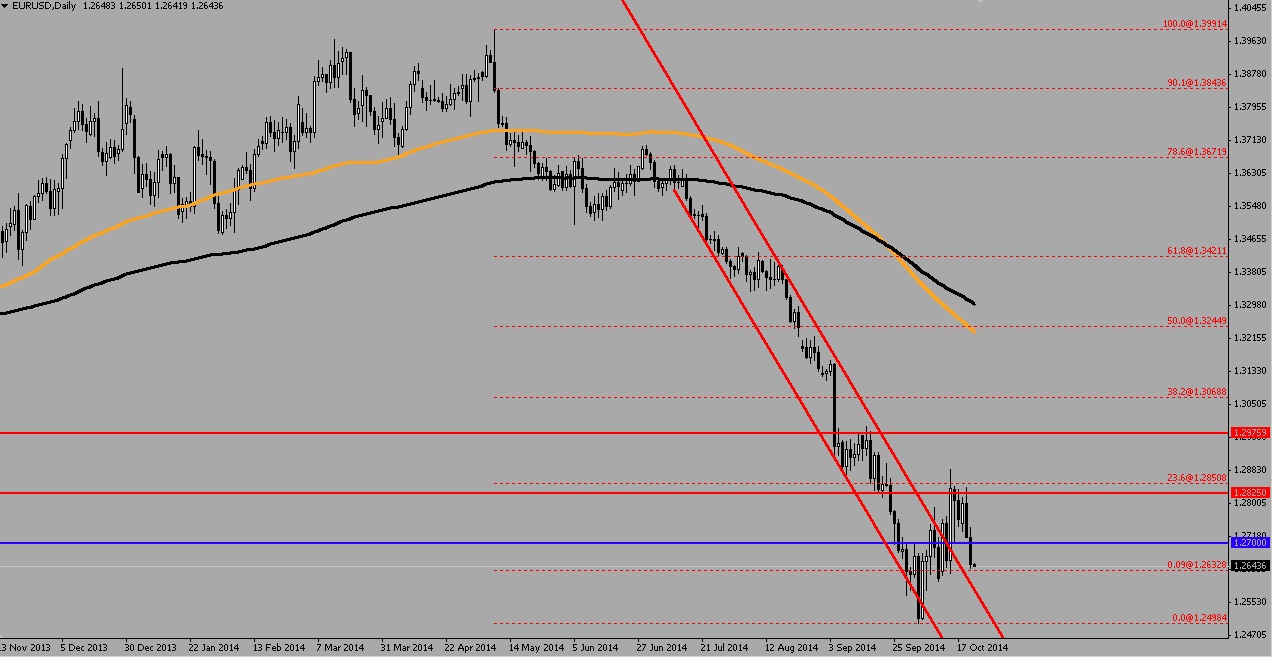 The Euro fell beyond 1.2700 support against the U.S dollar as more bears are in place to bring this lower 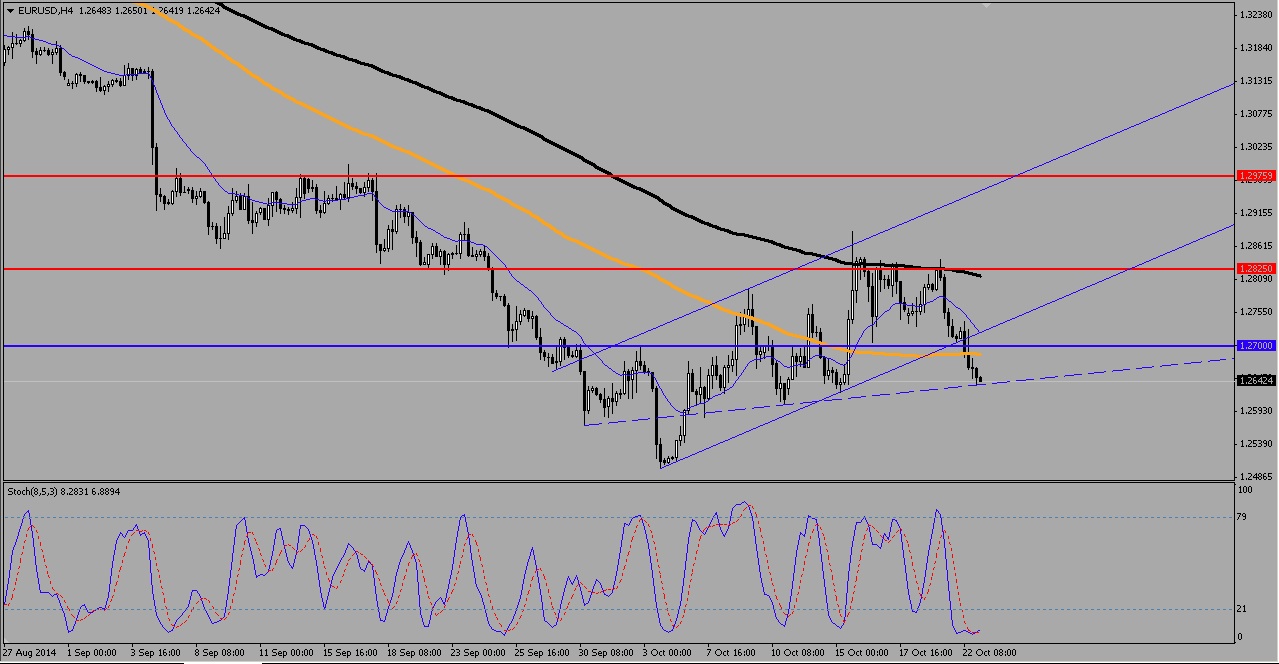 The previous uptrend channel that was forming has been broken during the European session yesterday, with the perforated trendline the next to be observed as possible support. Bearish Traditional MACD shows a continuation of the bearish movements, as the moving averages dip above the current market price as well to sustain the view.

The ECB started a third day of purchases as it acquired Spanish covered bonds, adding on to the French and Portuguese securities it has already purchased this week. The central bank, which will reveal the amount of debt purchased on Oct. 27, has been buying bonds in parcels from 5 million euros to 20 million euros, sources reported on the basis they will be kept anonymous.

The Euro fell against the dollar yesterday after resisting the correction towards 1.274, right at the 200 hourly moving average as the market pushed the EUR/USD below 1.2700. The better than expected month on month change in the U.S CPI also brought the U.S dollar higher against its peers, seeing the Euro end the day slightly below 1.265, the October 15th low.

EUR/USD is expected to fall even lower today due to the French and German Flash Manufacturing PMI as even achieving estimates will have shown a drop in expectations from previous months’ figures. The U.S unemployment claims during the U.S session may not be the most volatile catalyst for the Euro today which may see a little retracement if claimants turned out more than expected.

Plus500
Open live account Review
Tags ABS asset backed securities broad based asset purchases Dollar Draghi ECB Euro European Central Bank EURUSD EURUSD analysis EURUSD outlook EURUSD projections EURUSD technical analysis Mario Draghi TLTROs USD
Disclaimer: The views and opinions expressed in this article are solely those of the author and do not reflect the official policy or position of AtoZ Markets.com, nor should they be attributed to AtoZMarkets.