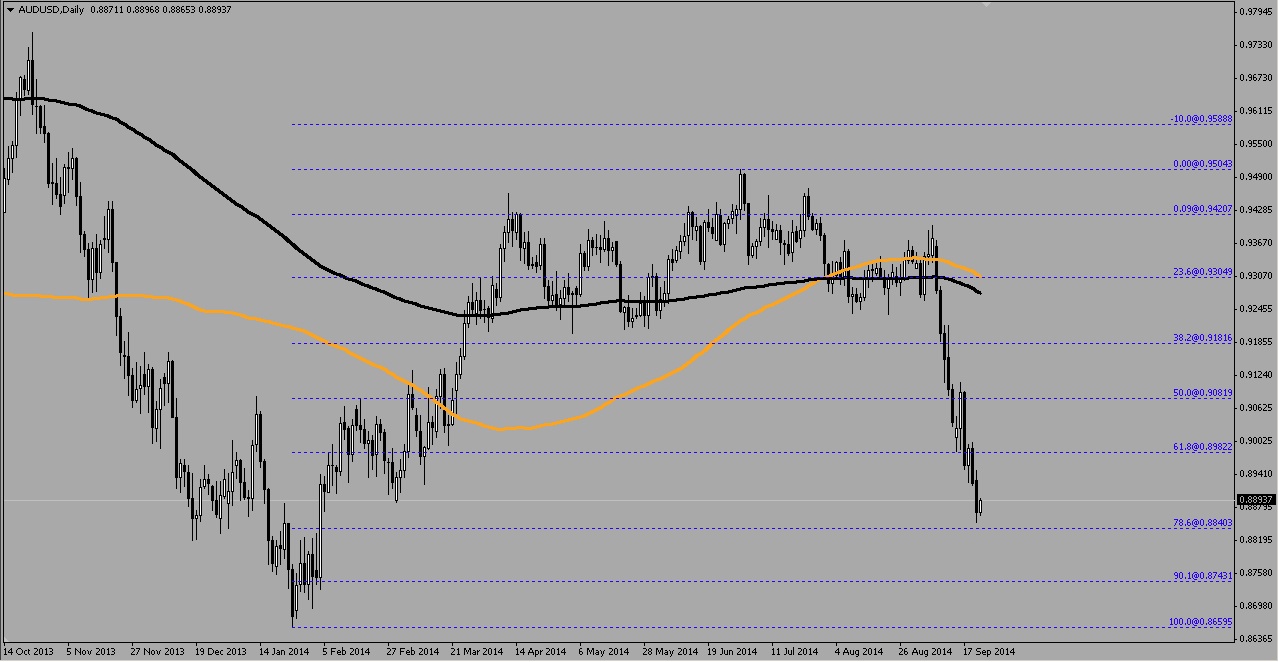 Aussie dollar trades below 0.89 against the greenback for the first time since March 2014 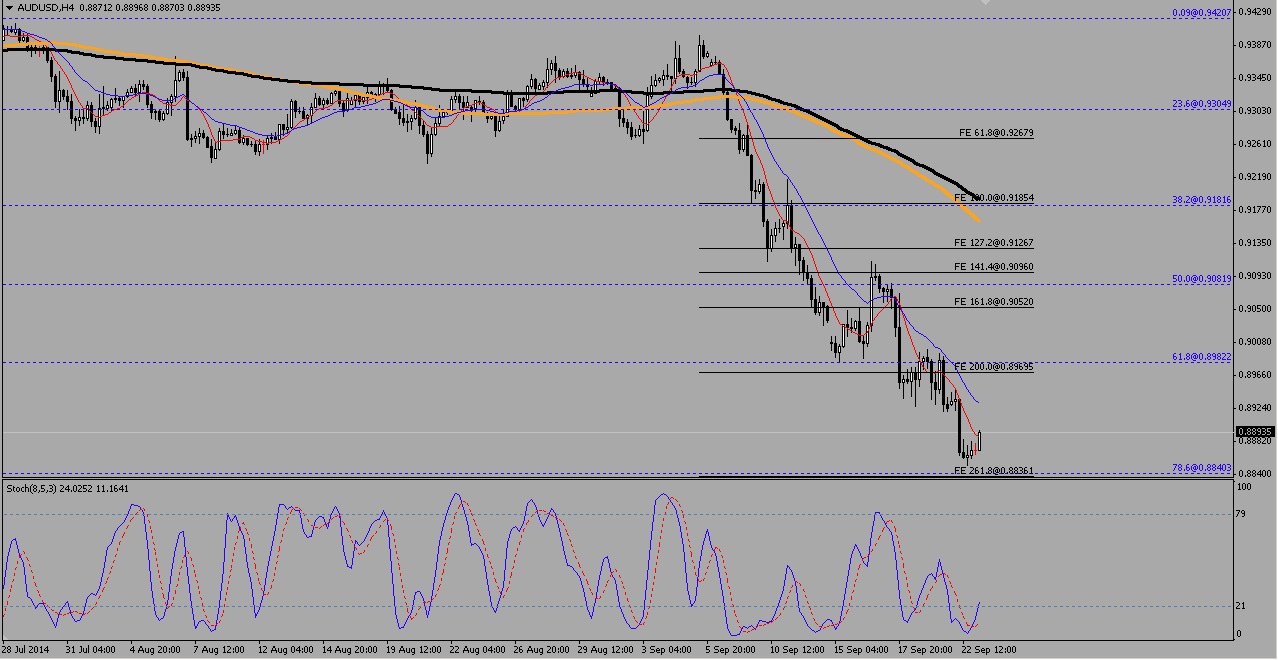 AUDUSD corrects itself from the drop towards 0.884, just as the 261.8% Fibonacci Extension level is expected to be support. 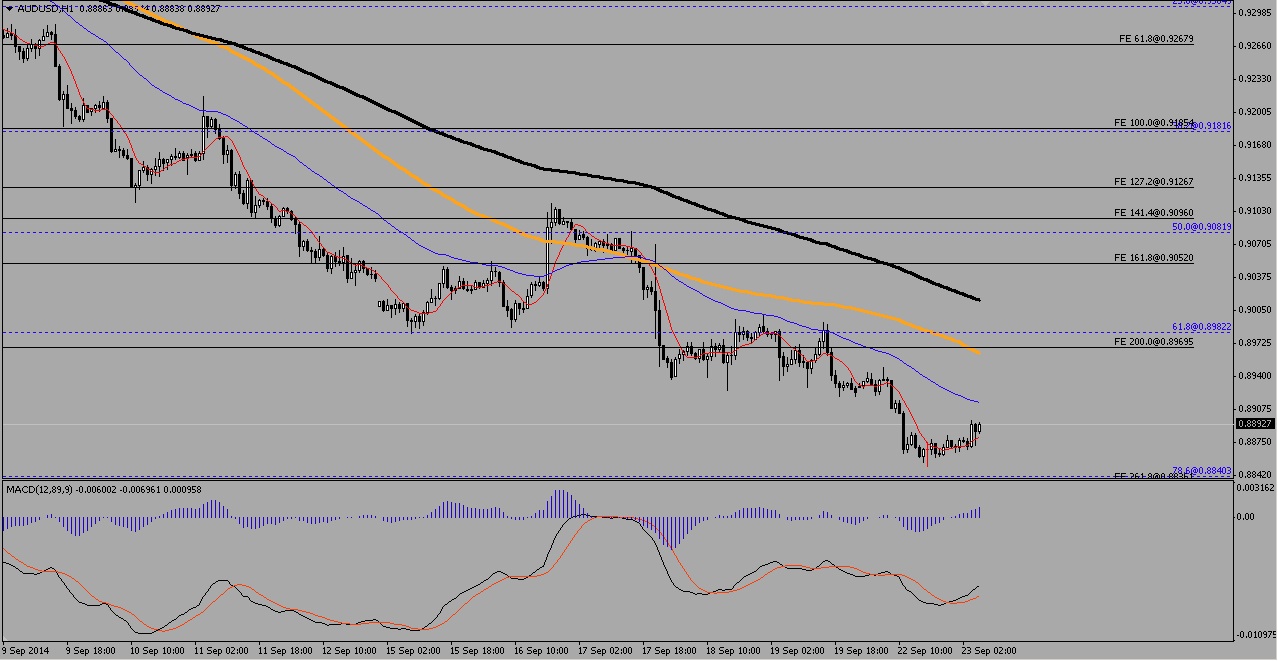 Stochastics is oversold while Traditional MACD still remains bearish and hints of a retracement.

Targeted stimulus seems to be working in the Aussie dollar’s favour, coupled with the rise in HSBC’s preliminary Purchasing Managers’ Index which turned out higher than estimates, as AUD rebounds against the USD with the possibility of ending 2 weeks of bearish momentum. Technical analysis shows that Australian Dollar should test support at 0.884 with a view in mind to move higher towards resistance of 0.898. Failing 0.884, the rate could fall to 0.8743, the low of February 2014.