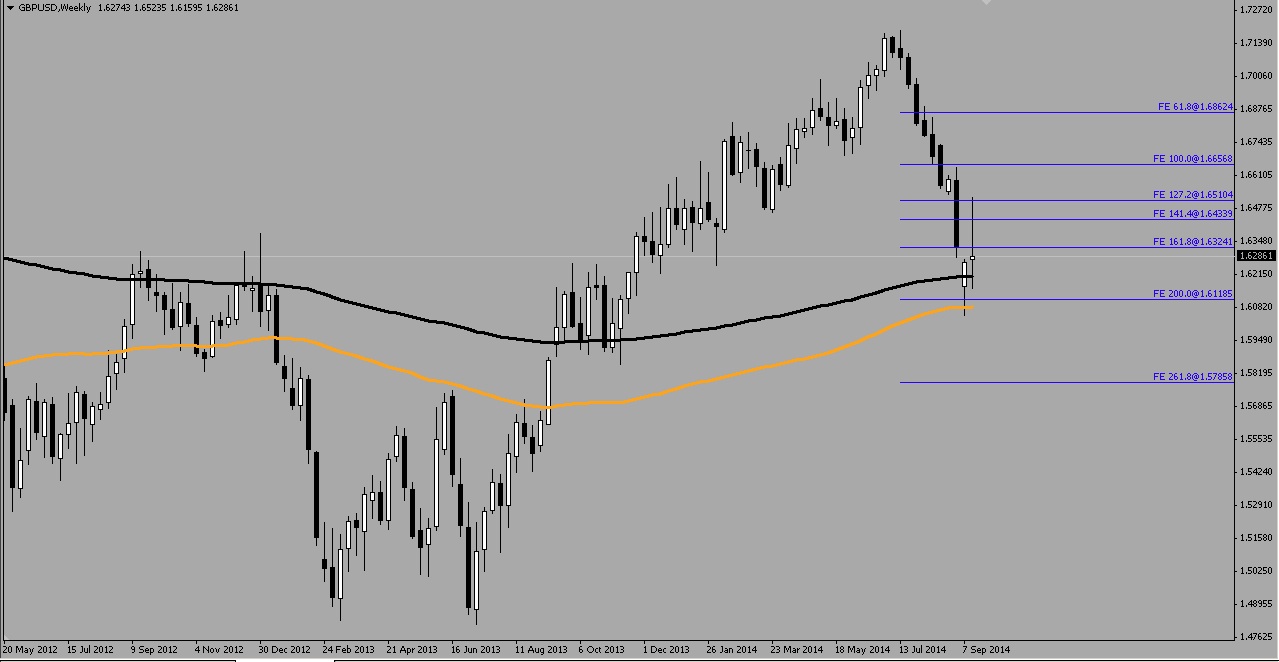 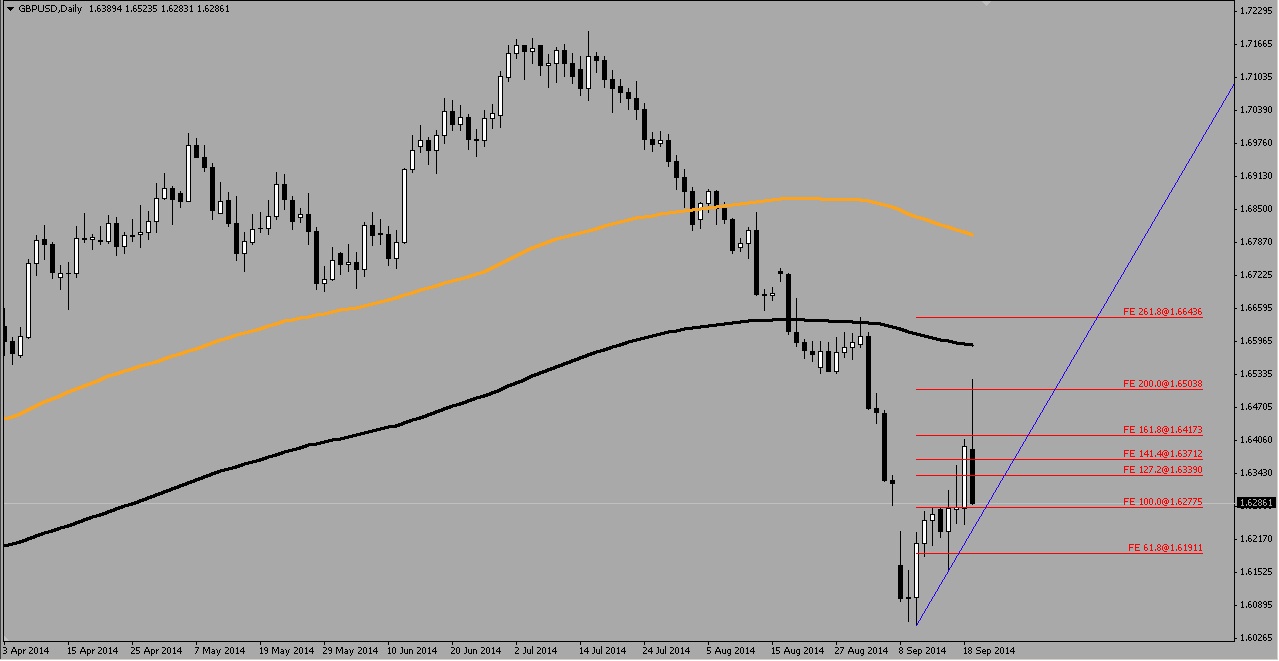 Cable attained the high of 1.65, the levels attained in early September, before dropping back close to previous resistance-turned-support at 1.6277 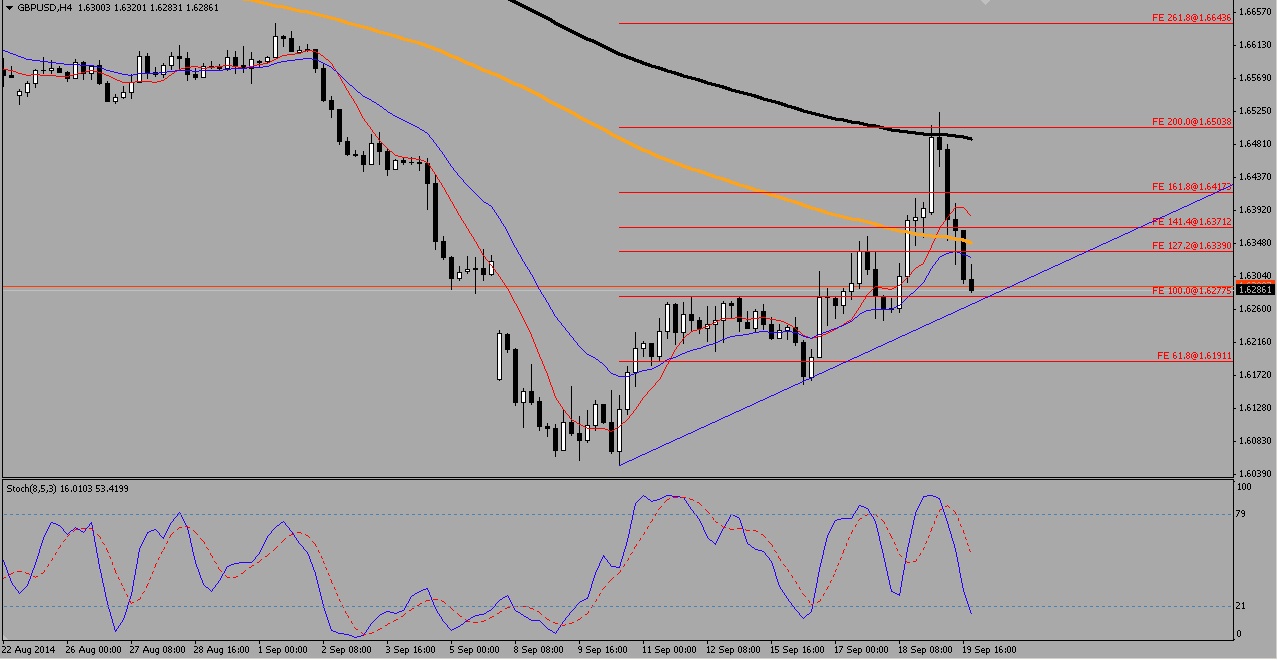 Noting the recent ascending trendline, higher lows are still the main trend to go as the market exhausts at the 200 moving average on the H4 charts, post Scotland Referendum.

Scotland’s vote came to naught as the United Kingdom remains united. Pound rebounded from the low of 1.62 and covered the trading price gap set 2 weeks ago towards 1.65, before closing the week slightly above resistance turned support 1.6277. The GBP/USD looks likely to observe the trendline and continue its bullish run as the market renews confidence in the currency as the top gainer among the economic powers. Look to buy on the dips for Pound as it looks to test the higher lows towards 1.664 as the mid term resistance.

15 Major Oil Prices Influencing Factors
Forex Crypto
Top 5 Forex Brokers
Top 5 Crypto Exchanges
Your subscription could not be saved. Please try again.
Thank you for subscribing. You will be the first to receive all the latest news, updates, and exclusive advice from the AtoZ Markets experts.
Everyone is reading
The Legal Battle Between the SEC and Ripple Continues
Binance Cancels Cryptocurrency Trading in Australia
Dogecoin Crashes and Bitcoin Market Awaits Fed's Meeting
close ×