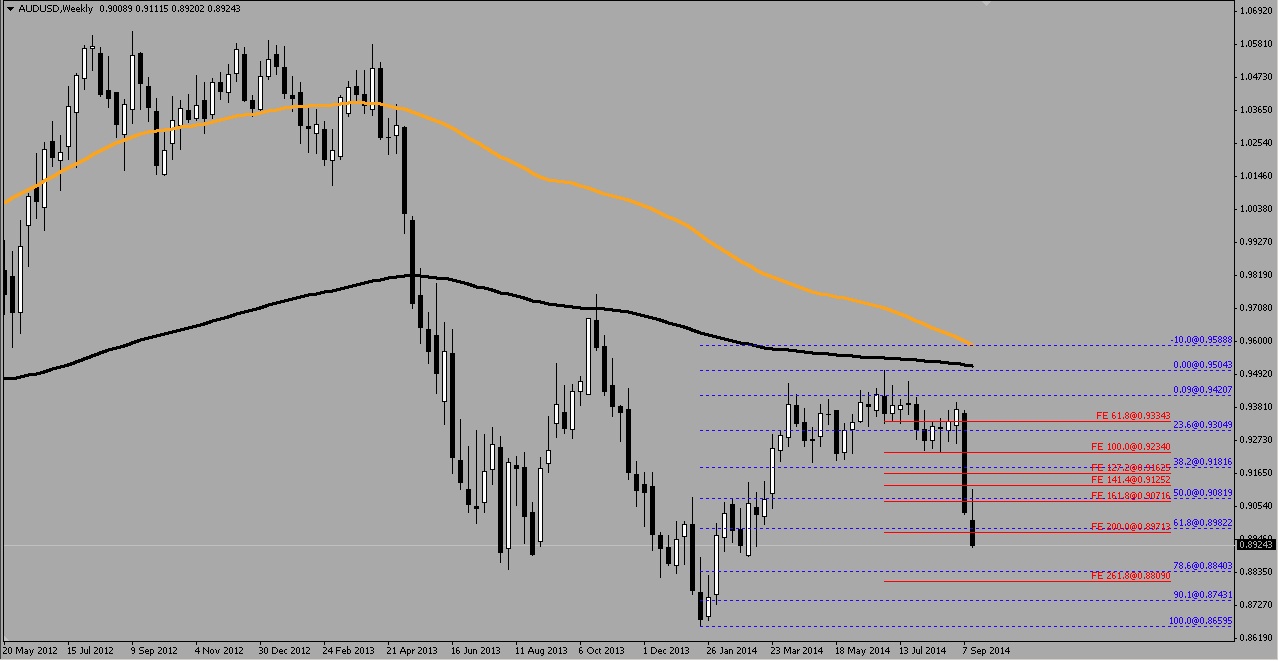 Australian dollar falls below 0.8982 of the uptrend retracement and looks to challenge support as per Feb 2014 and Dec 2013 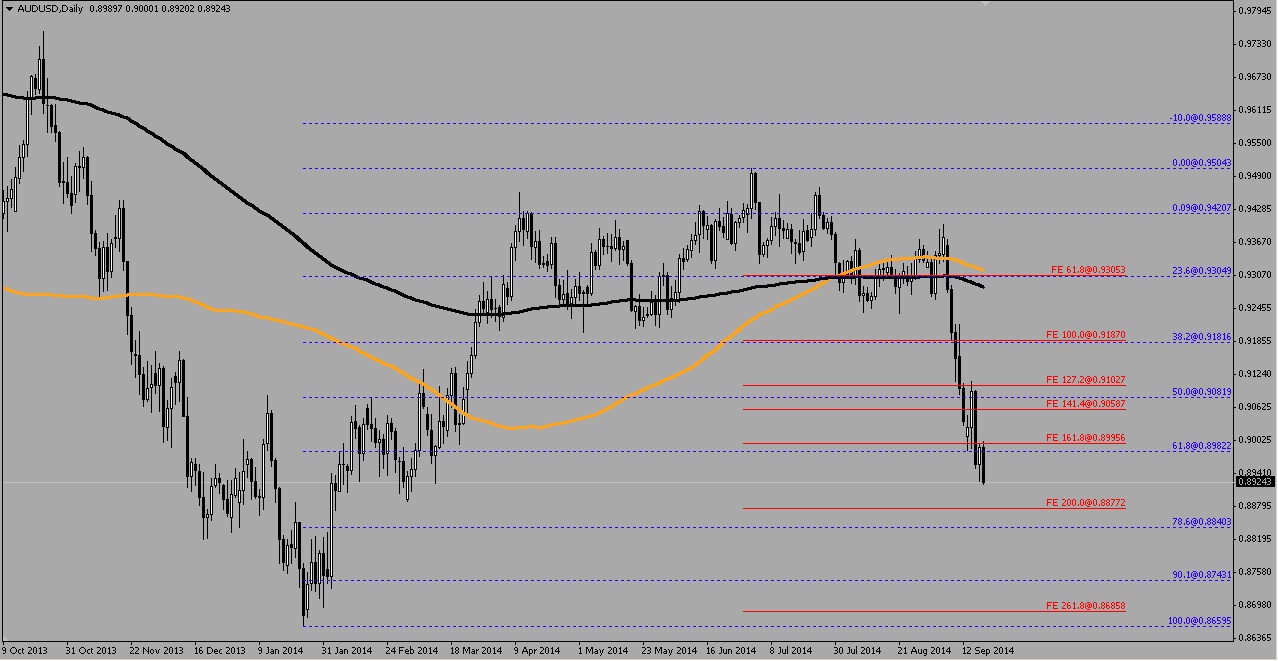 AUD/USD ended the last trading day of the week with resistance just below 0.9000 and likely to extend losses towards 0.8877 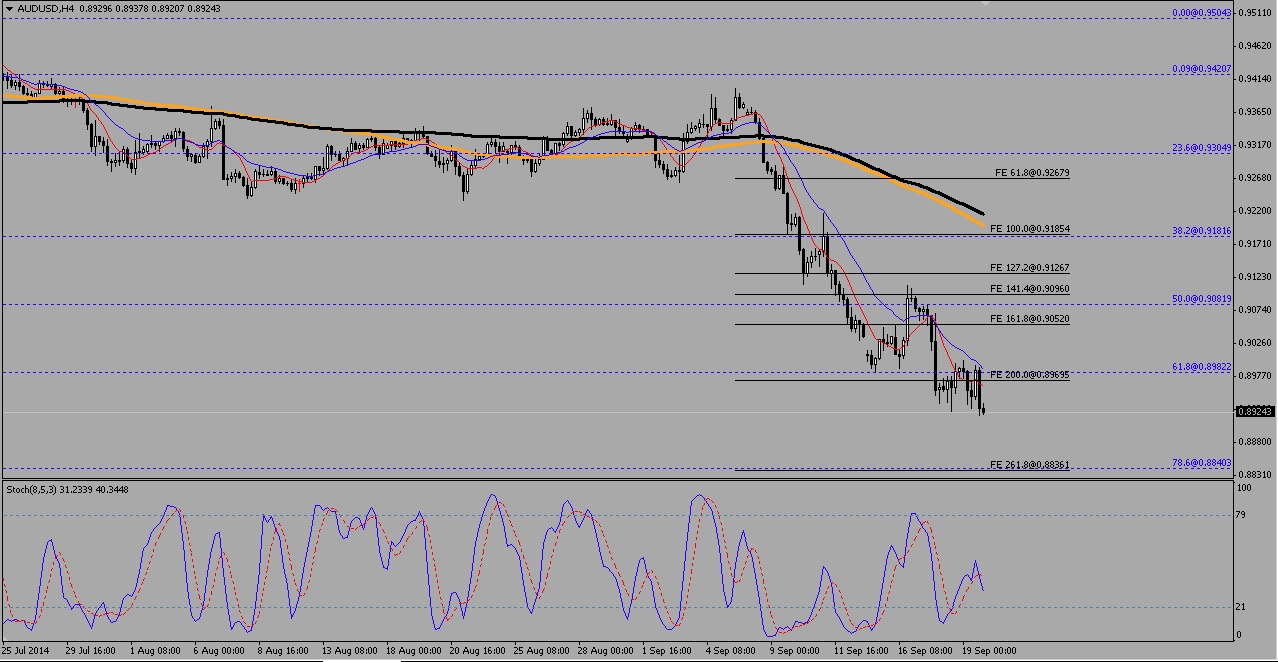 The lack of real direction in the market on the Australian dollar has seen U.S strength push the AUD/USD lower, close to the low of February earlier this year. The retest of 0.91 and subsequently 0.9 both saw resistances last week and failure to break above 0.8969 will see 0.887 as the closest strong support.