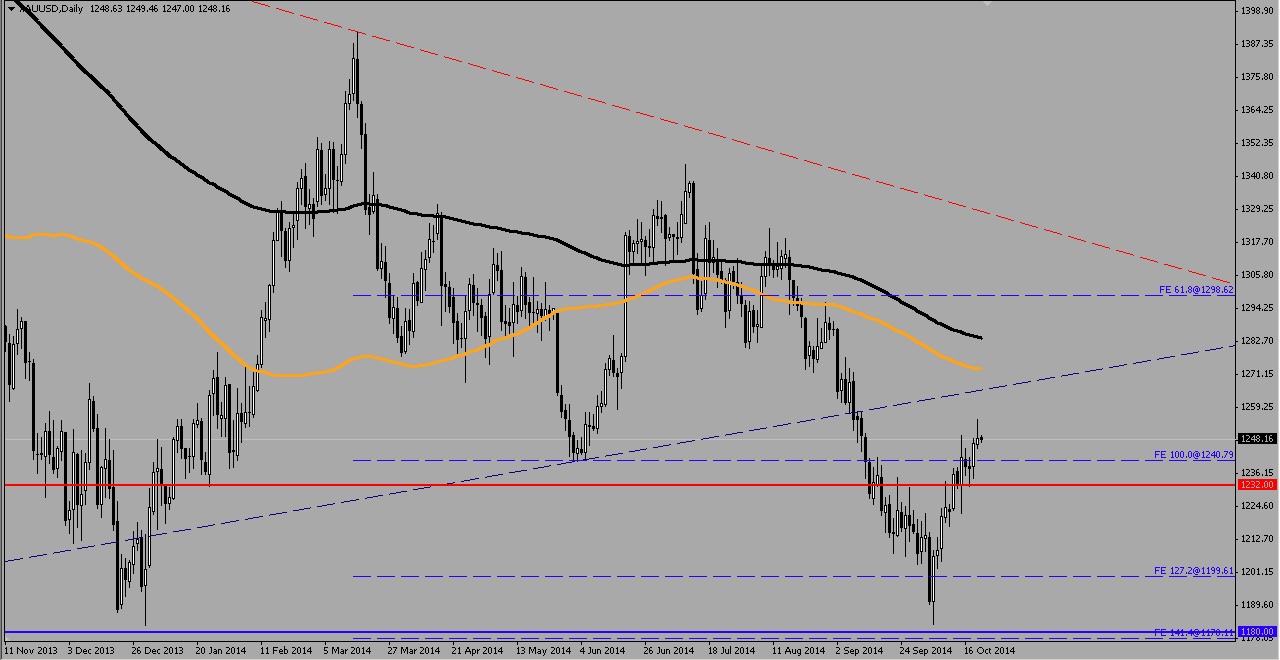 Gold prices extend to just below 1255 yesterday as uncertainty over the dollar caused gold buying to surge. 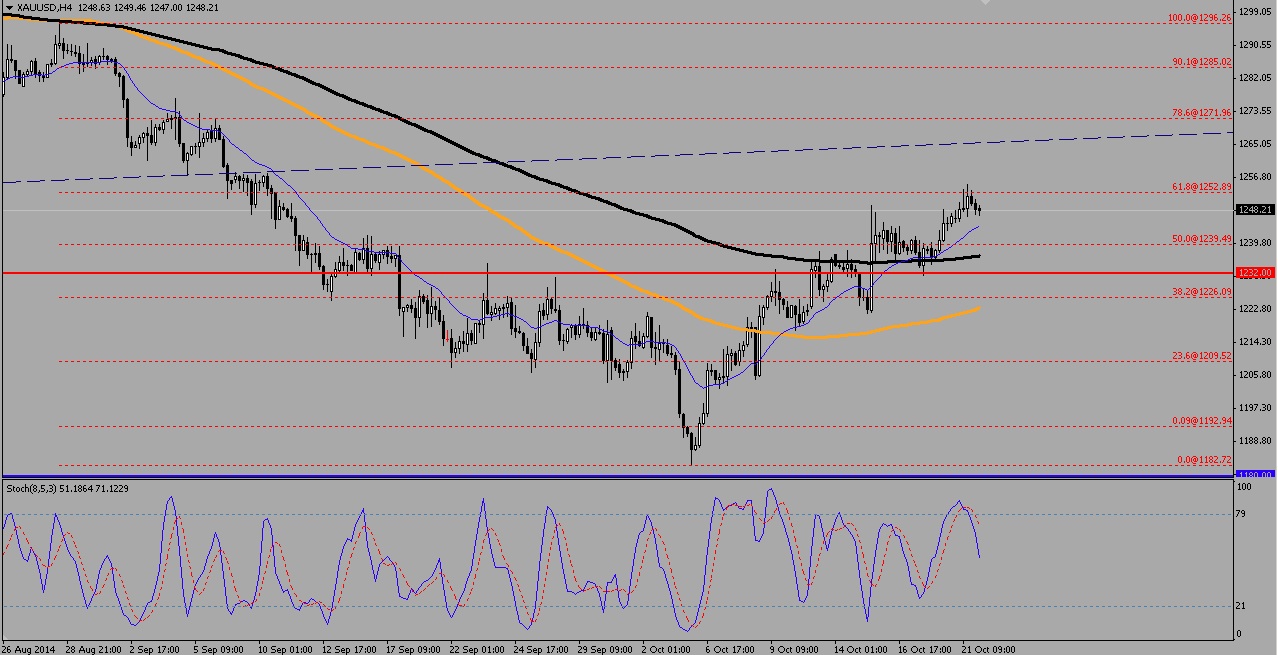 The Hindu festival of Diwali also encouraged gold buying in India, as prices are supported at last week’s high at time of writing. 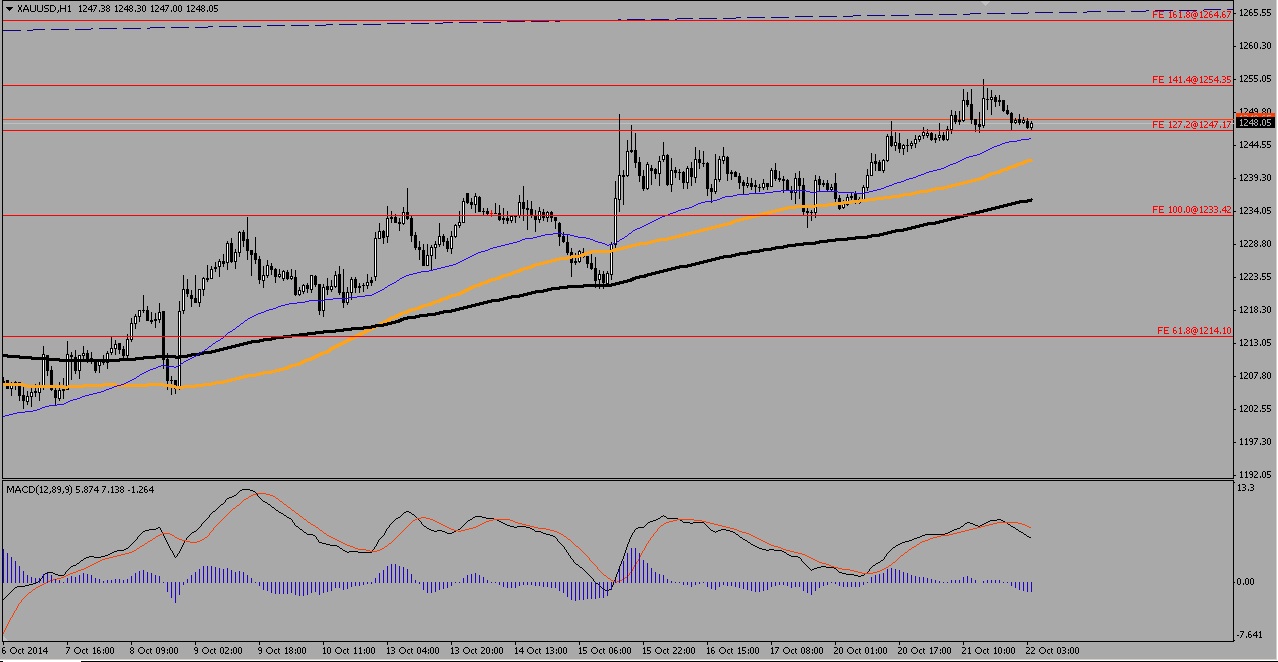 Prices are supported at 1247 after attaining 1254 resistance on the Fibonacci Extension 141.4%

The Hindu festival of Diwali sparked gold buying which coupled by the Fed’s various spokespersons having differing views on the winding down of QE and annual growth led to Gold being an excellent alternative amidst the indecision.

Gold has not rallied this much since the end of July period and the only time this year so far that gold prices climbed in almost 3 weeks of gains came in early June and previously in February.

1250 resistance being broken sees 1264 on the hourly charts based on the Fibonacci Expansion as demand is likely to continue until the Fed’s meeting on rate decision at the end of the month, or slightly later today when the CPI and Core CPI month on month change is announced.