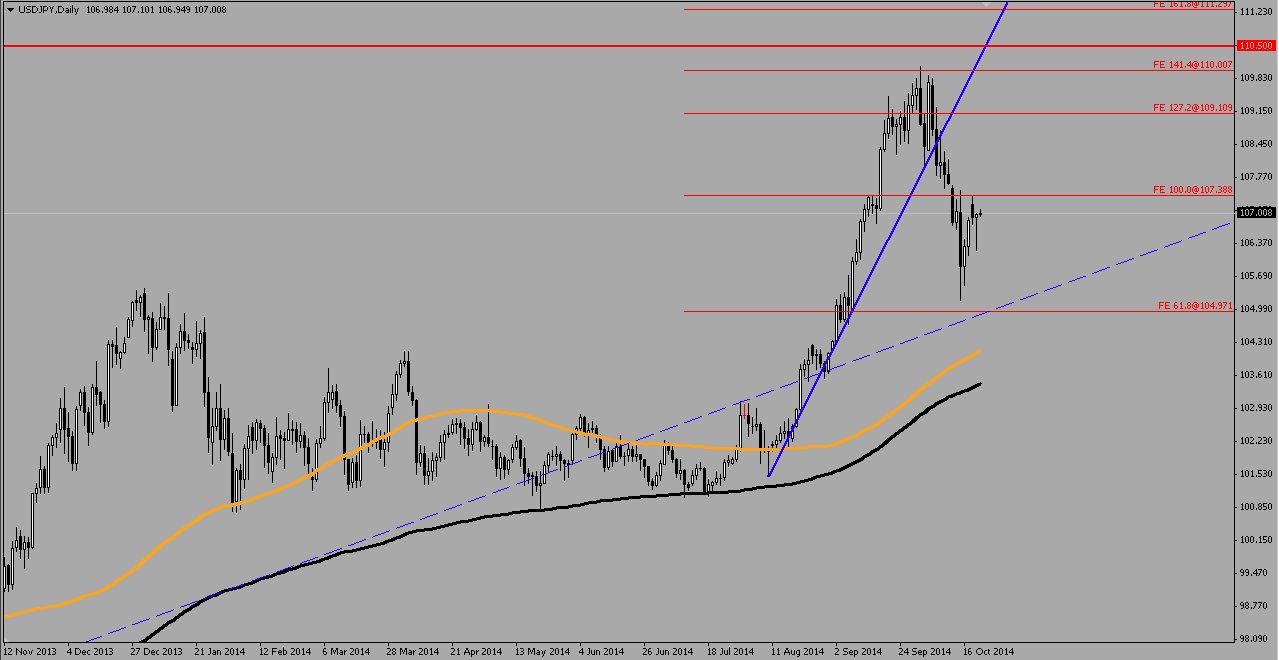 The dollar recovered against the Yen after falling initially in the earlier part of the trading day, supported at 106.3 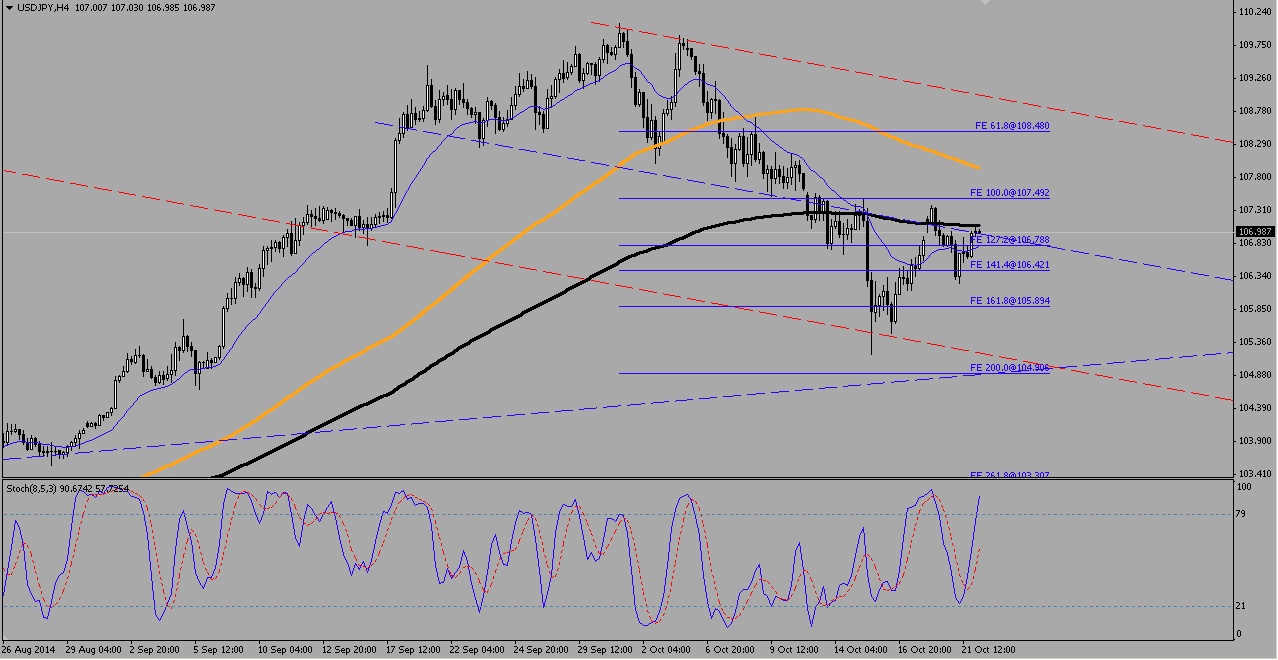 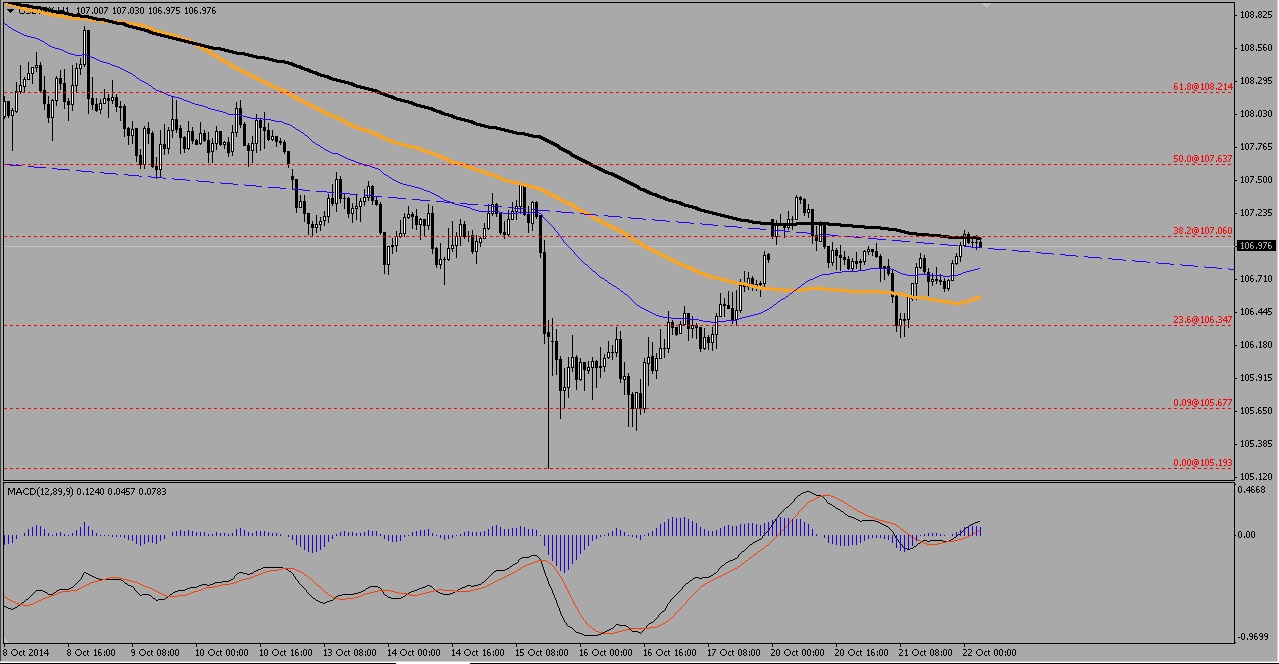 A failure to breakthrough the 200 hourly average in black has seen lower highs formed and 107 at the 38.2% of the downtrend retracement sees a likely resistance.

Data just reported showed a negative 1.07 trillion yen as Japanese trade balance fell more than expected, with exports continuing to falter. The market did not respond as aggressively and could be determined by the U.S market later today as the CPI and Core CPI month on month change could shed some light on the conservative dollar this week after the roller coaster ride in the past weeks.

The trend continues for the bearish correction of the USD/JPY more so in favour of a safe haven currency, that is, until the Fed makes clear its intention on the winding down of the QE. Yen gained towards 106.3 per dollar and looks to extend gains towards 105.