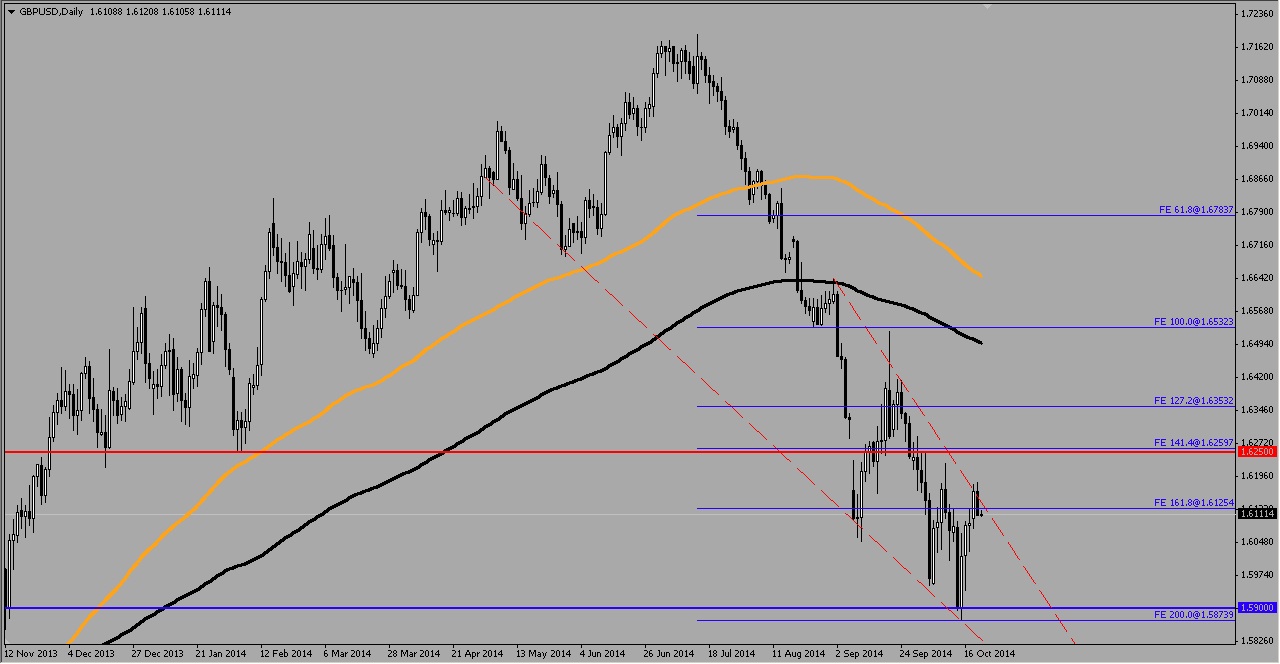 Cable met with resistance at 1.618 as per the high of 9th October, closing the trading day just below 1.612 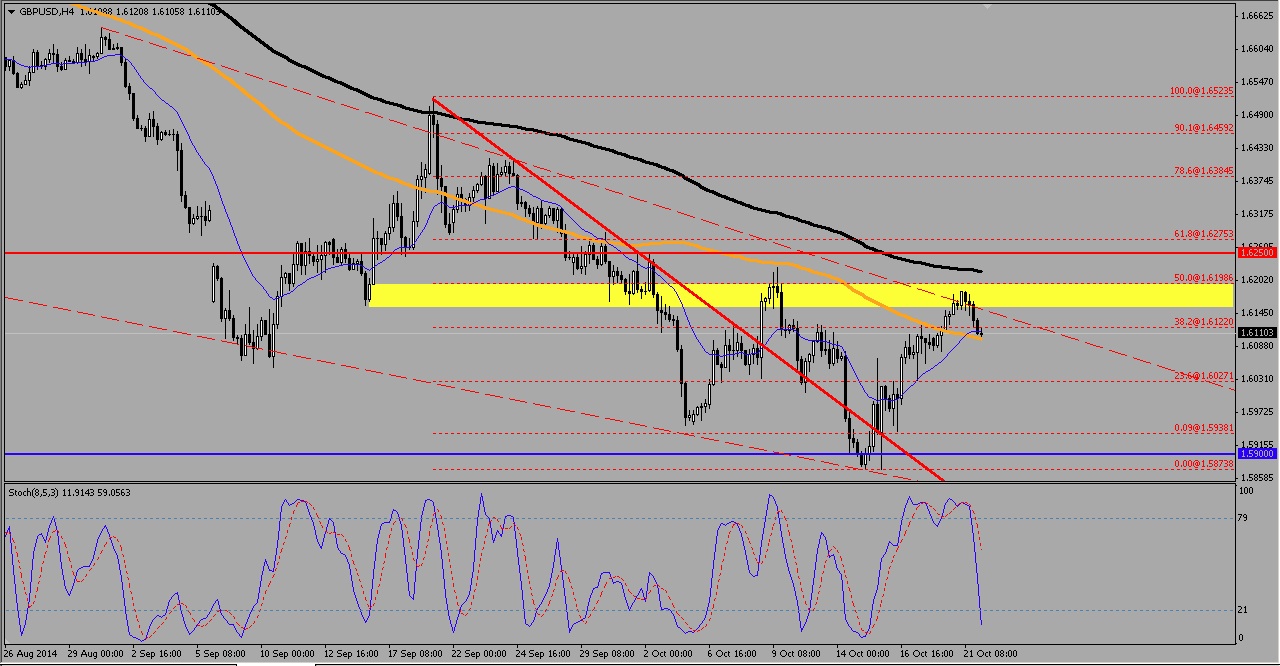 We observe a similar selling action at the highlighted zone as the moving averages converge and dip downwards. 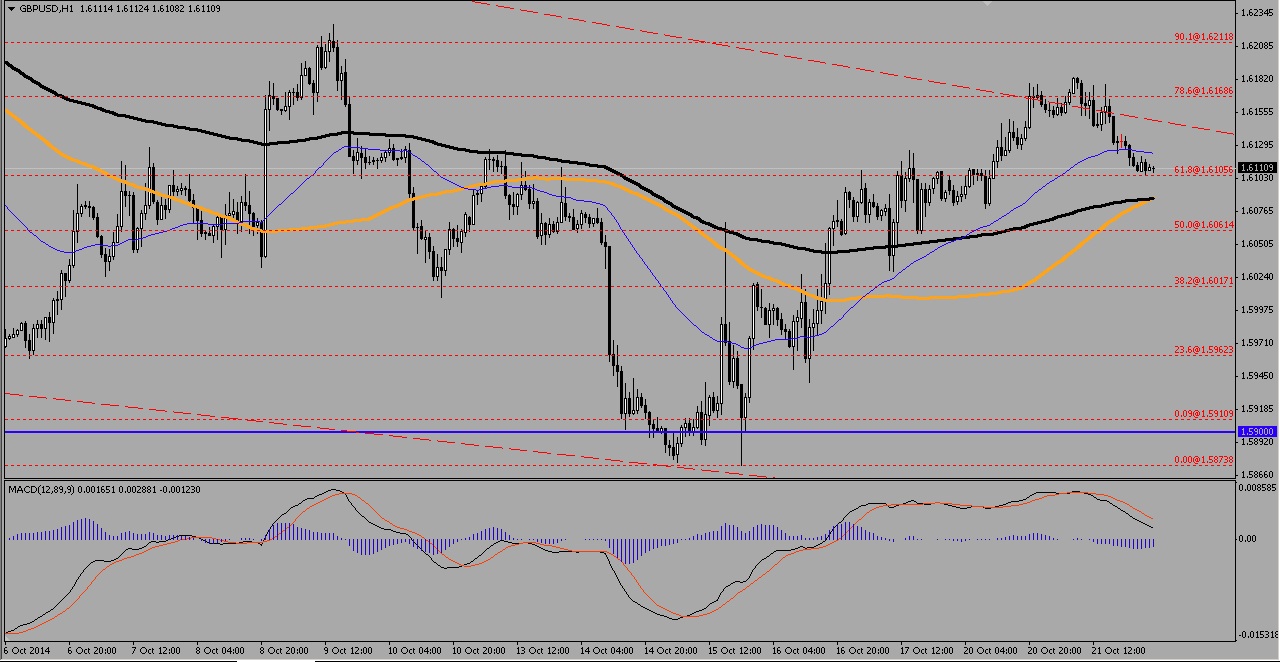 A resistance at the trendline today will likely see GBP/USD bearish towards 1.602 before retesting the 1.6000 psychological level

It never rains but pours, as the U.K faced its worst outage in payments since 2007 as electronic payments by home-buyers were delayed as much as 9 hours after routine maintenance on the system has been completed. Bank of England’s Governor Mark Carney is under scrutiny for the management of the systems that is a key factor of the financial infrastructure of the U.K.

Today will also be the start of 3 days of economic data as the Monetary Policy Committee is expected to resume its stance as of last month about the Asset Purchase Facility as well as the Official Bank Rate. The Retail Sales figure tomorrow and the preliminary GDP quarter on quarter change estimates on Friday will likely swing the Pound sterling on a definitive direction as the Bank of England faces possible deceleration in the growth in the U.K.

The markets responded yesterday with 1.618 as the resistance as 1.62 attained the previous week also showing bearish response forming a lower high trendline. An overbought signal on the Stochastics Oscillator on the H4 charts coupled with the dip of the 50 moving average on the hourly charts gave early selling impetus to traders, with closest support at 1.602 as the target.