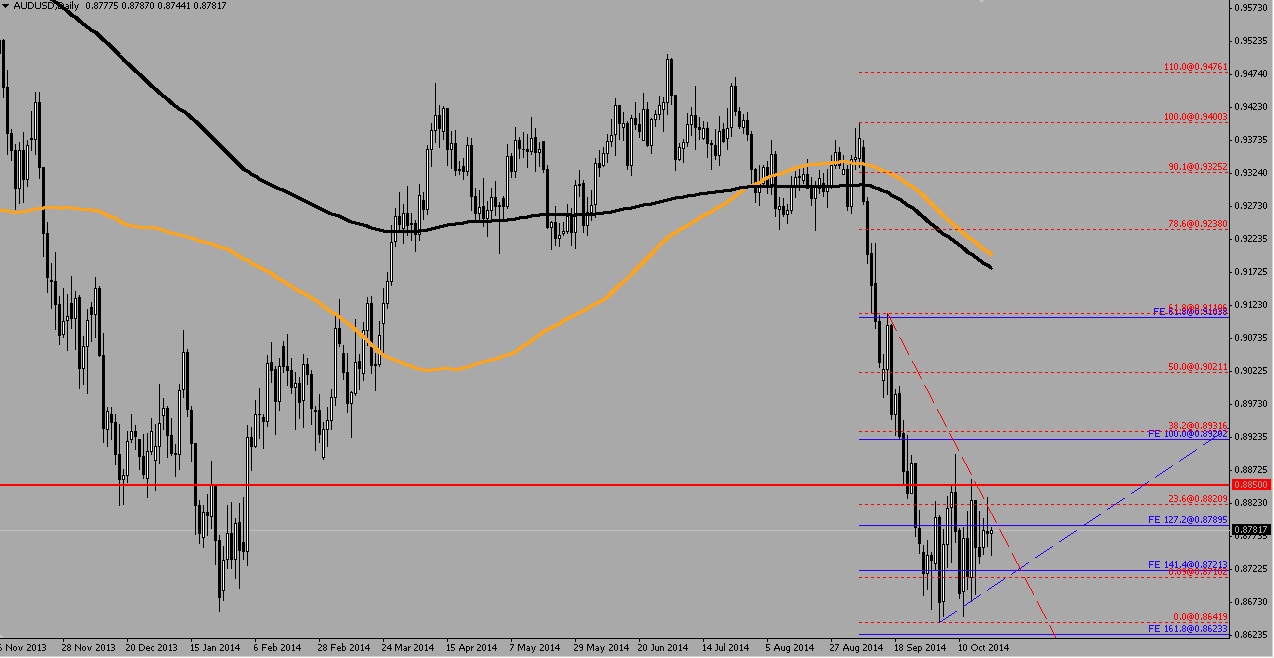 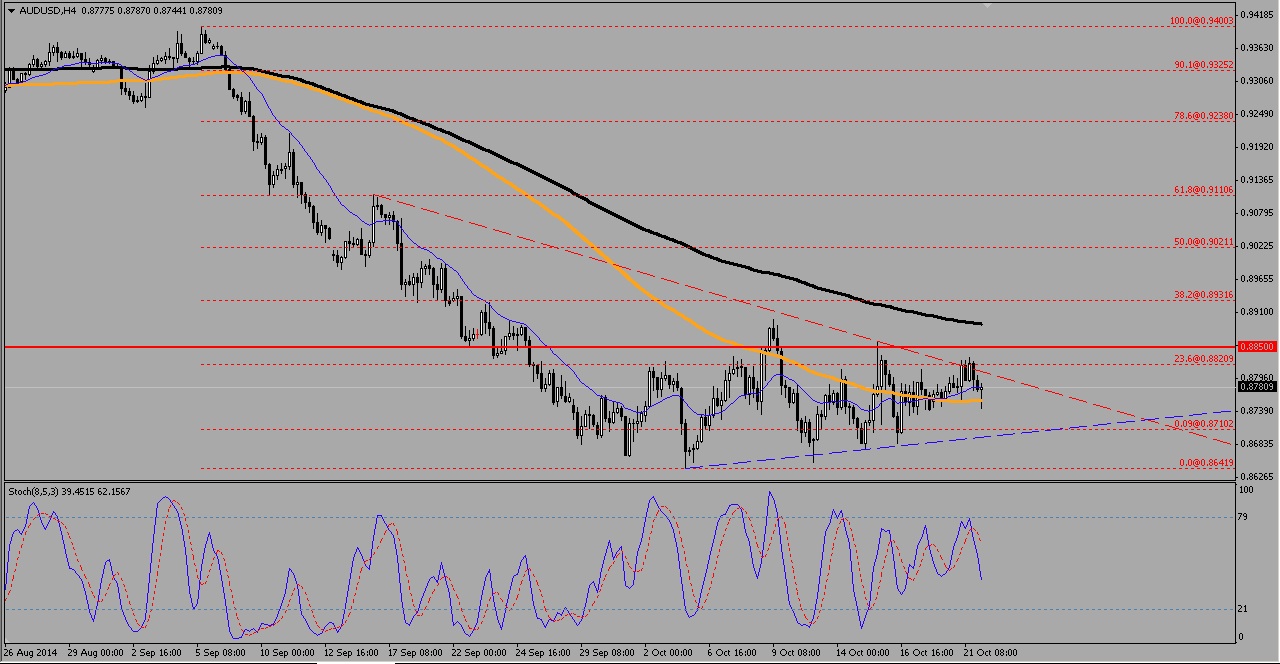 Moving averages supported the sideways movements yesterday as AUD/USD looks to climb above 0.8800 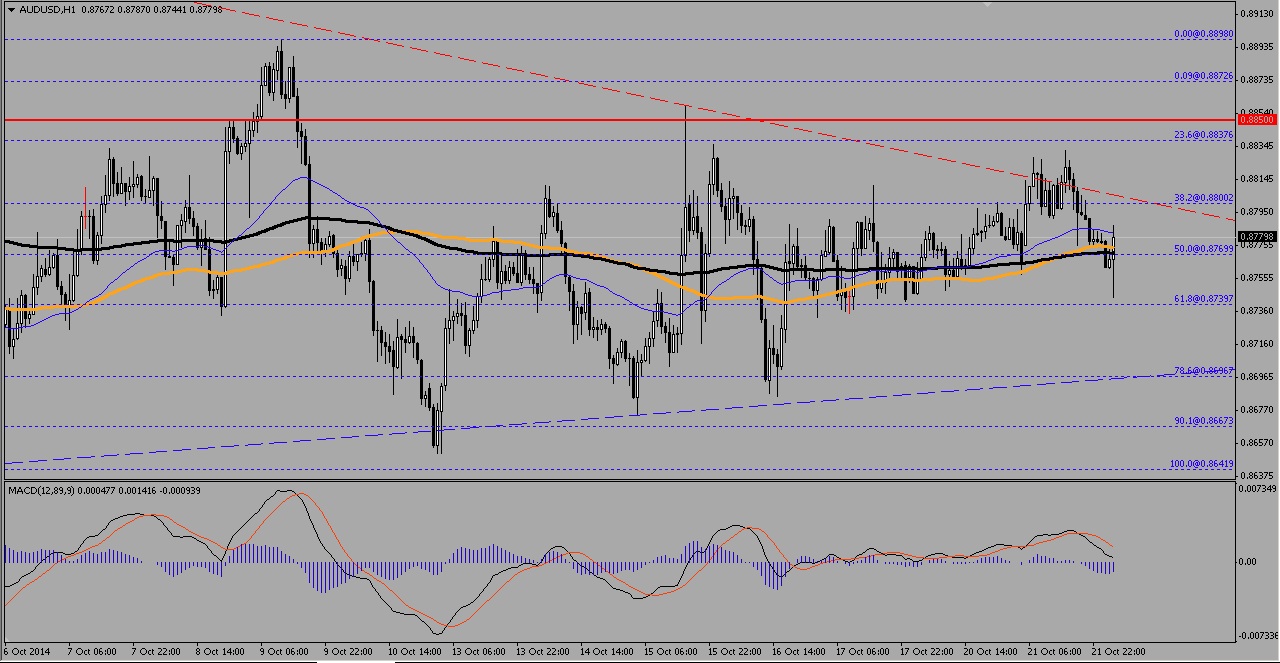 A long shadow dipped into 0.874 and rebounded shows likely support in favour of a bullish day as AUD/USD trades near the down trendline.

Data out of China yesterday showed economic growth beating analysts’ estimates last quarter as export demand quickened and services expanded, bolstering the government’s case for avoiding broader stimulus measures. Stocks slipped in China on speculation that the better-than-estimated growth will curb prospects for large-scale stimulus as GDP grew by 7.3 percent in the July-September period from a year earlier . Australian dollar and the Yuan climbed in the early Asian session yesterday.

Consumer Price Index data today released on a quarterly change saw at 0.5% increase, just above the estimated 0.4%. The trimmed mean CPI was 0.2% lower than the 0.6% forecasted.

The pair is now trading alongside the trendline as seen on the daily chart as the recent higher price lows have pushed the pair towards the 0.8800 resistance. The intraday movement seems to be in favour for a drop as the moving averages look to have slightly dipped but advice to remain cautious as that might have been caused by the data release which saw the price on the hourly chart attain 0.874 but Traditional MACD has yet to shown bearish entry signals.