Last forecast on Gold expected bearish continuation if price breaks below 1224.2 but price rallied further. Has the bearish correction completed?. What is our next forecast and the levels to watch out for based on 22 March Gold daily Elliott wave analysis.

22 March, AtoZForex - The bullish move that dominated last week and continued to endure this week. After breaking above 1233.9 and 1238, there is more to take upside. Our long term bias is bullish after price completed a bearish cycle in December 2016. In the last update, we forecast a probable completion of a zigzag pattern which, if valid, could lead to bearish correction resumption. The chart below was used. 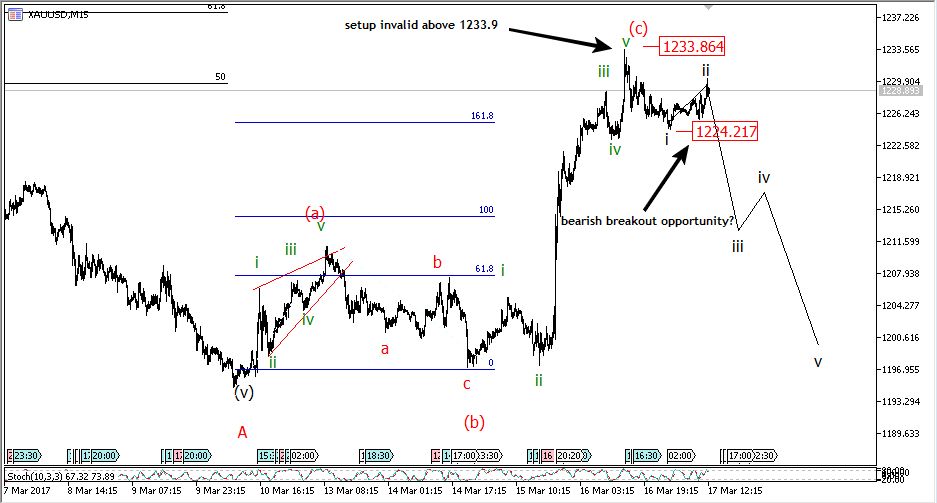 We assume wave B is complete and bearish move for wave C has already started with what could be the sub-waves of wave C. This will be confirmed by a bearish breakout below 1224.21 and held below 1233.9. A break above 1233.9 will invalidate this setup and force us to look up to 1238 for reversals.

Price didn't move as preferred. It broke above 1239 and 1238 with a strong momentum. This stronger rally than expected requires that we go for our alternative view which supports the bullish resurgence. The chart below shows the daily Elliott wave analysis of Gold. 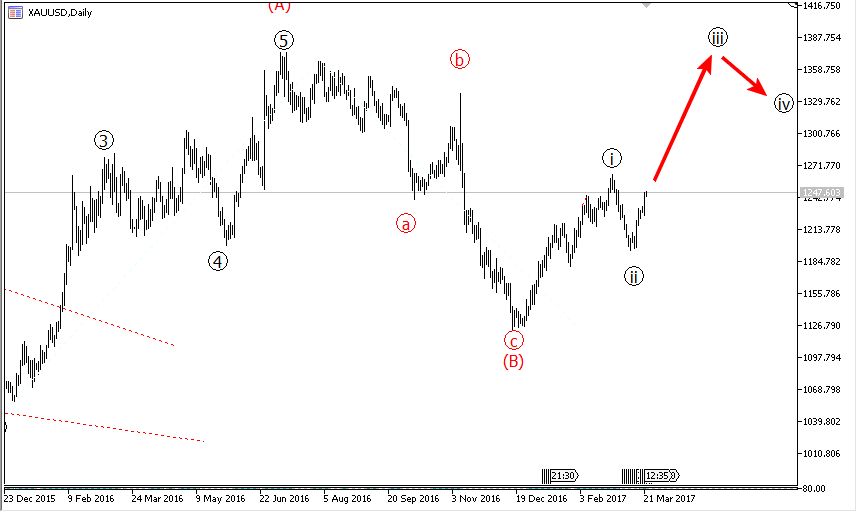 The long term bearish correction ended late December last year. A strong impulse wave rally was set in motion and we had expected the correction of this impulse wave to be deep toward 50-61.8% retracement. The corrective wave ii (circled) didn't go as deep as expected. The rally that followed also looks very much impulsive thereby putting our intermediate and long term term bias bullish. The chart below shows the sub-wave of the recent rally. 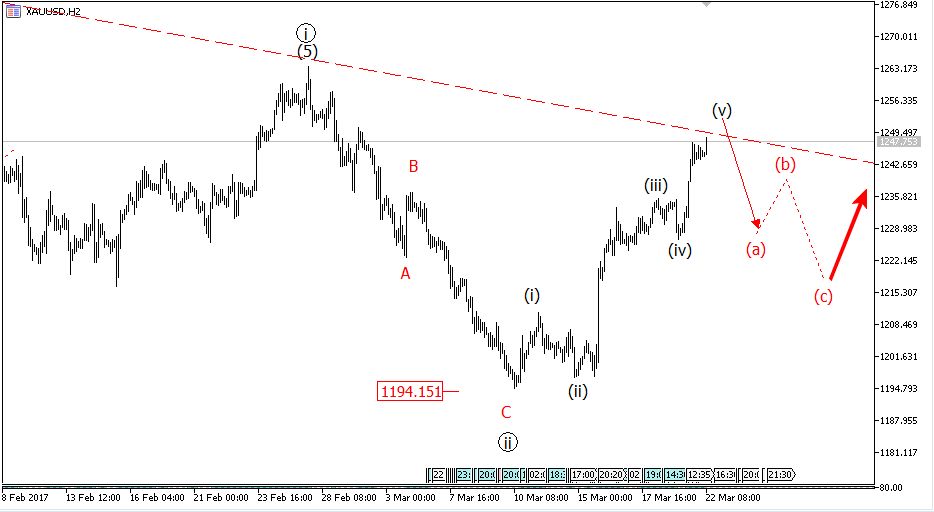 The short term rally from 1194.15 is impulsive. This impulse wave may not have ended and could be fake sell signals for intraday sellers. The best bet for traders not already buying is probably to wait for correction toward 1215 and look for a bullish opportunity. Stay tune for more updates later on this.