Since early November, USDJPY has dropped about 4% after the completion of a diagonal pattern. The fall is completing a corrective pattern, will price rally soon? The 22 January USDJPY Elliott wave analysis shows a good trade setup and the price levels to watch out for.

22 January, AtoZForex – Elliott wave theory is not only one of the most wildly use technical market forecast methodologies, it also provides sound trade setups with huge R/R. On 6 November, we discovered that USDJPY was on a long term corrective wave upside. The C-leg of this correction was expected to be a motive wave – most likely an impulse wave. The impulse wave rally completed its first sub-wave – a diagonal pattern. At the end of the diagonal pattern, it was clear that price should head down for a corrective wave 2 of C of a larger bullish zigzag. This provided us with two information. The longer term direction is bullish while the shorter is bearish. The chart below was used in the November 6 update. 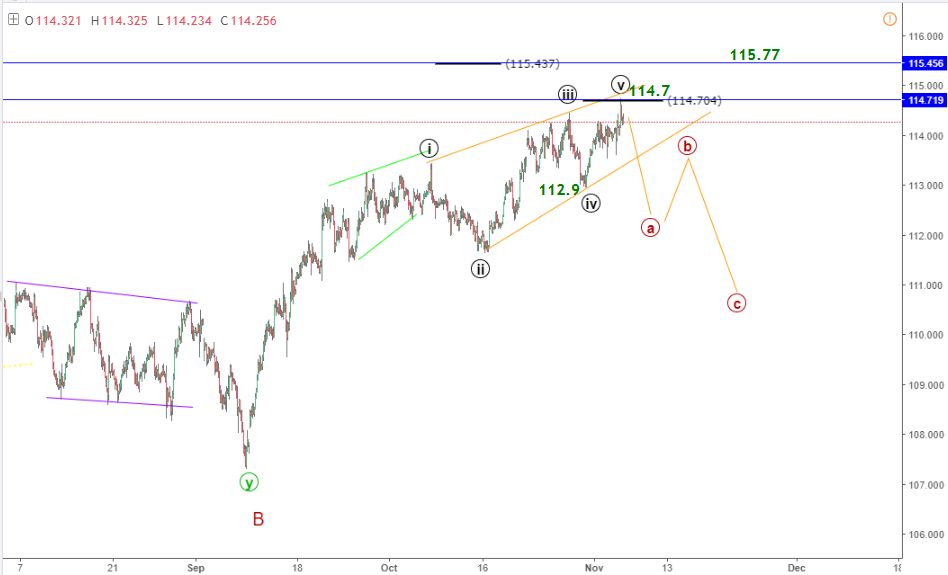 The chart above shows the possibility of the 1st wave to have completed with a diagonal pattern. The diagonal pattern is still valid at any price below 115.77. Preferably, we will expect price to stay below 115 and break downside. If this happens, a 3-wave correction will be expected to 110 before looking for more bullish clues.

Price dipped just as expected to 110.20 – about 450 Pips move. So the first objective has been achieved – wave 1-2 move. The next is to check the end of wave 2 for an even more profitable bullish run – wave 3. The chart below shows what we have now. 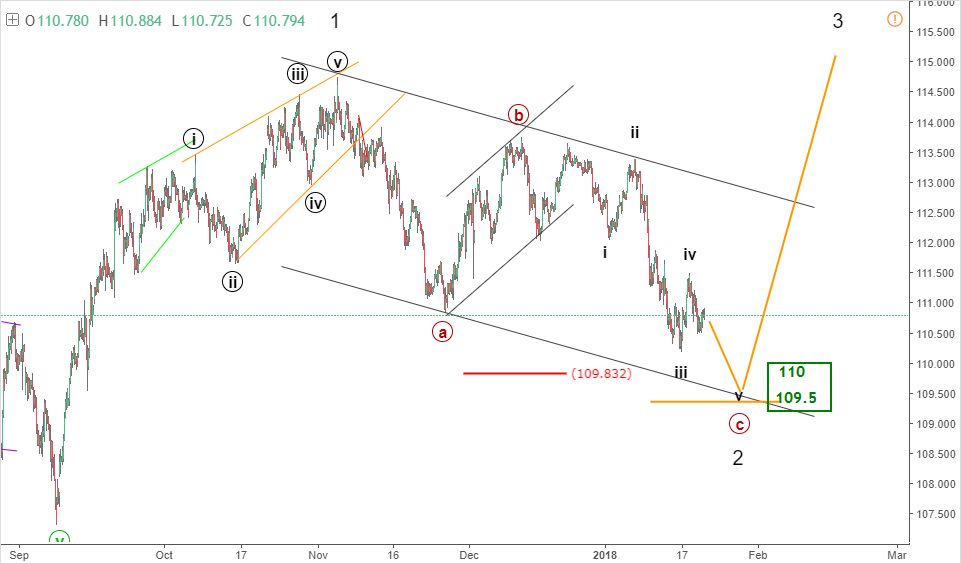 The second wave, a zigzag pattern, is at the nick of completion. And maybe it’s time to start looking for bullish clues because, according to this forecast, a new impulsive wave 3 could emerge above 115 as the long term bullish correction resumes. The reversal zone is 110-109.5. The setup will be invalid if price breaks below 109.5. Though the setup will be invalid but the wave count will still be valid. Stay tuned for the next update to know how this plays out.