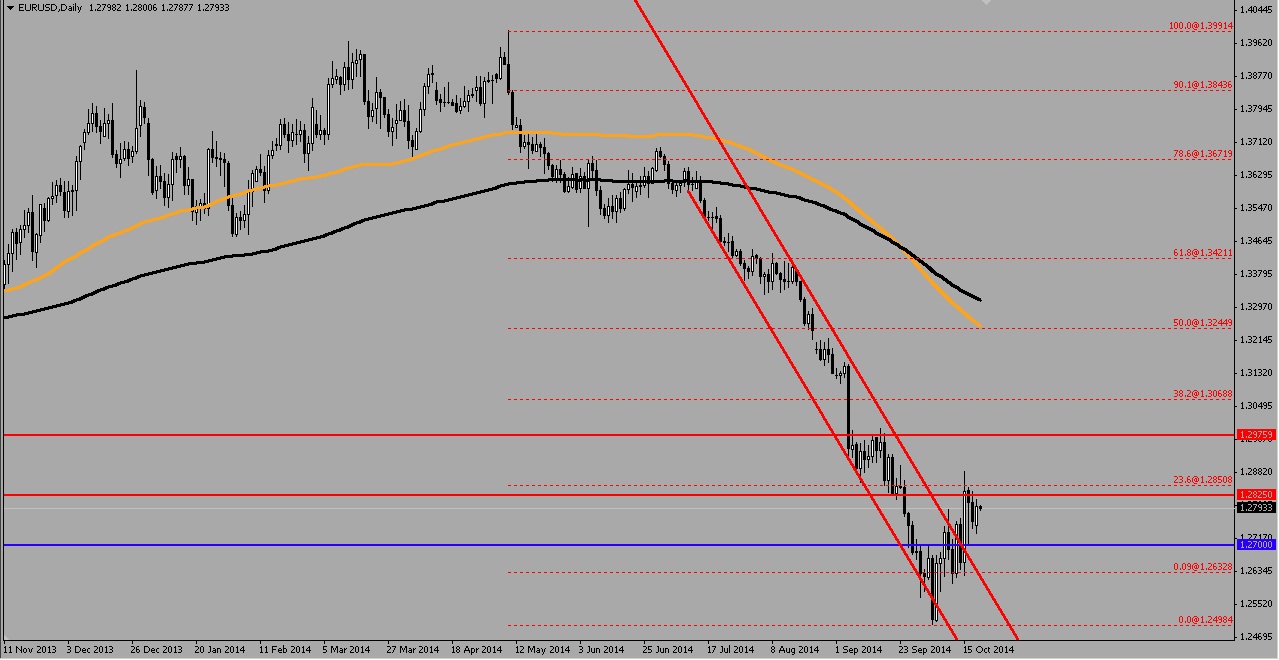 EUR/USD covered yesterday’s trading gap and appeared to push towards past 1.2800 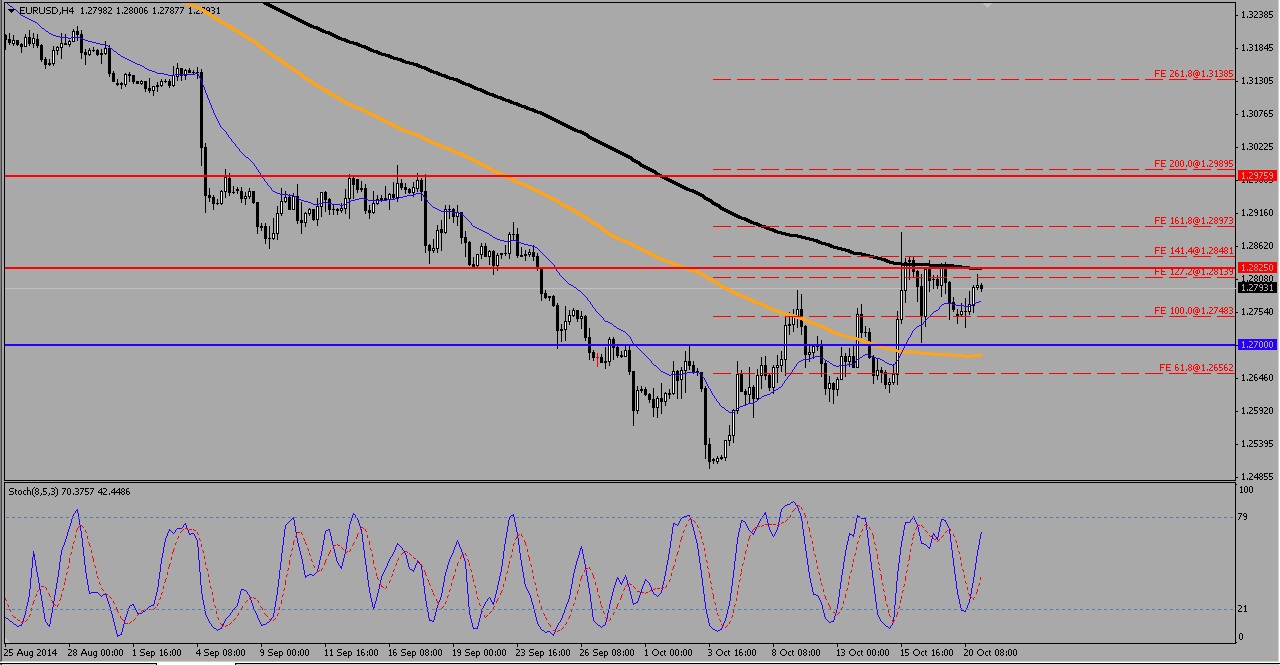 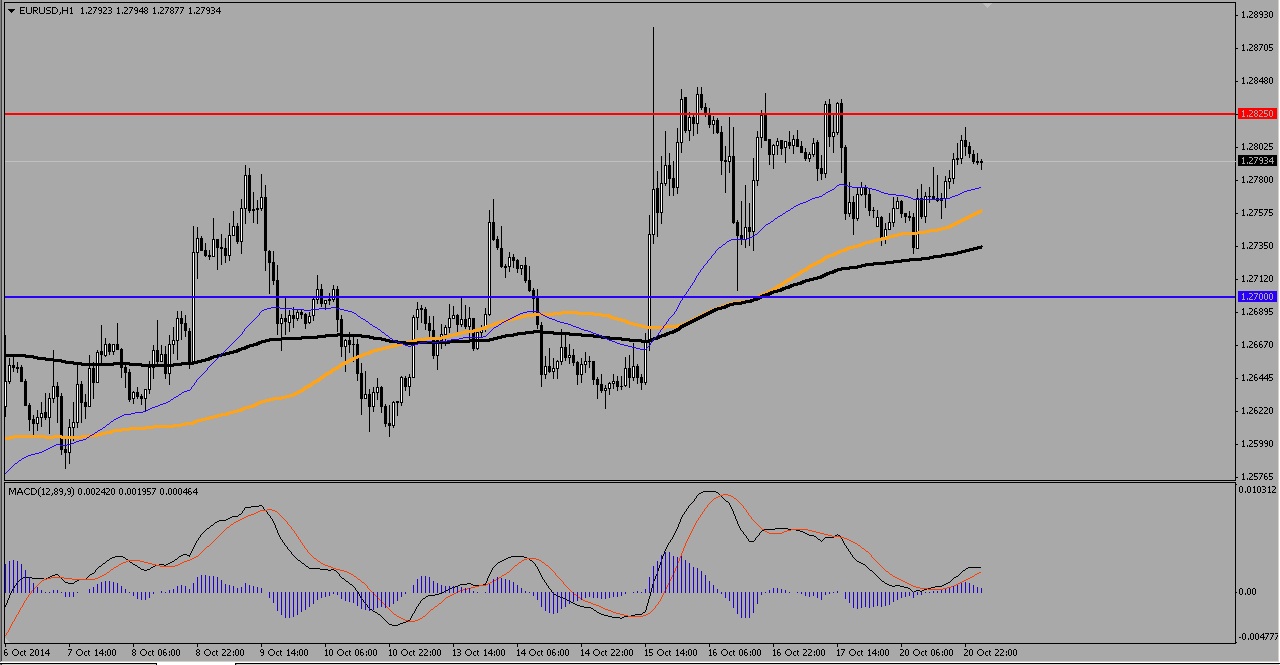 The long shadow last week towards 1.289 marks territory the market is uncertain about, and should 1.285 resistance hold today, an intraday short entry can be considered, with reference to downward sloping moving averages (not valid at time of writing)

German PPI had no change from September, which was in line with market consensus  that the risk of deflation in the Eurozone continues. Even the powerhouse of Germany seems to be entrenched in the negative sentiment toward the Eurozone’s economy. EUR/USD resisted at 1.279 shortly thereafter. The PMI data to be released on Thursday should give us more insight on the recent economic activity. Other data showed that the Eurozone’s current account surplus fell in September from an upwardly revised surplus in August. Despite the weakening fundamentals, EUR/USD remained resilient during the European morning session around 1.273-1.275.

The rebound early in the U.S session may be due to the start of purchases by the ECB of short-term French notes and Spanish securities. The ECB tries to bump up its balance sheet by 1 trillion Euros as policy makers are under pressure to take action as euro-area inflation slowed to 0.3 percent in September. The International Monetary Fund said earlier this month on October 7th that the region has an approximately 40 percent chance of entering its third recession since 2008. Growth will fall short of the 1.5 percent pace predicted in July.