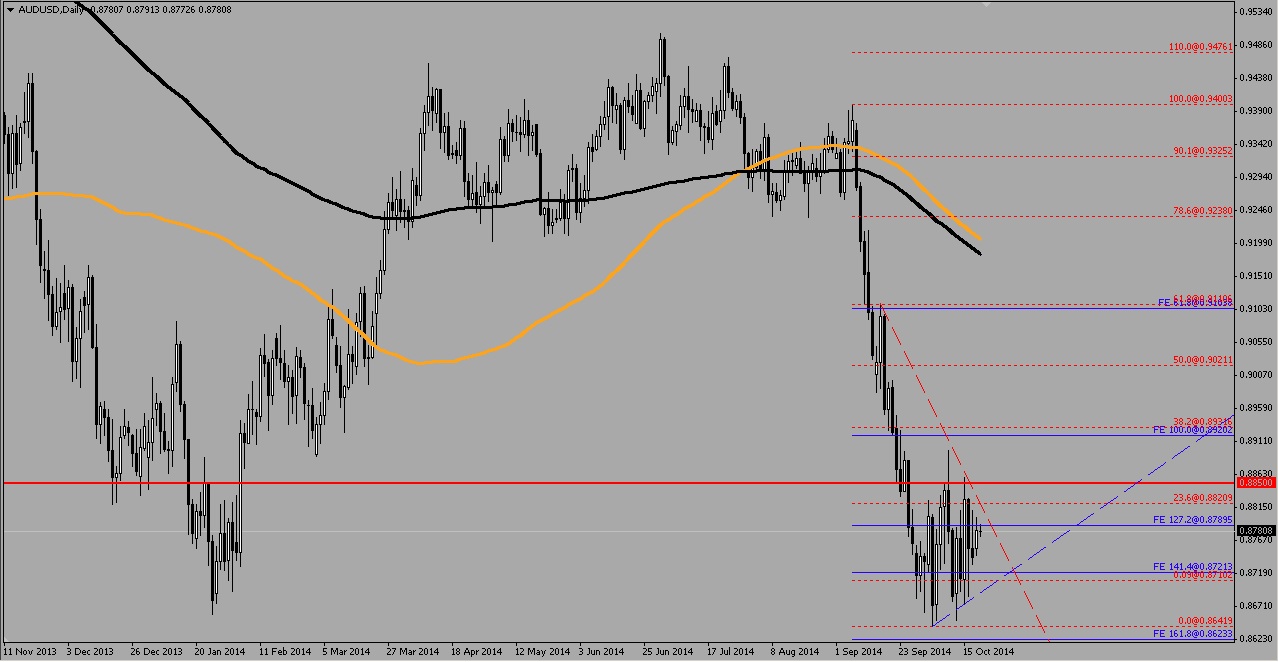 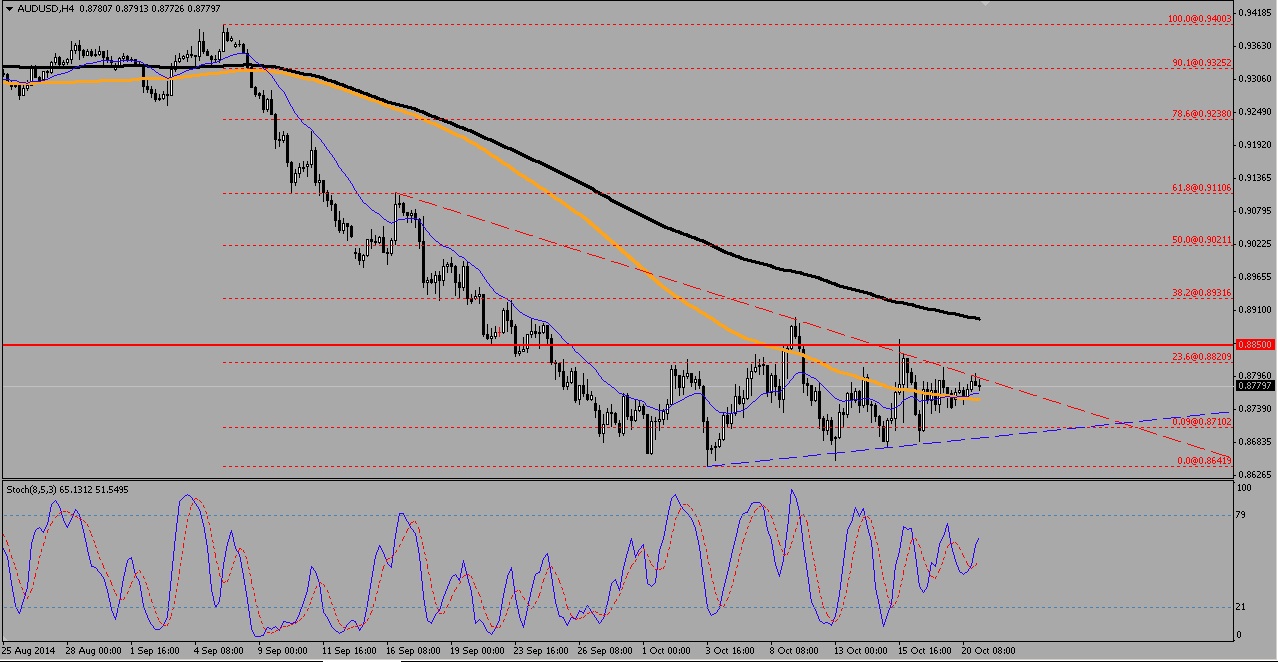 Symmetrical triangle at the lower tiers of 0.865 saw the Australian dollar consolidating for a breakout 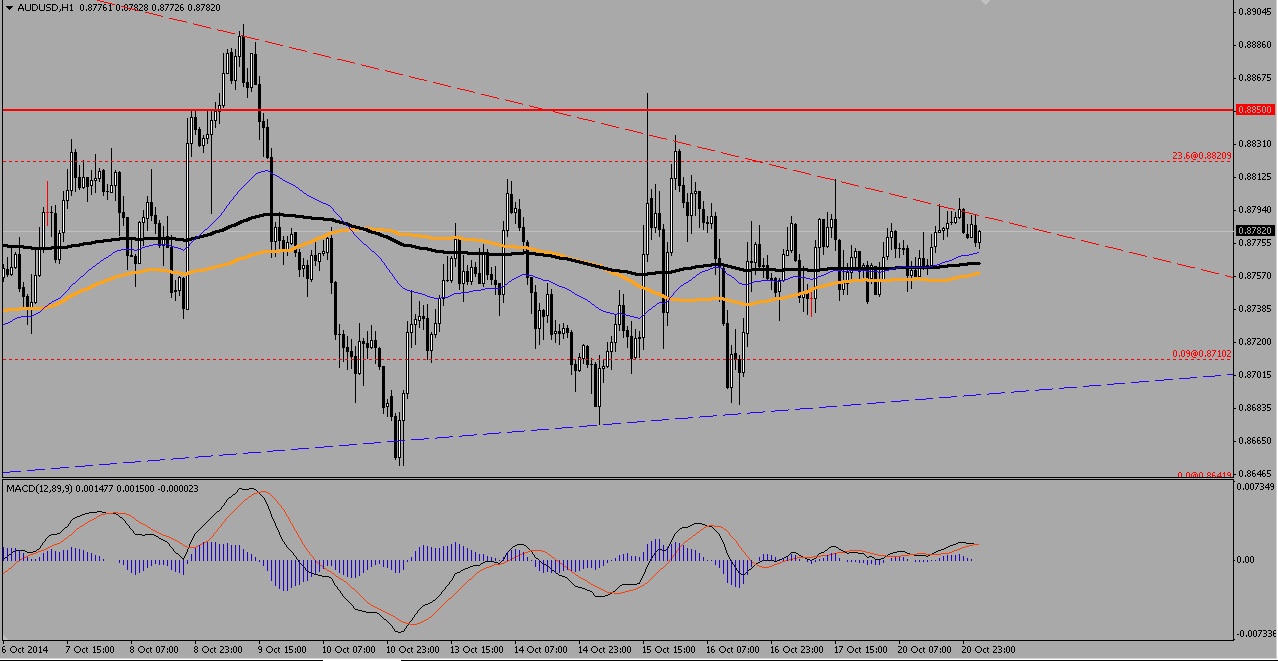 A rejection from the market at 0.8800 yesterday, while a higher low at 0.876 seems to be key to the direction of this pair today

The dollar fell versus higher-yielding currencies as traders speculated on the Federal Reserve’s decision on interest-rate increases amid slowing global growth. Both Australian and New Zealand dollar gained against the greenback after Dallas Fed President Richard Fisher maintains his hawkish stance on rates while Boston Fed’s Eric Rosengren stands firm on the timeline of the QE’s end and his own forecast of the 3% growth by the end of 2014.