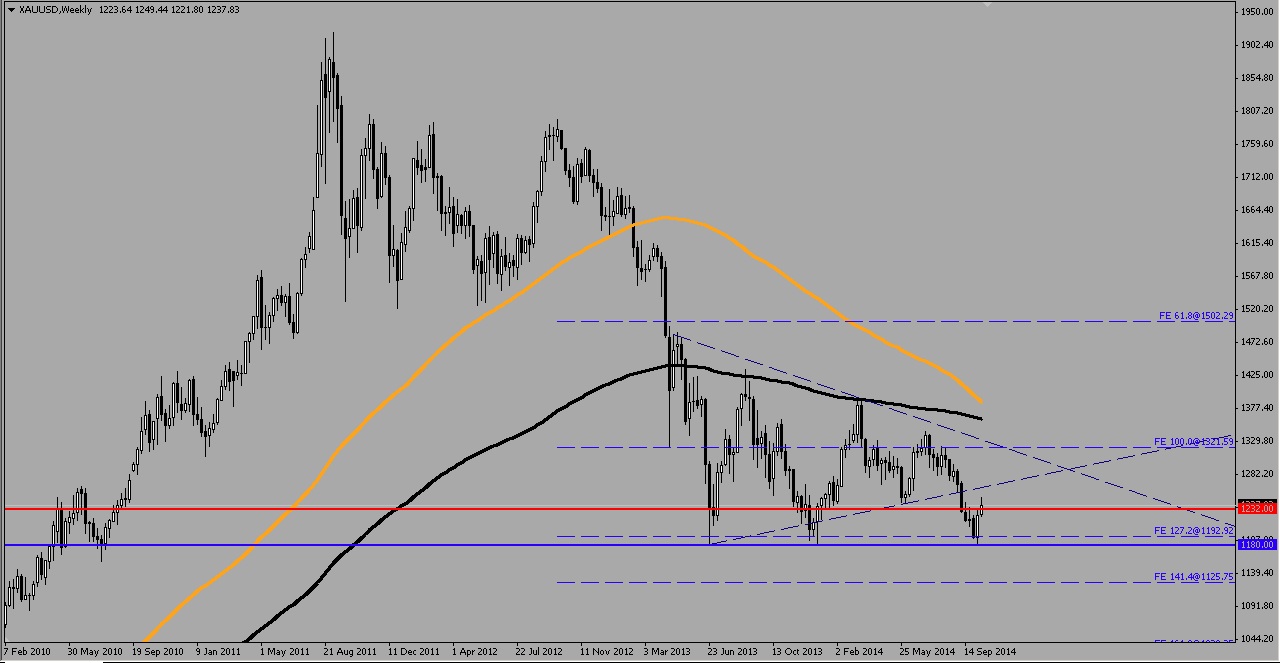 Gold has rebounded off the 127.2% of the Fibonacci downtrend extension level, with lowest price attained just above 1180 2 weeks ago. Gold retained bullishness above previous resistance of 1232 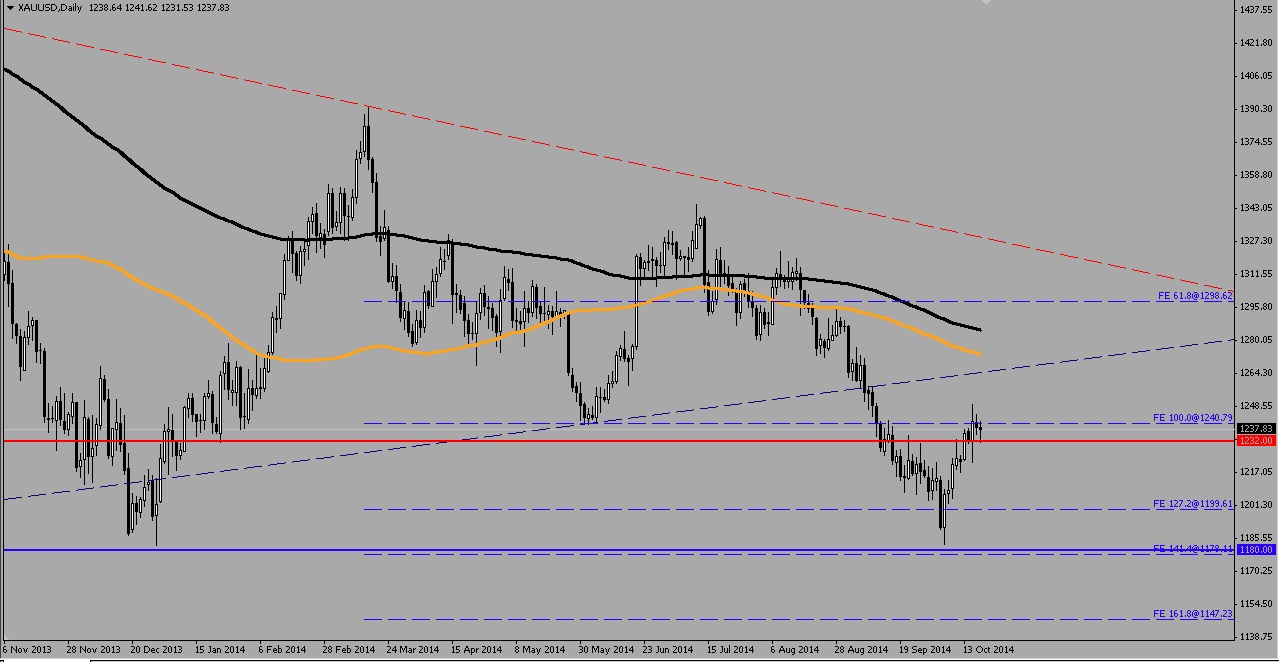 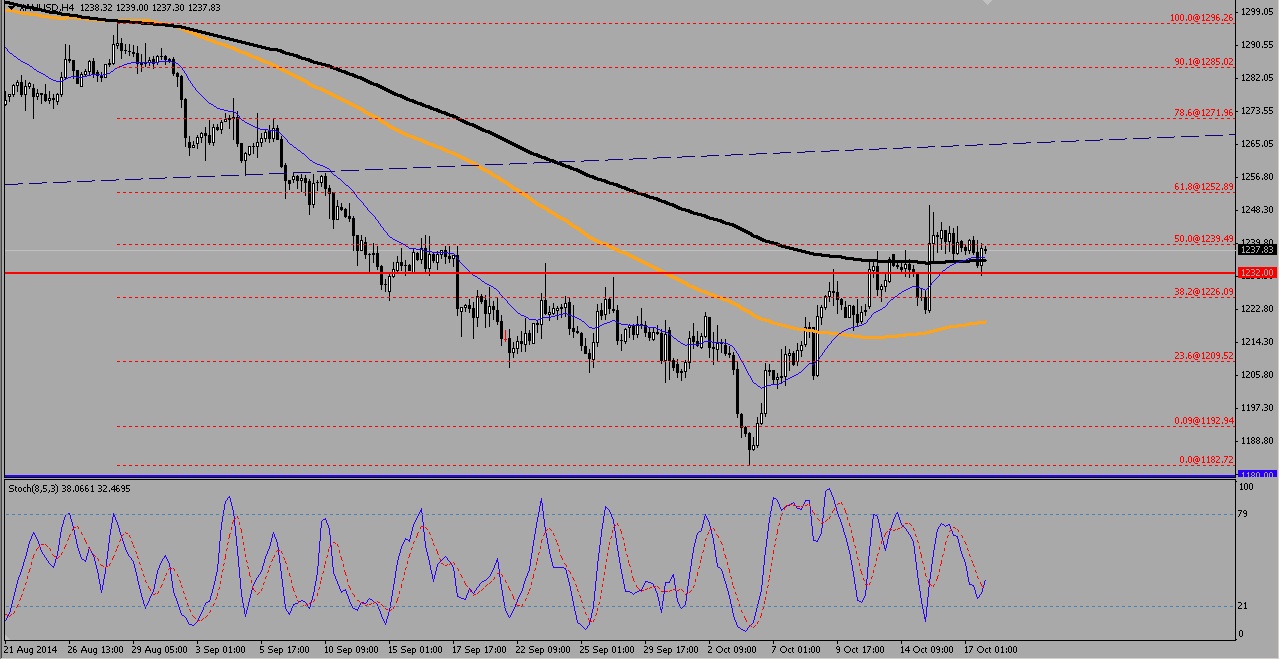 U.S stocks rallied by the end of the trading week as declines were partially erased. The Treasury International Capital reported a 52.1billion jump in net long-term securities transactions, more than double the estimated figures, making the highest increase since April’s data release. U.S consumer confidence attained a 7-year high as investors engaged rapidly on “buy on the dip mentalities”.

Economists responded with a speculative call that the Fed will likely “increase or maintain economic stimulus” over the uncertainty of the global economic climate despite the favourable recovery indicators domestically in the U.S.

Gold is likely to return to bearish waves as the price range of 1240-1232 remain accommodative to a volatile yet non-directional market. With no key data at the start of the trading week in Monday and Tuesday except for FOMC Member Jerome Powell’s speech at the St Louis Federal Reserve, any bullish movement above 1240 could set off more panic for the U.S dollar bulls,