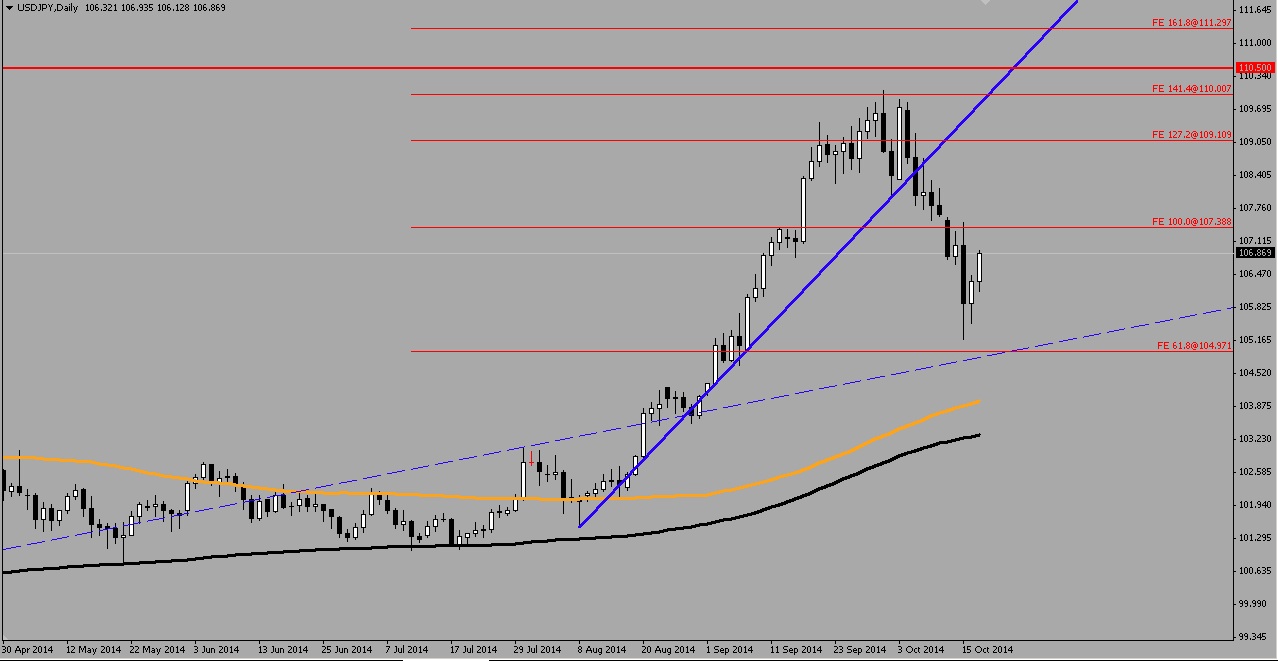 Buying on the dip seems to be flavour of the week as Thursday and Friday sentiment saw rebound of the U.S dollar as bears are hesitant over the decision to scale down or retain QE 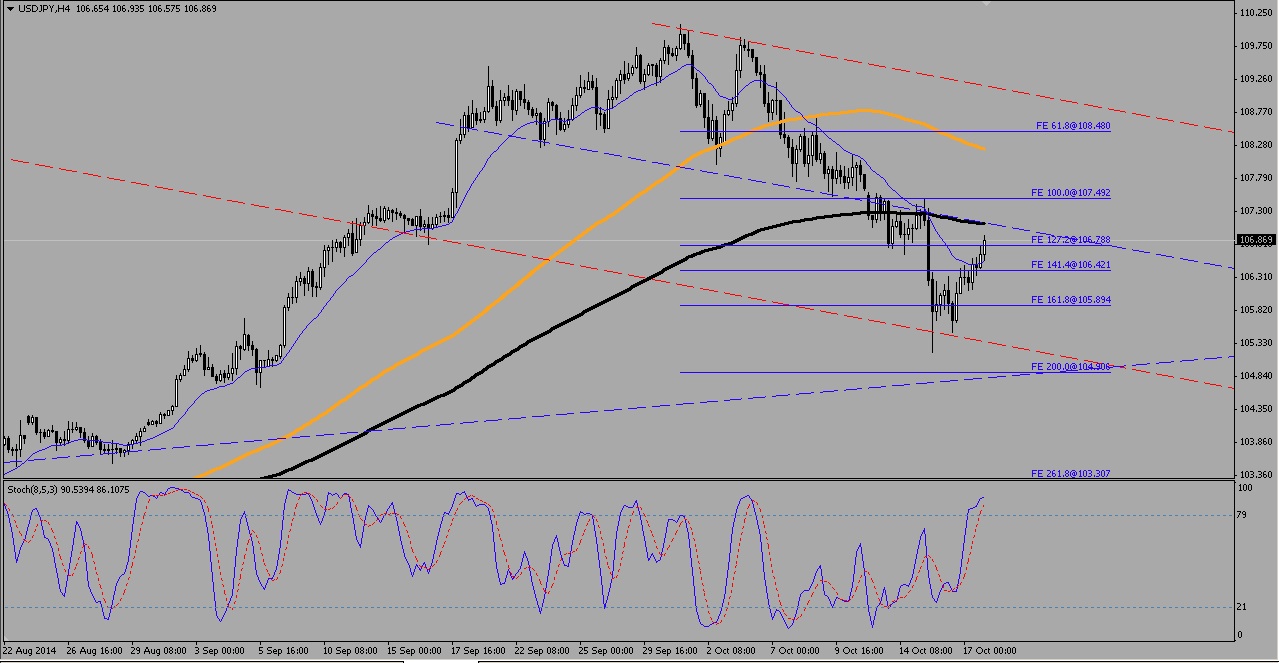 Downtrend lines emerge as the pair rebounds past support of 14 Oct at 106.78

The last two weeks of bearish action has seen USD/JPY retrace from the previous high of 110 to 105 which was last attained in January and again in September as a resistance. The end of the week saw Consumer Sentiment climb to the highest in 7 years and Treasury demand from foreign purchasers rising double of estimates saw a rebound in U.S dollar optimism.

Plus500
Open live account Review
Tags Abenomics Bank of Japan BoJ Dollar Haruhiko Kuroda Japanese Yen Kuroda Shinzo Abe USD USDJPY analysis USDJPY forecast USDJPY outlook USDJPY technical analysis Yen
Disclaimer: The views and opinions expressed in this article are solely those of the author and do not reflect the official policy or position of AtoZ Markets.com, nor should they be attributed to AtoZMarkets.