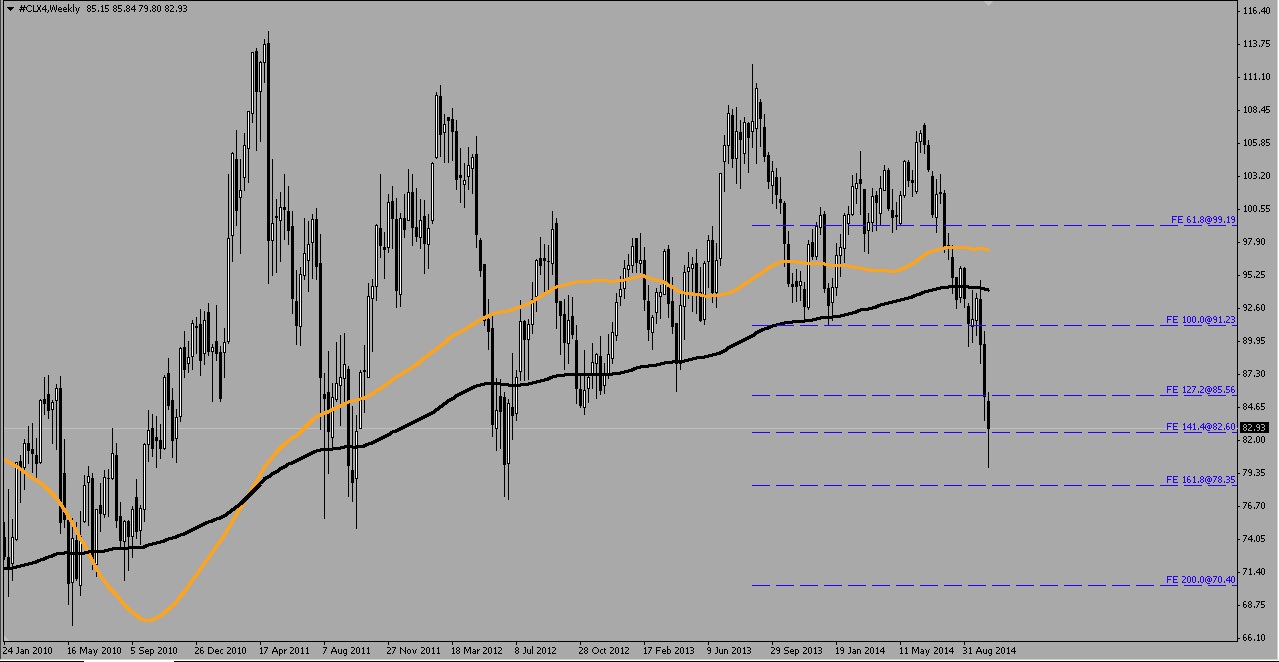 Light Crude Oil futures ended the trading week priced above 82.60 on the weekly charts as the 141.4% of the Fibonacci extension remains the support to beat. 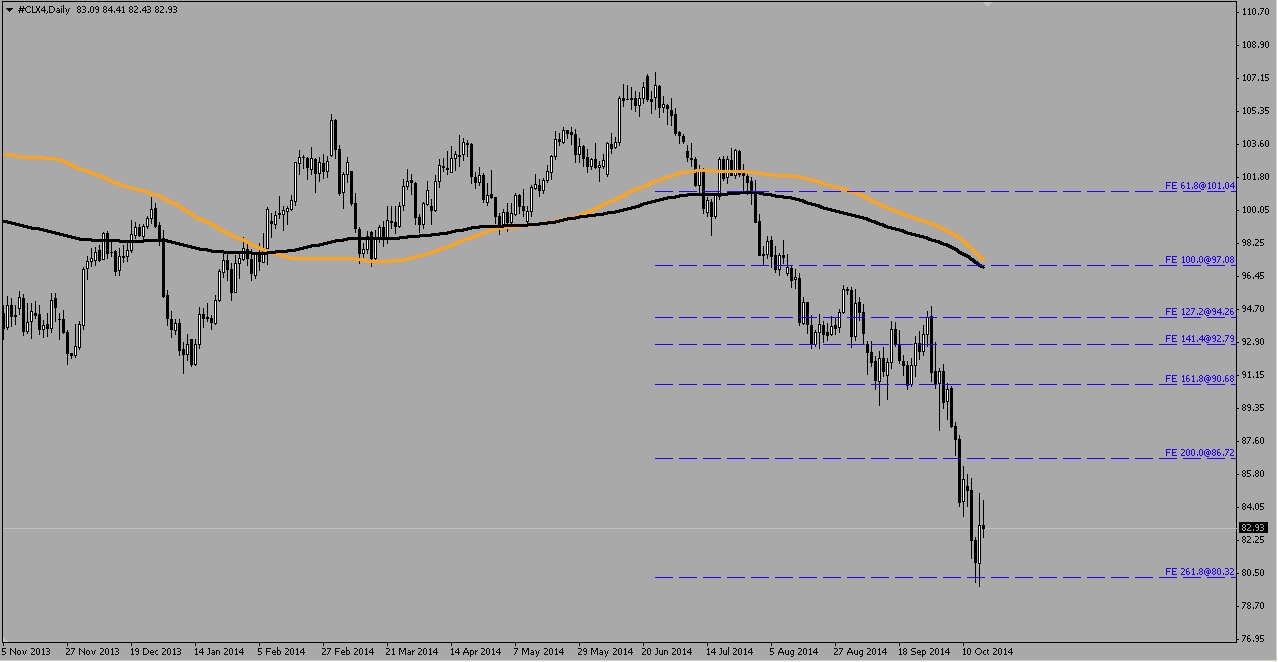 Further bearish action to be seen once the next level of the daily charts downtrend extension is tested and broken at 80.32 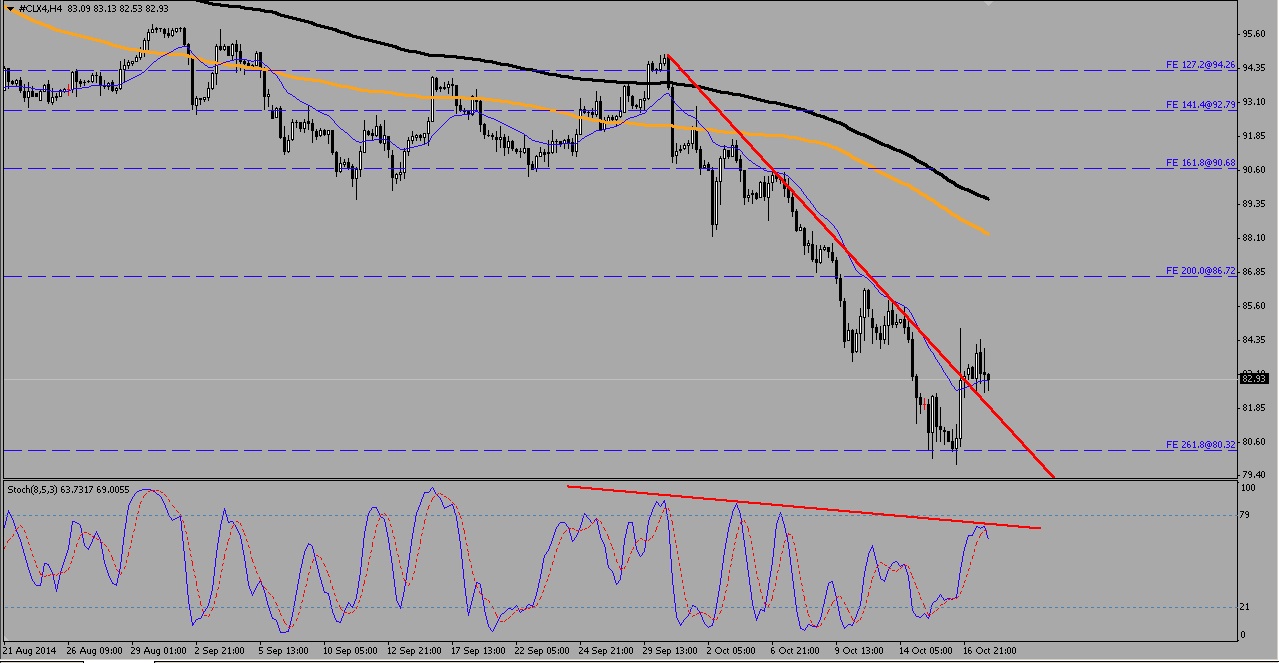 Oil has been more than just a commodity, a fuel or a political weapon. It is a leading indicator in terms of global economic health and since end June 2014, oil and its derivatives like petroleum have started to decline in prices as more emphasis was placed on energy efficient and electric cars. What preceded the drop was when production increased, higher-end techniques to get more oil at a faster pace paid off. Now it seems that drillers and refineries are working their way to an imbalanced death as the demand has not caught up with the surplus of inventories, making big players like Saudi Arabia and lately, Kuwait, playing the price war to attract and retain the Asian clientele, with the U.S and Russia bearing the brunt of potentially bigger losses.

Light Crude Oil futures touched the lowest since the final week of June 2012 at $79.75, and a sub $80 price is not incomprehensible as global growth is expected to contract. China is looking to inject 200 billion Yuan into national and regional lenders to boost stimulus to support economic growth. Even even the world’s second largest economy is demanding stimulus as manufacturing production falls below estimates, we should brace ourselves for what is to come