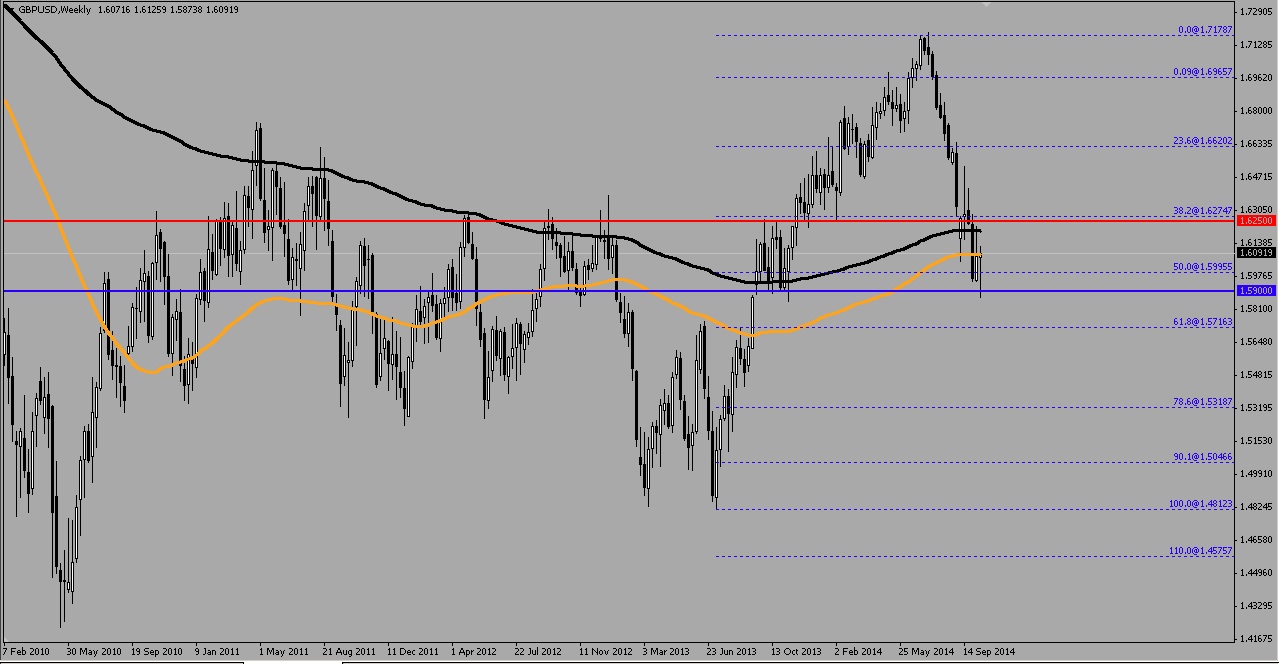 Cable ended the week almost as it started after rebounding from the lowest attained price around 1.59 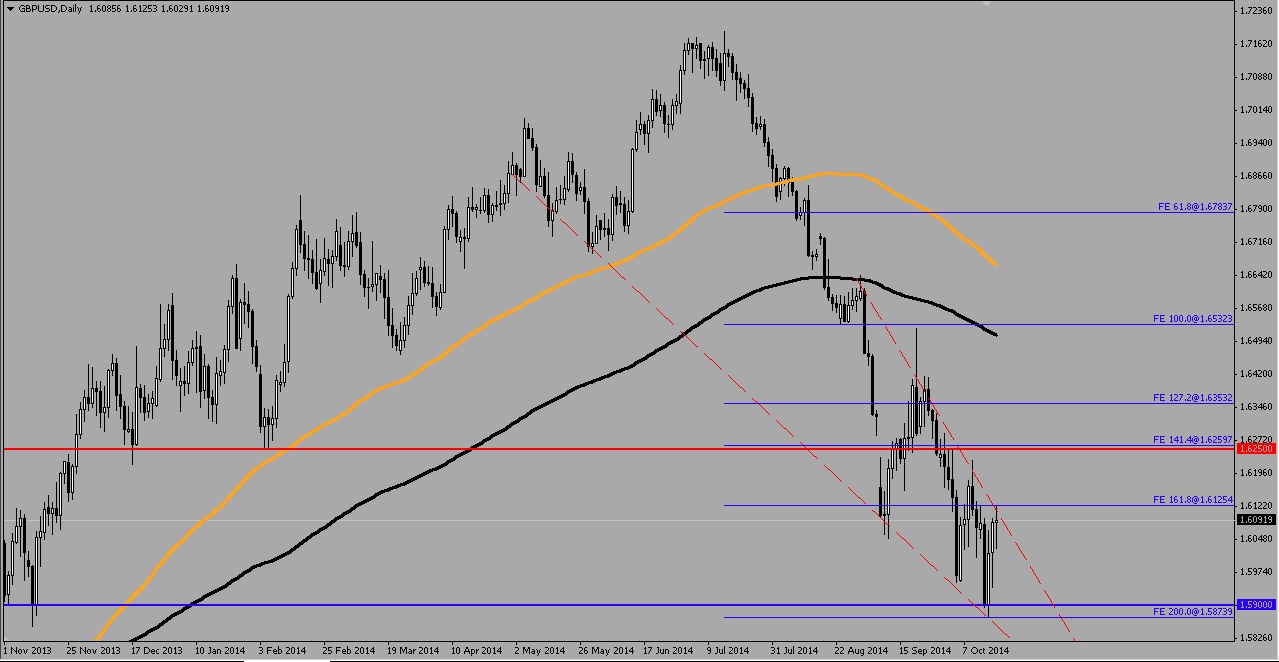 Staying below 1.6125 where exhaustion also took place on 9th of Sept we can expect bearish movements to retest 1.6000 again, staying within the downtrend lines in red. 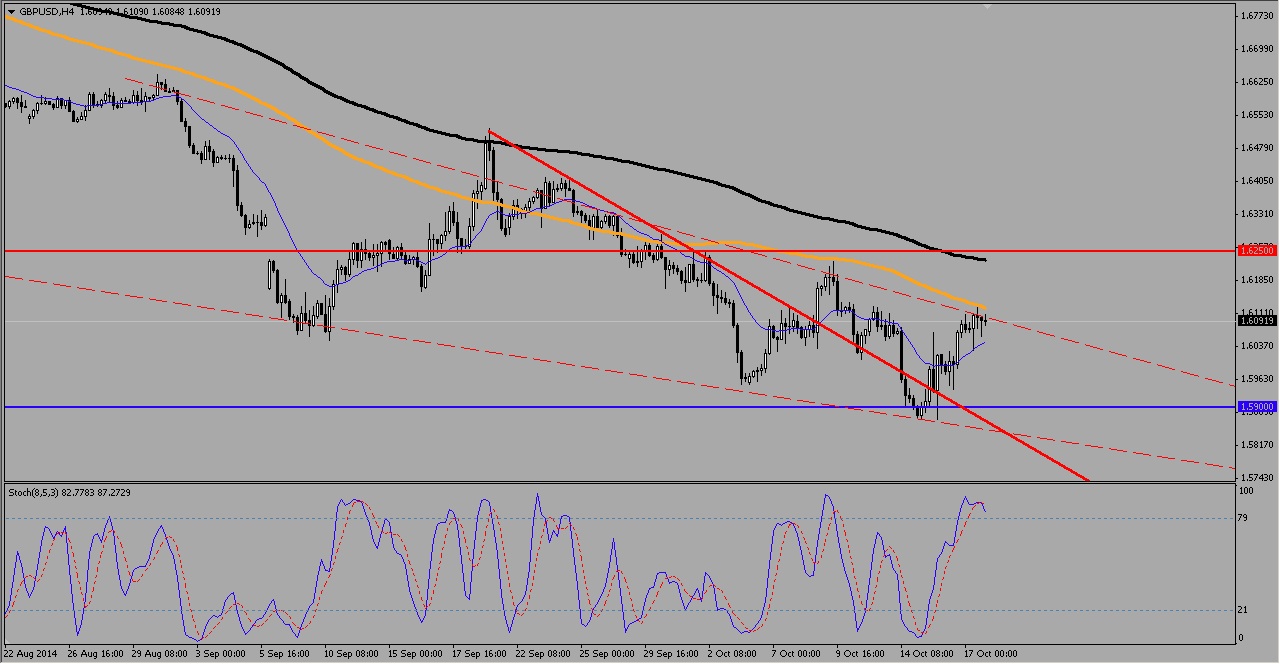 Continuing its rebound from the 20 moving average in blue, we may see the candlestick trade towards 1.625 before the next major resistance

Investors sought the safest fixed-income assets amidst faltering global economic growth, resulting in U.K. government bonds advancing for a fourth week. The 10-year yield fell to the lowest level in more than a year.

U.K Gilt yields plunged as investors pushed back bets on the date of the first Bank of England interest-rate increase since 2007 after a report showed inflation slowed to the least in five years in September. Recent economic data have made the Bank of England “gloomier” and stays on the sidelines as rates are held at a record low for longer. Sentiments for the expected rate hike has been delayed until late 2015. Pound Sterling weakened versus the Euro as well as erasing losses against the Dollar at the end of the week.