Despite governments attacking cryptocurrencies, Bitcoin is still on demand with over $10k value. Meanwhile, most investors are still searching for XRPUSD forecast, will it again touch $3 value? 2018 Ripple Price Prediction have the answers.

23 January, AtoZForex – With no doubt, we will remember 2017 as cryptocurrency rally year, with Bitcoin and Ethereum leading the pack. However, many other altcoins demonstrated strong performance too. Naga group performed the first ever IPOd ICO, Genesis Vision held an ICO which had 40x return, Nous Platform holding ICO that will change the way you invest your money with fund managers. Yes, Ripple jumped from $0.17 to $3.00 within days to lose 60% value afterwards. So, what is our 2018 Ripple price prediction?

While the market is over-saturated with the Bitcoin and Ethereum price analyses, many call Ripple as the next holly grail. As a part of this Ripple analysis, we will be talking about 2018 Ripple Price Prediction. But, don't get the hype wrong, indeed ripple is NOT a DECENTRALIZED token, Ripple founders still hold massive sums of Ripple, XRP. That is for us the biggest reason to consider avoiding investing in ripple. 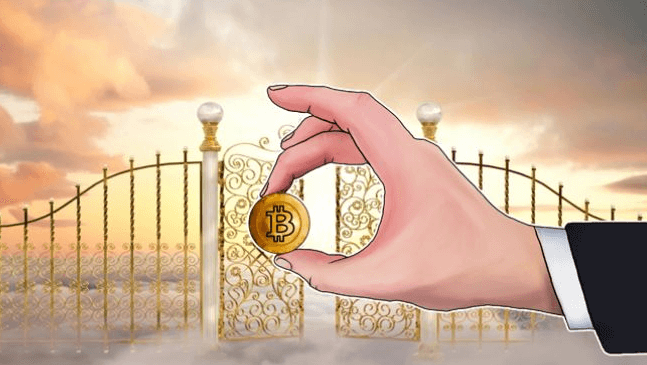 The top 10 cryptocurrencies for 2018 will be the ones that have already performed well during 2017. Bitcoin, the first ever cryptocurrency, is likely to surge upwards once again and test $25k - $100k. Talking about Ripple, the enterprise on the game, it is necessary to note that its market development cannot be copied by other altcoins. Thus, there is a big chance that Ripple could be appreciating in value during the years to come, including 2018.

The cryptomania has reached impressive highs thanks to the safe haven demand - now investors turn to the digital currencies in times of uncertainty.

Although Ripple does not fit to cryptocurrency definition like Ethereum or Bitcoin, it is a unique one nonetheless. For example, if you send money abroad, you use a SWIFT service. SWIFT is an entity with a monopoly on cross-border transaction. However, Ripple has the potential to eliminate that! Thus, you can say that Ripple is Swift competitor.

According to the Ripple CTO, Stefan Thomas:

“Ripple provides one frictionless experience to send money globally using the power of blockchain. With RippleNet, financial institutions can process their customers’ payments anywhere in the world, instantly, reliably and cost effectively using just one API.

Ripple is the only blockchain network with real customer. We’ve signed deals with over 90 customers globally and over 75 customers are in various stages of deploying Ripple for commercial use”.

According to Mr. Tomas, money should be fast processed and transacted as fast as data is going around the world. This is exactly what is Ripple capable of. Mr. Thomas further adds:

“Because XRP has a clear use case. It is one of the largest digital assets by market capitalization. It is designed for use by financial institutions as an on-demand liquidity solution for cross-border payments.

For example, payments into emerging markets can require multiple currency traders — added costs — or pre-funded local currency accounts — which often results in the trapped capital. Instead, payment providers and banks can use XRP to fund these payments on demand, without intermediaries, at up to 60% less cost to settle.”

We have already seen, XRPUSD testing $3.35 the first week of January 2018. Now the question is, what is 2018 Ripple Price Forecast? While, some analysts wildly speculate on the price to jump to $50, it just is not quite realistic. Given, Ripple's supply, that would bring astronomical valuation / market cap for Ripple. However, a target towards $5 should be feasible.

I've talked to Yagub Rahimov, an award winning professional trader and a blockchain visionary. The following is Yagub Rahimov's XRPUSD Forecast for 2018:

"To me Ripple does not fit to Cryptocurrency definition, nor it is a blockchain project like Ethereum. Therefor, I am not investing in Ripple.

However, that does not mean the project does not have the potential! When we look into Ripple Price movement (Price action) from $0.185 up to $2.48, we may see a price action message within. As a result, I am expecting buy opportunities for Ripple between $0.76 - 1.24 with targets towards $3.89 . However, my main target remains at $4.77.

I am expecting a major shake in the market in May and June as well. However, that shake will bring more stability and trust to the market."

So, we can expect XRPUSD price be on the move towards $3.89 and $4.77 in 2018. The only issue we see though, the company is controlling the XRP supply. And they have the option to pump and literally dump whenever they want.

Meanwhile, don't forget to see our " Promising ICOs to invest in January 2018" article.