Over the last 6 months, we saw bitcoin being pretty close to being knocked off the king’s throne, at least by market capitalization. Is third time’s a charm? Gain more insights with the 2018 Ethereum Flippening Forecast.

10 April, AtoZForex – The flippening is the battle of who has the largest market capitalization between Bitcoin and Ethereum. Since bitcoins creation in 2009 up until February 2017, bitcoin has remained unchallenged at the top of the list of cryptocurrencies per market capitalization. However, Ethereum has become the main contender of bitcoin ever since.

This has given rise to people believing that one-day Ethereum may have a larger market capitalization than bitcoin. As such they have coined this event as “the flippening”. 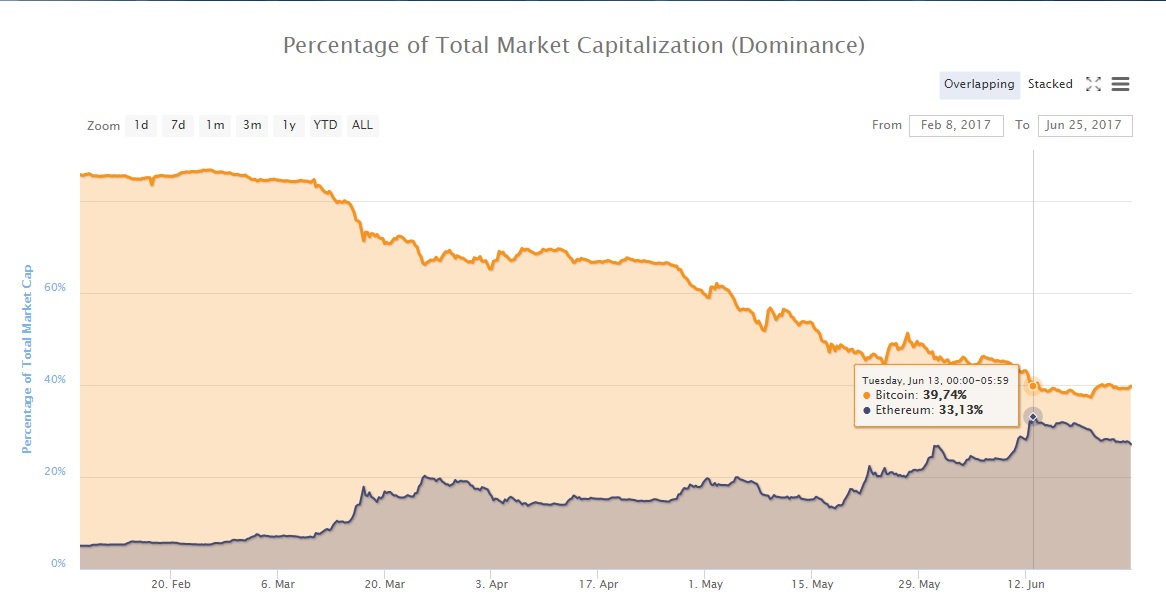 On January the 13th, to many it seemed like the flippening was just around the corner. Bitcoin had reached a low point of 39.74% while Ethereum had a massive market share of 33.13%. However, the flippening until today has not occurred. There was one more occasion where the two giants came close to each other again around February the 2nd of 2018. The current flippening situation:

Are the alternative coins rising too?

As I was observing the dominance charts, another interesting event caught my eye. 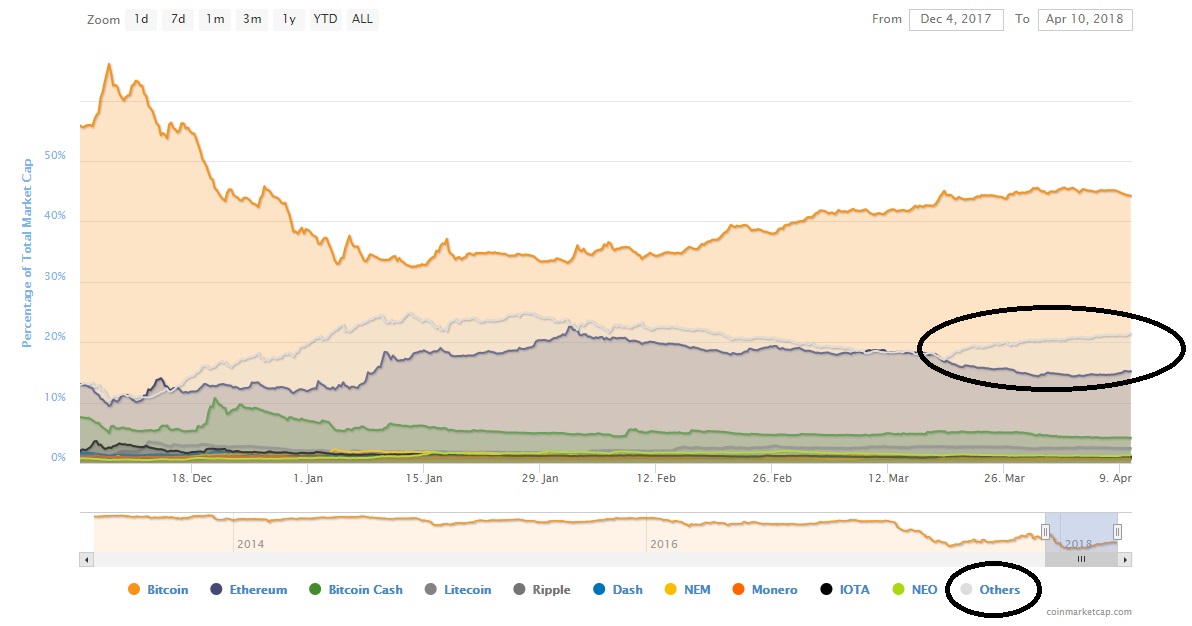 Around March 18th the value of all other altcoins (other than the top 10) started rising. During bear markets usually alternative coins suffer the most. This chart suggests to us that atlernative coins on average have bottomed out and are now starting to rise. Also, let us not forget that many new alterative coins are backed by companies with ideas and products, whereas bitcoin is still only a decentralized protocol. This could be the start to a new alternative coin bull trend.

The value of cryptocurrencies that are backed by companies, products and assets (either premises or actual gold in some cases) is starting to have an effect on the market. If we take a moment and look at all cryptocurrencies as if we just discovered them, it would be more attractive to support coins that have a lot more tangible assets to them. This would instill more confidence in the person supporting the coin. This new trend we can see in the chart above is a sign of coming times.

If we look back year on year, what we observe is that the top 10 coins are never the same, with one exception: Bitcoin. The race is on and is getting more exciting as time goes by. Let us know your opinions in the comments below.