2017 Week 14 AUDUSD Outlook – A brief insight into possible trading opportunities on the AUDUSD ahead of FOMC. What has 2Q in store for traders?

02 April, AtoZForex – After second week of downside for the AUDUSD, with key economic data releases from around the globe expected in the coming week. We share at some possible trading opportunities ahead of speeches by RBA Governor Lowe, RBA Assistant Governor Debelle and FOMC members.

Apart from the data based news, in the coming week we have speeches through the week by FOMC members Dudley, Harker, Tarullo.  From Australia we have RBA Governor Lowe and RBA Assistant Governor Debelle. 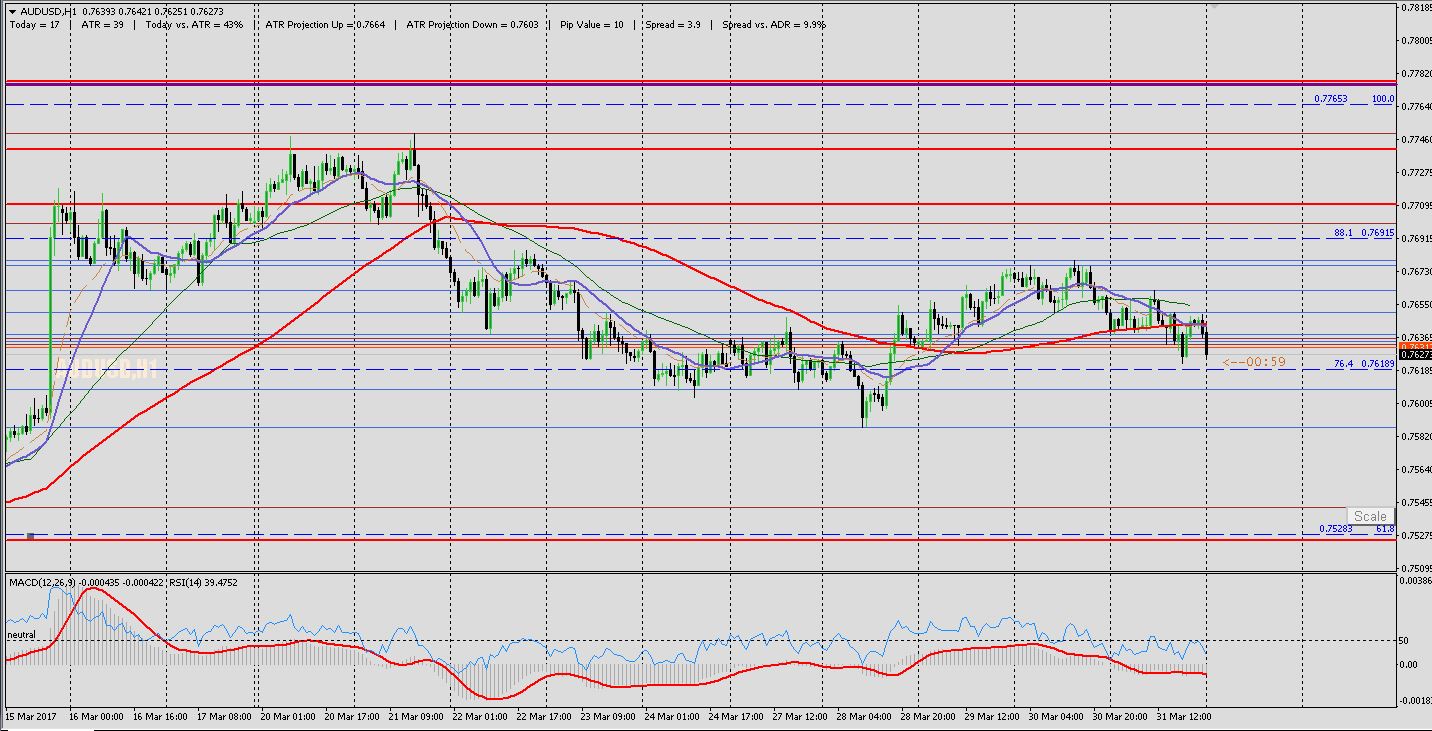 For the coming week, our Fibonacci levels are set at from the high of 0.77653 and low of 0.71450.  From the end of February to date, AUD has been range bound with no clear long term direction. These also form the major weekly resistance and support levels.  Although AUD fell below last week’s low, AUD managed to claw back some of its weekly losses and closed above last weeks close.

Although price is above both 20sma and 100sma, both are flat. Both MACD and RSI are in bullish territory. Current bias remains neutral on the weekly timeframe.

On the bullish side, likely scenario’s,

a) Price could move to retest the 88.1% Fibonacci retracement zone at 0.7691 if price closes and remains above both the hourly 20sma and 100sma.

b) A move higher cannot be ruled if price closes above the 88.1% Fibonacci retracement zone to test the daily resistance at 0.7705-10 level.

On the bearish side, likely scenario’s