Lithuania gained its independence from the Soviet Union in early 1990 and joined the European Union and NATO in 2004 and since then the country has been going through massive economic reforms to bring its economy to the level of the European Union standards.

Along with last December 31st clock strokes, Lithuania ended not only in 2014 year, but also the national currency Lithuania – Litas – existence. As of today, 1 January 2015, the last Baltic state, Lithuania became a full member of the Eurozone.

In his address to the nation, Lithuanian Prime Minister Algirdas Butkevičius said “a great achievement for Lithuania, not only guaranteeing economic security, but also providing greater financial stability and sustainable economic development.” Ten minutes after midnight the Prime Minister cashed the first ten Euro from the ATM, which is to be put into the National Money Museum.

In her New Year speech, Lithuanian President Dalia Grybauskaite commented on euro as “the opportunity to grow and be a modern European state, raise your new goals and look to the future with confidence”

Meanwhile, State Consumer Rights Protection Authority inspectors have been carrying out inspections across the country to make sure that prices are still shown in both old Litas and Euro and retailers will have to display their prices in both currencies until the 30th of January. This creates consumer confidence that common currency Euro does not bring hidden price hikes. Additionally, any violation of price display and conversion during the dual currency price display period may end up hefty fines or “blacklisting” of those enterprises inside the country.

However, in a survey, Lithuanians majorly commented that they are not worried about the price hikes but their neighboring country Russia and their aggression and see full Eurozone membership as insurance from any possible aggression. Although many are sad due to losing their national Litas, they believe adopting Euros will bring Lithuania closer to 18 other Eurozone counties, improve their security and create economic strength. 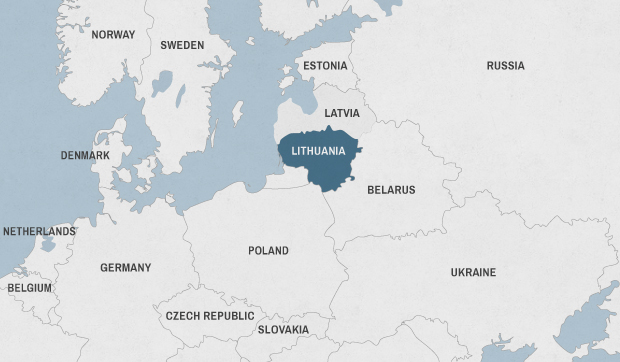 The AtoZForex team believes that this small country of 3 million people with +2.7% economic growth in 2014 will be affected by the European Economic downturn and the government will need to monitor national economic activities in order not to be a victim of the other troubling European countries.